In the times of uncertainty and fear that crossed the globe this year, we all looked for different ways to keep busy indoors. Some of us started by learning new things, taking up exercise and cooking a lot, meanwhile others looked for ways to escape reality through movies and great TV

We can unanimously agree that 2020 has not lived up to expectations, but K-drama fans can confidently say that this year did not disappoint when it came to the dramas. It served us well-written plots, great cinematography and best of all undeniable on screen chemistry.

Sadia and Celina discuss their top 5 dramas of 2020 and why they recommend them (without spoilers!).

Sadia: Looking at our lists, I see we only have It’s Okay Not to be Okay in common. It is definitely one of the standout dramas of the year.
Although the drama tackled heavy themes, it managed to keep a hopeful tone throughout. Each episode allowed the characters’ stories to build from one another and grow as the drama went on. The developments of the plot flowed at a comfortable pace, and it was entertaining watching the recurring characters’ stories unfolded.

Initially, I was drawn to the drama because of the chemistry between the main characters played by Kim Soo-hyun and Seo Ye-jin. Each interaction served us sexual tension, countless comedy moments and a heart-rending story.

It’s only second place on my list because I’m a huge fan of the zombie genre. What drew you to It’s Okay not to be Okay, Celina?

Celina: Kim Soo-hyun, of course! On top of the fact that it was often recommended by other K-drama fans, and I can see why. When I read the synopsis, to be honest, I did not really understand what it was about so I was slow to start it. I love the integration of the children’s stories showing the dark side of fairy tales, and how the author related that to her own life. I loved those stories so much, I even bought one of the books!

It is also a drama that kept surprising me which is a change of pace when others can be so reliant on tropes. This is mainly why I chose it for my number 1 spot. Additionally, while it had its darker moments, I liked that it balanced it out with some comedic and heart-warming scenes.

There were moments in It’s Okay Not to be Okay that actually scared me more than I thought it would. I tend to stay away from anything in the horror genre. I see you are braver than I am with your number 1 spot. Can you let a scaredy cat like me know what you like about Kingdom 2?

Sadia: To be honest, I’m also a scaredy cat and cannot sit through anything horror. Yet for some odd reason zombies don’t haunt my dreams.
Kingdom 2 picks up straight from where the first season leaves fans hanging, and thrusts us back into the tense battle against the undead. The drama doesn’t hold back its pace at all, every moment in its short season is jam packed with action, politics and jump scare moments.

The main characters become more steadfast and tactical about their battle with the enemies, both the dead and the living. Although the second season was much more politically focused and spent time explaining the origins of the disease, it cleverly managed to maintain its thrill factor.
It’s only vice is that,once again, we’re left hanging for another year for the third season.

I loved Crash Landing on You’s take on the modern day star-crossed lovers tale. It’s another buzz worthy drama for 2020 with significant viewer ratings. Was that the reason it made your list?

Celina: Wow! That sounds so interesting. Maybe one day, in a well-lit room, I’ll sit down and watch it.

Crash Landing on You initially intrigued because it was starring Hyun Bin who is an old-school favorite of mine. I was sick of seeing him play the rich CEO in his previous K-dramas so I thought this was a nice change for him. I was absolutely taken in by the chemistry of the two main-leads. Son Ye-jin plays the female protagonist, and she and Hyun Bin are adorable together. You cannot help but to root for them despite the impossible circumstance and barriers between them.

On top of the lovely romance, I have always been interested in how North Koreans are depicted in South Korean media. It seems they are commonly reluctant spies trying to infiltrate South Korea. In the first half of Crash Landing on You, the setting takes place in a poor countryside showing the day-to-day life of regular citizens. It was a different take on North Korea, and it was actually criticized for romanticizing it. I don’t agree that it did, I think it just humanized the citizens who are just trying to live their lives despite their circumstances.

I see Hot Stove League is next on your list. What drew you to it?

Sadia: Unlike Crash Landing on You, Hot Stove League is devoid of romance and focuses completely on social issues and politics within a baseball plot.
I’ll be honest, I don’t know anything about baseball, but it doesn’t affect the intended message. The drama centres human relations, shared struggles and social issues faced by South Koreans.

Its cast list is full of familiar faces, playing well-written characters that put everything on the line for the sake of their team, Dreams. I enjoyed watching each character’s development and commitment to the role, especially the dynamic duo in operations and the elusive manager, Namgoong Min.

I must say I’ve become a huge fan of actor Oh Jung-se. Although he plays a despicable villain, his ability to portray his struggle felt real and somewhat relatable. He’s another reason I truly enjoyed It’s Okay Not to be Okay. The calibre of acting and his versatility is praiseworthy and I sincerely hope to see him in leading roles in the future.

Into the Ring also takes on themes of politics and corruption, but within the District people’s council. This drama made its way onto my list for many reasons, but mainly because of the way it took on serious topics and comically put them in layman’s terms.

The plot was filled with so many laugh out loud moments thanks to the lead character’s untameable tantrums and eccentric solutions. I loved how Nana’s character was so goofy, yet ambitious and very determined.
Both the leads’ personal agendas and idiosyncrasies kept each episode interesting. Nana and Park Sung-hoon had great chemistry and it was definitely a strong selling point for me.

It’s such a shame that Into the Ring didn’t get a lot of buzz. I do bring it up and recommend it to everyone as the most underrated drama of 2020.

I’m so glad to see Itaewon Class made it to this review. Why does it take third place on your list?

Celina: Oh Jung-se is great, and I loved him When the Camellia Blooms from last year.

Itaewon Class was something different for me to watch since I tend to flock to romance. While there is romance in this K-drama, the basis of the story was good old-fashioned revenge. Park Sae-ro-yi (Park Seo-joon) is an optimistic character who, even from a jail cell, devises a plan fueled purely on revenge to take down the man who ruined his life. The story had drama at every turn. There were various obstacles that Sae-ro-yi managed to overcome proving his determination.

I also liked that it addresses the stigma of being a “criminal” and showing that he is still able to accomplish his dreams and be a part of society. Because of his situation, he is able to empathize with others who are also commonly ostracized by society. This is part of why there is such a diverse cast of characters which includes a trans-woman and a former gangster.

Tell me more about The World of the Married and why it’s on your list.

Sadia:If you haven’t watched it, let me tell you, The World of the Married is revenge drama at its finest! It’s based on the BBC drama Doctor Foster, but it’s adapted to depict several perspectives on the ripple effects of marital affairs.

Essentially, the plot revolves around the breakdown of an image of the perfect family. It was dark and sometimes quite distressing to watch and certainly took me on a rollercoaster of emotions.

This won’t spoil it for you, but one of the many memorable scenes for me was the moment of realisation for Ji Sun-woo (Kim Hee-ae) that her loving husband was cheating. The drama became much more than the affair, but it was such a great catalyst moment. It was filled with so much rage and madness that set the tone for the rest of the series.

It goes without saying that each member of the cast played their roles tremendously well. It’s definitely a career-defining drama for many of the cast members.

I’ll be honest, it’s on my list because I found myself screaming at my screen a lot. Which usually is a good sign, meaning that I am fully invested in the drama.

Hospital Playlist is the only drama on your list that I haven’t watched. Tell me why it’s in your top 5 this year?

Celina: That K-drama sounds great, I will definitely check it out.
Hospital Playlist is probably the opposite of any revenge drama. It’s a slow-burn K-drama that centers around 4 doctors who went to school together and are now professors at the same hospital. The show is on the more realistic side and focuses on a doctor’s struggle with handling the lives of different patients while also trying to balance their own personal life. I enjoyed how differently it formatted a hospital drama.

This genre tends to always be about medical emergencies or centered around a genius doctor. However, the doctors in Hospital Playlist are very human who make mistakes. There wasn’t always a medical emergency and sometimes a whole episode was just about helping a daughter deal with her mother’s diagnosis. It is coming back for another season, so I’m excited to see where the story goes in the second part.

Start-Up is the last on my list, and it’s a more light-hearted K-drama. What caught my interest for this K-drama was the female boss aspect of it. Similar to Itaewon Class in terms of competition, two sisters rival each other in a full-on battle between becoming the better CEO for their own start-up companies.

While the love triangle in the K-drama is a large aspect of the story, Seo Dal-mi’s (Bae Suzy) drive to become a CEO despite not having the educational background is inspiring to watch. Conversely, her sister (Han Ji-pyeong), is just as impressive as she goes out to prove that she can be successful without any hand-outs from her step father. Both are strong female characters, and the K-drama never takes itself too seriously with a funny supporting cast and a love story to round out the story.

And that rounds up our favourite dramas of 2020! Looking back at the series we’ve enjoyed this year, it was difficult to narrow our lists down to only 5 titles. It would definitely be a shame not to give an honourable mention to some of the titles that missed the list: Kairos, Flower of Evil, Record of Youth and Hi Bye, Mama. 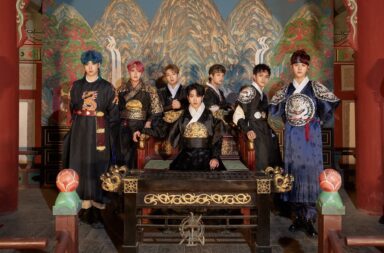