Back in 2018, NCT 2018 released an unprecedented dance MV, the likes of which had never been seen before in K-pop: “Black on Black.” With an astounding 18 members, the group’s choreography was uniquely powerful and hair-raising — a stunning fulfillment of NCT’s potential. Particularly indelible is the image of maknae Jisung leading his 17 members in a precise triangular formation.

Now, two years later and five members larger, NCT has slammed down the gauntlet once more. With “Resonance,” NCT 2020 combines the verses of previous title tracks “Make A Wish,” “90’s Love,” and “Work It” with the chorus of album b-side “Raise The Roof” to form a sprawling mosaic of a song. Like its predecessor “Black on Black,” the newly-released “Resonance” is a performance-focused MV. Yet in its very last moments, “Resonance” strays from the standard dance MV template, to exciting effect.

“Resonance” does meet some dance MV expectations. For one, “Resonance” jettisons the intricate, complex visuals of a typical video in favor of simplicity, which allows the choreography to shine. There aren’t even solo shots of the members, and the entire MV only uses two main sets.

The first set appears to be a concert stage, complete with dramatic strobe lights and an expansive stage. The second is a more typical “box MV” set, spruced up by a range of different lighting choices and background themes.

In the “Resonance” MV, the second set shifts styles several times, with a new look for each song sampled. When “Make A Wish” plays, the walls turn blue and the floor becomes tiled and patterned; this hearkens back to the intricate carpets in “Make A Wish”’s original MV. When the song morphs into “90’s Love,” the floor then resembles a gym floor, which alludes to the ice hockey concept of “90’s Love.” And when “Work It” is introduced, the set takes on its simplest appearance, echoing the sleek aesthetic of its original video.

Since NCT only uses these two sets, the shapeshifting nature of the second one proves a wise choice. “Resonance” is able to add plenty of variety to an otherwise simple MV, and while doing so, also reference past title tracks from NCT 2020’s two-part album. “Resonance” is an exemplary case of set design that was likely cheap to produce, yet doesn’t look too cheap.

In sharp contrast to the low-budget sets, however, the camerawork is dazzling. This is where “Resonance” truly stands out from other, far more typical, dance MVs.

In the last 30 or so seconds, the camera suddenly swoops and spins around NCT’s 23 members. (Is it just me, or does this scene share a lot in common with the stadium scenes in SuperM’s “Jopping”?) It’s a breathless, exhilarating shot — almost as if we viewers are flying through the concert arena, whipping in circles around NCT. Thanks to the camerawork, “Resonance” transforms into an awe-inducing extravaganza.

“Resonance” also smartly uses unusual transitions to add extra bombast. In one scene, Ten appears to smack the camera upwards, sending it through each of the different sets used. This same technique was used in NCT 127’s “Kick It.” Later, Johnny likewise sends the camera spinning through all the sets, albeit horizontally this time. And as an even more overt reference to “Kick It,” Ten kicks the camera during his climactic dance break, which serves as a segue into a different shot of the dancing.

Just as its visuals explode during the last segment, the MV’s soundscape also shifts dramatically. “Resonance” closes to a wall of chorused shouts, a powerful and frightening (but in a good way) sound that also manifests in “Black on Black.”

Elsewhere in “Resonance,” the song also makes some truly terrifying choices — but this time, it seems unintentional. During Jeno‘s rap, a very creepy “Hello?” adlib suddenly blurts out. (Is that Yangyang’s voice?) A few seconds later, yet another “Hello?” pierces the track. Thankfully, in the original “90’s Love,” these interjections are nowhere to be found.

With so many different songs, all spliced into a single video, “Resonance” nevertheless maintains a sense of continuity. This is partly thanks to the uncomplicated color scheme, which consists mostly of bold reds and blues. Since these same two colors are omnipresent, the differently themed segments all remain intertwined with each other.

However, this visual consistency is actually one of the most confusing aspects of both “Resonance” and the rest of NCT’s recent releases. Nowadays, what differentiates the three permanent units from one another? And what makes each recent NCT U song distinct from the rest?

Recently, NCT Dream stopped doing bubblegum pop, NCT 127 strayed from their usually experimental and polarizing concepts to release the crowd-pleasing “Touch” and “Highway to Heaven,” and WayV started promoting in Korea as well as China. In essence, the units have begun to bleed into one another. This isn’t necessarily bad (indeed, the group’s output keeps steadily increasing in quality) but can prove challenging to non-fans, who don’t quite know what to make of each unit. To broaden NCT’s impact, it may be wiser to orient each unit towards a different audience, as seems to have originally been the plan.

Thus, “Resonance” displays the group’s greatest strengths as well as its most pressing issues. By showcasing their impressive dancing, daring cinematographic techniques, and growing homogeneity between units, “Resonance” is perhaps the purest distillation of NCT’s identity yet. 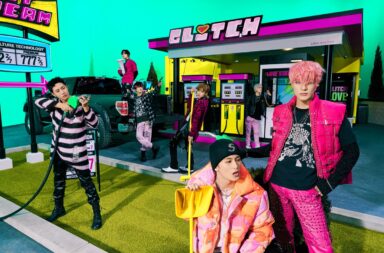