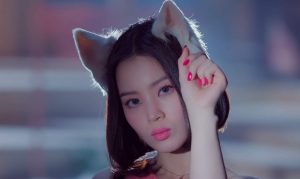 Lee Hi’s career has been marked to a great extent by frustration, long-delayed comebacks, 3-year gaps between comebacks in an industry where the top artists deliver many in a single year. As a result, we have only had two Korean language albums from her prior to this since her debut in 2012. This can have many different effects on the music.

In the case of Lee Hi’s third Korean comeback album 24C, it has resulted in her making some changes to her image and style of music. To a certain extent, this album is a “maturation” album, there is much that has notably gone here that was present in her first two albums. For me, the biggest thing is that none of the sweetness or softness that were on display in the earlier years. Instead, there is a distinct confidence and maturity that runs through the album. 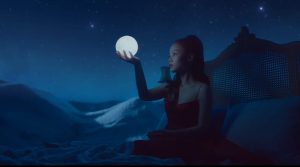 This album seems to explore the dark side of romantic relationships, the loneliness and the longing, the frustrating relationships, and the break-ups. Of course, these are themes that have been covered before in Lee Hi’s music but this album is solely focused on these experiences.

The first two songs of the album, “No One” and “No Way” act as statements of desire, expressing longing for someone and but also at the same time, revealing deep-seated feelings of loneliness. In particular, “No One” comes across as almost desperate, painting the situation as almost unbearable. In “1,2”, Lee Hi over striking tropical house beats expresses anger about an irritating partner. The soulful “Love Is Over” functions very much as a typical break-up tune, reflecting on the struggle to move on the relationship. Then the final song on the album, “20 Min” details her anger and annoyance with a certain someone over gentle guitar strums and the sound of water-drops. 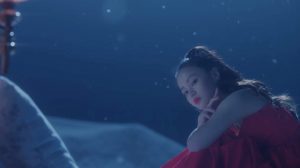 All of these emotions are set out in these songs in mostly blunt, honest lyrics. “No One”  in particular comes across as very straight to the point, perhaps too much for me.  Especially after having watched the gorgeous music video, I do really wish that the moon and cat imagery that was heavily featured in there had been featured in the music. There are other songs on the album that do though come across as a lot more nuanced and complex like “20 Min” written by Lee Hi herself and “1,2”. Musically, “24C” combines these mostly darker themes with generally upbeat musical genres.

There is a wide range of genres on display in this album, a gospel, soul-infused ballad (“Love is Over”), tropical house (“No One”, “1,2”), R&B (“No Way”), a guitar-led ballad (“20 Min”). While this does positively display a high level of confidence, in this album, it has produced mixed results. Both the tropical house tracks on the album, “No One” and “1,2” for me in part feel outdated and both fail to truly utilise one of Lee Hi’s greatest strengths, her strong voice with their minimalistic choruses. The other songs work better for Lee Hi, letting her voice not held back but rather display its full potential. In particular, I am thinking about “No Way” where Lee Hi creates amazing harmony with GSoul but for the first verse, Lee Hi alone showcases the depth and breadth of her smooth, powerful voice.

More than anything, this is an album that shows that Lee Hi deserves more, in particular, more comebacks. It is clear that she is a confident singer who is highly talented and skilled. Yes, it can be argued that while more time between comebacks can help to create better comebacks. However, with all the delays this comeback has had (it was first announced in 2017), that this is probably not the reason for this. Lee Hi with her abilities should have a career defined by her wealth of talents and her boldness rather than constant frustration.