The End of Dramafever And The Illusion of Mainstream 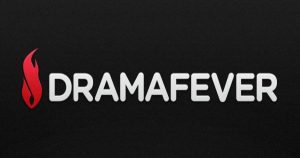 On October 16, drama fans the world over had their hearts broken when Dramafever, one of the biggest sites for Asian dramas, was shut down without warning. The statement issued at the time cited rising costs of licensing in the face of increased competition, which seemed plausible.

However, the last week has revealed a much uglier tale, revealed by the shuttering of an arthouse film streaming service. The implications behind this are both confusing and depressing; revealing a corporate disdain towards anything perceived as insufficiently mainstream.

The story starts here: In June, AT&T bought media conglomerate Time Warner, which owns Warner Brothers and HBO, among other properties. Four months later, Dramafever was shut down without warning. Three days after that, Generation Z- targeted streaming service Super Deluxe was shuttered. Then, last week, Filmstruck, a curated service fueled by Turner Classic Movies and The Criterion Collection, was announced to be closing at the end of November. This has caused a serious uproar, not only due to the sudden loss of access to rare films but also because AT&T finally showed their hand.

The statement issued by Turner Classic Movies stated outright that Filmstruck was ending due to being a niche service. While frustrating for fans of classic and indie cinema, the presence of this mindset helps illustrate the larger picture behind AT&T’s decisions. Because honestly, if you think about closing Dramafever for financial reasons, for more than five seconds, it falls apart.

The decision to end Super Deluxe and Filmstruck can easily be interpreted as a new boss being unwilling to put time and resources into unproven fields. These services were both less than three years old, poorly advertised, and had limited ways to access them. Dramafever has no such excuses, not really. It’s not some infant start-up in a risky field– Dramafever was nine years old, had a long partnership with Hulu for wider distribution, and was ubiquitous in the drama community. Their extensive list of exclusive licenses, such as Answer Me 1988 meant that even people who typically used other sources would use it eventually. 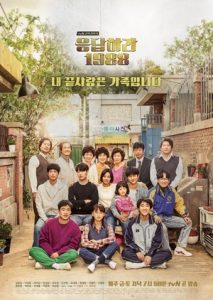 While I have no doubt that there has been an increase in cost over the last few years, that can be largely attributed to the rise of genuine competition and is likely to have been offset by the rise in viewership brought on by increased visibility.

Moreover, if the decision was truly financially motivated, there would have been evidence of attempts to increase profits, such as switching to membership-only service or raising the cost of membership for the first time in four years. Shuttering it instantly makes the least sense from a financial perspective.

The truth of Dramafever’s demise can be seen much more honestly through the ending of Filmstruck. On the surface, Asian soap operas and arthouse cinema have nothing to do with each other. Underneath the surface, they still don’t. The similarities lie in their fans. These are fields of entertainment that are popular in the United States primarily as an alternative to mainstream programming. To AT&T, they’re inherently niche services that are capable of attracting a following but will never earn the profits of a conventional streaming service, which is the real issue.

Just before starting their cancelling spree, AT&T announced plans to launch a new streaming service in 2019, anchored by shows from their newly-acquired HBO. Their shuttering of Filmstruck not only freed resources but titled licenses to pad out the content of their upcoming service. Ending Dramafever gives them employees with experience, both in terms of longevity and scale– Dramafever had over 13,000 titles on October 16, and 80% of the employees are being retained by the company. All it cost them was a big fish in a small pond because no one in America really cares about something as weird as Asian entertainment.

Except that’s not true. As of 2018, Asian media is no longer niche.

Now, I’m not saying that PBS is about to start showing K-dramas, but the times, they are a-changing. In the year 2018, BTS charted a Billboard top ten hit and got some real radio play with “Fake Love”, Crazy Rich Asians killed at the box office, and Korean tv shows are being adapted for American audience– ABC’s The Good Doctor just entered its second season, and The Masked Singer premieres on Fox in January. 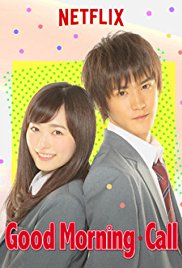 Moreover, streaming services are showing an increased presence in the Asian drama market. 8 years ago, Netflix had ten K-dramas. Today, they have dozens of dramas, not just from Korea, but Hong Kong, Taiwan, and China, and have even co-produced the Japanese drama Good Morning Call. They’ve even started licensing shows to update as they air to better compete with traditional Asian streaming sites. It’s become clear that Asian dramas are a profitable field that services like Netflix and Hulu want to expand their presence in.

So why did AT&T, after acquiring a respected streaming service in a rising market, close Dramafever? My only guess is branding. They have an idea for what a mainstream streaming service looks like, and it doesn’t include dramas. Normally, when a buyout results in a company owning properties they don’t want, they have the decency to tank them financially before shutting them down, but with that can take a while– it took Disney ten years to justify canceling Power Rangers. However, AT&T is on a schedule, and with the increased interest in Asian entertainment, it was unlikely Dramafever would lose enough money to justify closing it, so they killed it alongside two other services that were legitimately shaky business investments.

Here’s the thing that keeps bugging me: the idea to shutter niche services like Filmstruck and Dramafever, rather than roll them into their new service is stupid. Yes, arthouse cinema and Asian dramas don’t speak to a wide range of people. But in today’s world, everything is niche. Netflix, the service AT&T is trying to emulate, has seen success not by focusing on mass appeal, but making or licensing a huge variety of content. AT&T could have brought these disparate fields and their audiences into their new product. Instead, they were unceremoniously ended for the crime of being weird, in a world where weird is the watchword. As I mourn the loss of Dramafever, I can only hope that this decision backfires as much as I hope it will.