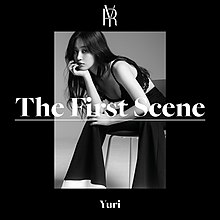 It’s been a complicated year for Girl’s Generation. They’ve had multiple member departures, leaving them with a questionable line-up repackaged as a sub-unit, Oh!GG. It’s not surprising that this is the environment that prompted SM Entertainment to give Yuri a solo debut. At this point, they have nothing to lose by giving Yuri a shot at the spotlight and thank god. Simply put, The First Scene is a showstopper of a debut. It’s a masterpiece of composition, production, vocal performance, and themes. Every element comes together, creating a whole that is simply spectacular.

Structurally, The First Scene is split into three pairs of songs with similar emotional and lyrical tones, given cohesion via shared production elements. The first pair are the sexual tracks, consisting of title track “Into You” and “Illusion”. Here, we see Yuri delving into her seductive side as she entreats the object of her desire to join her in her lust-filled haze. Her performance leans heavily towards this, staying in her lower register and exploiting her breathier voice to further enhance the sultriness of her performance.

The instrumentation differs sharply, with “Into You” focusing on woodwinds, chimes, and delicate synth lines for a softer track. “Into You” is the mingling of lust and love, the former a consequence and expression of the latter. “Illusion”, on the other hand, is pure sex.  Thudding, bassy synths placed in direct contrast to Yuri’s most alluring cooing and suggestive moans, with a touch of piano for class. It’s a potent head trip that straight up works.

The next pair, “C’est La Vie! (That’s LIFE!)” and “Butterfly” are the hopeful, earnest tracks. These show Yuri’s starry-eyed wonder at the world around her, reaching towards the new and untested with both hands. She defines life as the pursuit of dreams and savoring of moments. “Butterfly” is equally warm, speaking of butterflies and new love. Notably, these views are both framed as the result of experience rather than naivete. Yuri knows what matters in life and relishes in butterflies because she’s 28 and has spent 10 years as a mega-star, which has apparently given her a firm appreciation for the little things in life. 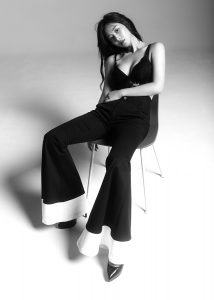 “C’est La Vie!” continues in the synthpop sound, but pulls from older influences, much more French house than dancehall. The result is a pleasantly vintage sound, a track that’s old-school but not dated. “Butterfly” is easily the least interesting track, a guitar piece that’s nice but not stellar. Still, the gooey acoustic guitar matches the lyrics extremely and provides a change in sound at just the right point.

Rounding out The First Scene are the ending songs of “Chapter 2” and “Ending Credits (To Be Continued)”. Not ending as in the last tracks, but the ending as in the end of a story. Both of these songs are ruminations on failed relationships, but they’re framed in terms of storytelling. “Chapter 2” details Yuri’s attempts to move forward, to start a new chapter in her life and find new joys. “Ending Credits” looks at the end of a relationship as a movie, watching the credits roll and savoring the good moments of this now concluded story to ease the hurt of the film finishing. The telling thing is that stories have two defining rules: they have to end and they’re not real. Yuri has come to see relationships as enjoyable diversions from reality, pastimes that bring her great joy but cannot possibly last by their very nature.

“Chapter 2” is easily The First Scene’s standout track. It’s a sparse piano ballad, but it’s given so much weight through the use of echo and strings to provide a sense of grandiosity as Yuri sings her heart out. It’s a song that should only be performed lying on a baby grand in a concert hall; anything less will cheapen it. “Ending Credit” is more restrained emotionally, with a busier track and a return to the cooing that opens the EP. It’s a synth ballad that provides a sense of calm and closure that allows the first scene to end with a feeling of satisfaction in its audience. 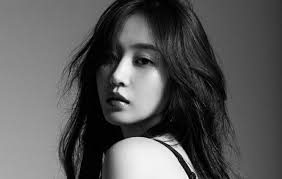 The three disparate song pairs are held together with excellent, unified production, particularly two key elements: space and performance. Every track on The First Scene is brimming with space. Normally, space on a song means a blank spot in the layering. It’s the audio equivalent of missing a spot. Here, I mean space as in open, empty space. The EP sounds like it was recorded a large empty area, allowing the track to be filled in with echoes of the instrumentation rather than layers. It’s most noticeable on “Chapter 2” but that space runs through the entire mini, giving the production an organic, genuine build that feels raw and honest.

The other recurring element is that of performance. The Last Scene feels less like an EP and more like the soundtrack to a show. Each song comes off as if Yuri is speaking to the audience, not as a singer, but a stage act, a give and take rather than a set statement. The aura of the whole mini is almost burlesque in nature as Yuri winds the audience up, twists them in knots and tears them down. It’s a potent sound that gives The First Scene a unique edge and sets Yuri up to use her best skills as a performer.