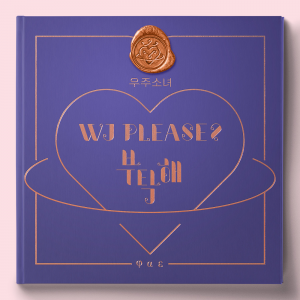 What sets Cosmic Girls (WJSN) apart from many of the other groups is their future-esque, space-like sound as suggested by their name. Using many synth sounds and effects, they take on a dreamlike and mystical aesthetic that is quite unique in the industry today. Their latest mini-album WJ Please returns to these roots to deliver a very cohesive and consistent synth-pop style, making it an extremely solid release by the girl group.

The title track “Save Me, Save You” was definitely aptly chosen as it not only stands out as an exceedingly public-friendly release, but also sets the tone for the rest of the album. The fantasy-inspired opening instrumentals give way to soft and delicate vocals, which then picks up to the strong chorus featuring interesting elements of vocal harmony. With how diverse these initial three sections are in terms of musical style, they could have easily fallen into the trap of making the track sound very disjointed and disconnected. However, the prominent synth notes featured in the background really acts to tie the song together. It is this musical element quite reminiscent of space and galaxy — a theme not unfamiliar to Cosmic Girls — that creates the cohesion for the entire album.

What is interesting is that although the following three songs, in addition to the title track, are each distinctive in their own right, all the tracks still maintain cohesion. The latter three songs draw on one single stylistic element first presented by “Save Me, Save You” and expand on it. “You, You, You” draws on the dreamlike opening in the title track as its entire theme; honestly, this song would fit in perfectly into an anime. I especially enjoyed how seamlessly the rap section is woven into the track — it was an unexpected but welcome twist.

On the other hand, “I-Yah” starts with the soft, almost shy, vocals that we heard in “Save Me, Save You”, but quickly gives way to a darker and more mysterious sound featuring a very upbeat and driven melody similar to the title track’s chorus. “Masquerade” is probably my favorite song off the album; it starts off waltz-like in the instrumentals, almost like a mesmerizing tune from a fairy tale, perfectly complemented by the softer and melodic vocals that come through later. This track is very much unique in its style, setting it apart from the pop sounds commonly heard in K-pop.

While the first four tracks did an excellent job in pushing forward the unique sound of the group, the latter two songs were slightly less successful in doing so. “Hurry Up” is that sassy song; it departs slightly from the dreamy sound and moves towards a big band style which seems to be making a return in K-pop. While it is a fun track to listen to, it is, unfortunately, not the strongest song on the album stylistically. 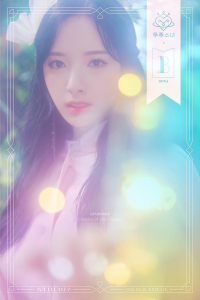 “Hurry Up” does not seem to fully commit to the jazzy genre and seems more like a track that is trying to mimic a particular style instead. It remains a nice listen, but nothing outstanding enough for it to push the girls to greater recognition. The same can be said about the final track, which is, of course, a ballad (really, what album would be complete without a ballad at the end?). “You and I” closes off the mini-album with soulful, heartfelt vocals. Melody-wise, it is solid, but the song is just such a typical ballad that it fails to stand out either.

Ultimately, WJ Please is a satisfying release by Cosmic Girls, especially the first four songs which really take on the group’s characteristic dreamy and fantasy-like sound. I really like how they explored this style in different ways, proving that they can be consistent with their musical concept without being boring. It is definitely a step in the right direction for this rising girl group!