This review contains spoilers from the drama. 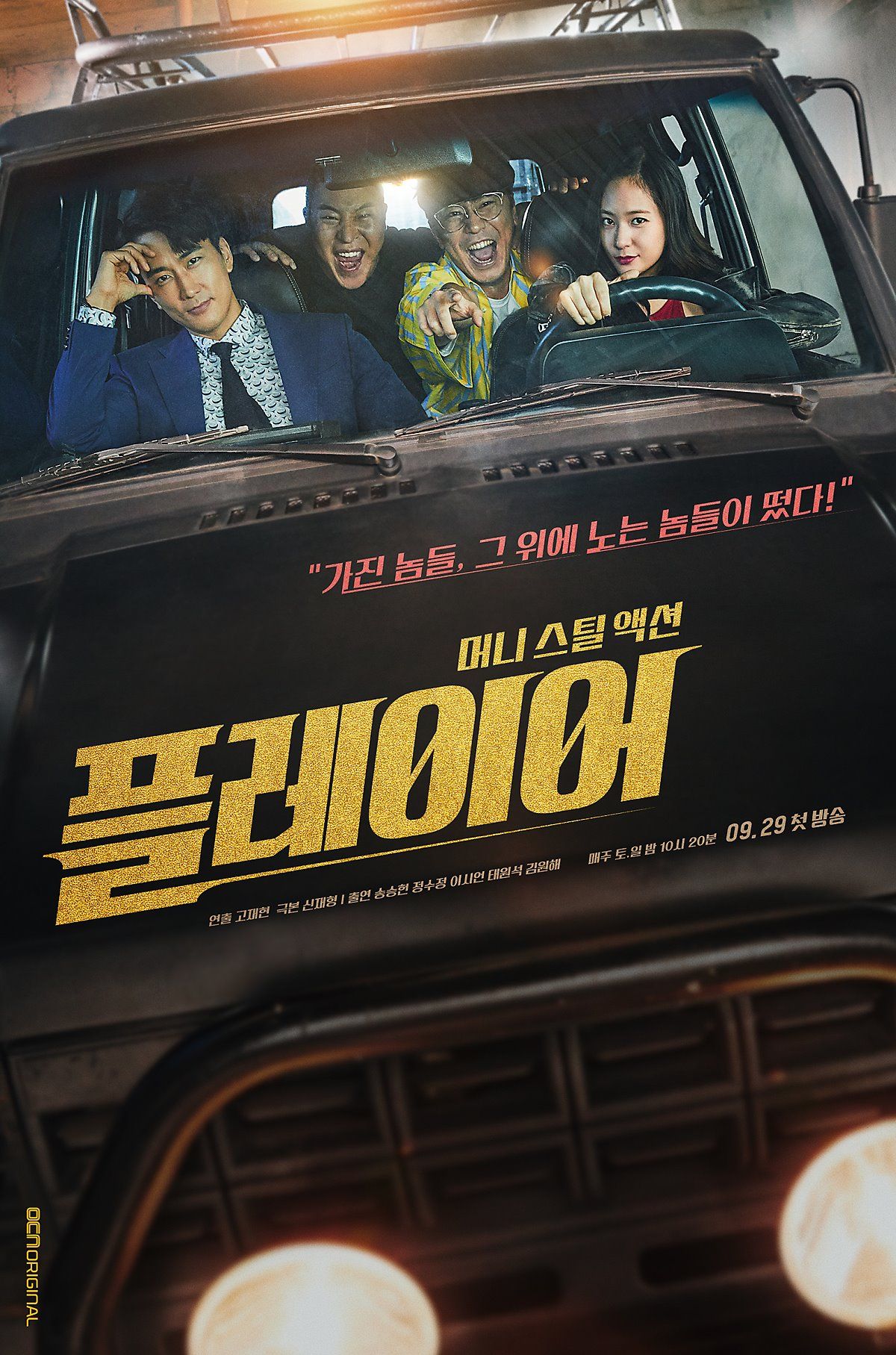 If you’re looking for a fun, action-packed drama, then Player is the drama for you. This light-hearted crime drama premiered with the highest-rated pilot episode on its channel, OCN. Player, with its star-studded cast, provides its audience with an exciting and amusing form of entertainment. A drama about four con-men (specifically, three con-men and one con-woman) who drive stolen cars to chase after money, Player weaves together some interesting, and occasionally subtle, social commentary with a touch of humour, thrilling car-chases, and exhilarating fights.

Player places great emphasis on the themes of political corruption, and the wrongful treatment of women at workplaces. Think of the crew of four thieves as your traditional Robin Hood — except, instead of bringing you money, they bring you justice (and keep the money). The crew of four only steal from power-hungry, wealthy, and corrupt politicians, especially those have wronged innocent people on their way up.

A more specific focus is on workplace rules for women, particularly in terms of sexual harassment. In one of the earlier episodes, the plot revolves around Koo Ji-sung (Kim Sung-cheol), the heir of a huge conglomerate known as Hyun-jin Group, who sexually assaults a waitress and gets away with it. In fact, he is shown to have been getting away with it multiple times for a number of years, uploading videos of these assaults for sale on a heavily protected site. Or, at least he does get away with it until the Robin Hood Crew (for the lack of a better name) catch him and his father involved in multiple crimes, sexual assault is just one of them. Though it may seem like an extreme fictional case, it does highlight the problem of sexual assaults on powerless women (by powerful men) and may remind one of the issue of spy-cams in South Korea, where videos of women are taken without consent for them to get sold.

This theme lingers throughout the entire drama; the wife of another chairman is seen to be cleaning up his political mess, making sure there are no scandals lingering behind him. Another instance shows a teenage orphan being tempted by a job offer from a gang member, only for him to sell her off to a businessman.

Other than the social criticism, though, the plot lacks in several ways. While the action scenes are directed well, and the camera-work deserves praise, the depth and substance of the plot fall through. Too many sub-plots are thrown together in a short period of time, leaving little room for plot development and leaving the audience in a state of confusion. The Robin Hood Crew go around taking down politicians and personalities in power without suffering any major repercussions.

Save for minor injuries, these four relatively ordinary characters don’t undergo any considerable fallouts despite getting into trouble with not only with corrupt politicians — while trying to set them straight — but with righteous policemen too, as they steal from the former. Sure, it’s just a K-Drama, but it’s not unrealistic to expect a crime K-Drama that’s somewhat in touch with reality.  Or perhaps it’s my inexperience in all-things-seriously-criminal speaking.

This unrealistic quality of this drama spills over to the character development of the main cast. Although each character has a definitive character trait or quality that they’re absolutely essential for, they don’t seem to hold any importance beyond it. Similar to the plot, the characters lack depth and seem over-exaggerated. Byung-min (Lee Si-eon), the team’s hacker, was introduced by showing his win at a hacking competition. He managed to hack a platform in seconds, while it was taking his opponents hours of coding and problem-solving; this appeared to be practically impossible, seeing that it was a competition amongst the best international hackers.

Alternatively, take Ah-ryung (Krystal) for example, who is the team’s getaway driver. Without her, the team seems to be thrown into a frenzy every time they have to flee the police or some gangsters. Of course, it takes skill to drive recklessly, but the fact that the other three members are unable to keep calm and immediately go into a state of extreme panic, and lose functionality, comes off as excessive.

It’s understandable they do this to emphasise the importance of each team member, but it backfires by presenting the other characters as shallow and one-dimensional. This in no way means that the actors exaggerate the roles, or don’t bring it across well. In fact, it feels as though the lack of development of the characters doesn’t do justice to the capabilities of these actors.

However, this may also be due to the lack of back-story from each character. Towards the mid-season episodes, more pieces of the character’s background started to unravel; some are shown to have connections and relations long before they met professionally, which does complicate the characters and their dynamics, but also adds more layers to their personality. Their reasons and rationale for choosing a career in crime also start to come through. Here’s to hoping that these characters flourish as the episodes progress.

Even though the episodes so far have been a let-down, there is potential for Player to improve. Not only in terms of character development, but in terms of the plot build-up as well. Going forward, the storyline appears to be evolving in such a way that there is one common villain to bring down, as opposed to a multitude. With a plot-line that has space to broaden and deepen, it’s bound to bring about a greater understanding about the dark sides of crime and corruption, which seems to be one of the goals of the drama. Aiming less attention at trying to making it funny and humorous, and concentrating on the genre of a crime-thriller might make Player a whole lot more exhilarating.