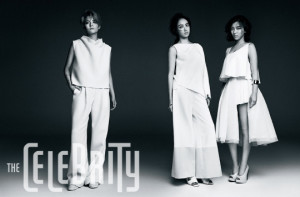 No, this isn’t what kids nowadays are throwing a blanket term of EDM over. It’s not what people call “future bass.” We’re going all the way back to when the bodies were movin’, the liquor was cheap and easy, and the music was jackin’. Boys and girls, we’re gonna explore when doors to the House of Jack first opened.

What many would call “deep house” nowadays was really just House when it started pouring out of the warehouse parties in the Midwest. This list explores Korean pop music (and music residing outside of the realm of pop) that borrows heavily from the earliest aspects of House, which relied heavily on the CR-78 and it’s crispier younger sister the 808, jungle, which exploited speaker feedback and explored sound wave manipulation, and the newer keyboard-heavy wave of House that began to crop up in the ’90s (a subgenre that started to meld more and more with its cousins in techno and trance).

It was hard to choose just a couple songs from some of these artists. For instance, SM began to get really involved in traditional House music. In particular, SHINee‘s 1 of 1, which many may have disregarded because it didn’t have what would be considered traditional “bops” by this generation’s standards. Just as this list, that album was a love note to ’90s music, meaning every genre therein, including the earlier elements of House music. This list could’ve really just been “1 of 1” plus one or two others, but that’s not how this works, so…

Enough yapping! Time to really let loose and get down to the nitty-gritty of real down-home House.