Oh My Girl's "Remember Me" Is Better Off Forgotten 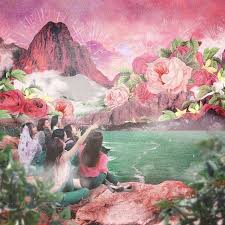 Oh My Girl is back! 2018 got off to an auspicious start for them, with “Secret Garden” pushing them from a cult following to mainstream success. This leaves them in the rather enviable position for their follow-up– they have a steady enough fanbase that they don’t have the pressure to remake their breakthrough, and can even use this opportunity to change up their musical style. Which is indeed what they did on their latest EP, Remember Me. Sadly, though, Remember Me is an example of times when an act switching up their sound doesn’t quite work out.

Oh My Girl have a very distinct sound– light, dreamy synthpop, with delicate vocals, and a very feminine aural. It’s not for everyone, including me, but even if I didn’t like it, I respected it their sound and considered them one of the top-tier acts in that hyper-feminine mold. However, Oh My Girl made the choice to evolve before the welcome wore out, a smart move.

The issue is what they evolved into.

On paper, the choice to move from synthpop to house-influenced pop makes a lot of sense. In many ways, house is synthpop’s wilder cousin, and this move would allow them to mature their image while retaining elements of their core sound. The problem is house is an all-or-nothing genre. House-influenced pop rarely works, and sadly, Remember Me stumbles on the execution.

Remember Me thankfully stays away from the overused tropical house sound in favor of deep house, dancehall, and the occasional reggaeton flair. The production is pretty solid. It’s not going to change the world, but the grooves are tight, the hooks are sticky, and the reverb has been sufficiently cranked. Better still, it retains Oh My Girl’s key aura of lush femininity– Remember Me is a change in direction, for Oh My Girl, but it’s still immediately recognizable as their work. 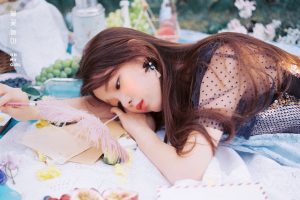 No, the issue comes up with the more aggressive production being set against the same vocal style that Oh My Girl has always used. I get what the intention was, the goal of balancing out the more powerful, thudding instrumentation with more delicate vocals. It’s a good concept, and it can work.

However, a key aspect of Oh My Girl’s vocal delicacy is restraint and control, which don’t mesh with house, a genre of raw emotion. It creates a disconnect between the vocals and the music that keeps the emotional core from truly forming on tracks like “Illusion” and “Echo”.  Heck, on “Remember Me”, the dissonance is so strong that it sounds as if the vocals and production weren’t actually meant to go together. Tellingly, the most cohesive track is “Twilight”, where Oh My Girl are able to let loose and perform emotively rather than with precision.

Thematically, Remember Me stays in familiar territory for “Oh My Girl”. It’s full of wistful, fanciful thoughts of romance, sweet dreams, and hazy, half-formed memories. It does dip into saccharine on a few occasions, especially on “Illusion”, but for the most part, Oh My Girl is able to rest comfortably as starry-eyed dreamers of love. “Remember Me” really pops, playing to their push to a more mature sound by applying Oh My Girl’s rose-colored glasses to an old relationship rather than a future one. It’s full of longing and denial, a fervent look at the good times and refusal to acknowledge the bad ones.

On the whole, Remember Me  is a decent comeback for Oh My Girl. It does show them evolving their musical style, and I do respect that. But, in the end, it doesn’t quite work. Either evolve the vocals as well or grow within synthpop. House-influenced pop is just not a great lane for them.