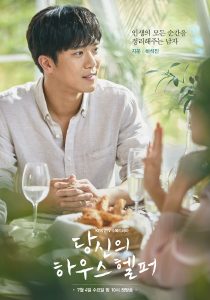 Gender-norms-switching Your House Helper is a breath of fresh air, but it tries to do a lot with its plot. It focuses on Kim Ji-woon (Ha Seok-jin), son of a prominent family who somehow ends up as a housekeeper, and his encounters with multiple girls whose lives aren’t quite perfect. With some humor, Your House Helper engages dramatic romanticism to try to make viewers connect with various characters and their struggles. Its episodic presentation that focuses on one female character every two episodes is interesting, but how well does it work?

The following contains light spoilers for episodes 1-4 of Your House Helper. There is also a brief reference to potential suicidal tendencies. Readers who may find this distressing are advised to proceed with caution.

Coming into the drama blind, I had no idea what I was going to get. That soon changed with the introduction, which is bound to intrigue the viewer–maybe through the merry music, or maybe through Mr. Kim’s introduction with his gentle and careful appearance. From his sensitive look to the way he approaches people, he is presented as the archetype of a perfect man.

I was mid-way through episode 1 when I realized that the introduction had ended, and that I wasn’t too sure what was going on, surely because there was too much going on. The episodic presentation mentioned earlier is true for most of the first four episodes. It’s crazy how much content the drama tried introducing: we get to meet Mr. Kim, Im Da-young (Bona), Yoon Sang-ah (Go Won-hee ), Kang Hye-joo (Jeon Soo-jin), Go Tae-soo (Jo Hee-bong), Chief Executive Ahn Jin-hong (Lee Min-young), a manager, an old man, some co-workers, and probably another million people. But it’s fine; don’t worry if you don’t understand who all of them are–I wasn’t too sure at the start either.

Together with the cast of characters introduced, we get foundations for what’s to come. The stories start developing early on—that is, too many stories. For example, we learn about Da-young, an ambitious intern at an advertising company, and her people problems, along with Mr. Kim’s own problems. Although we get those two very early on, there are many more, like Han So-mi (Seo Eun-ah), a nail shop owner who has a trauma related to men. Instead of adding long-term interest, introducing this many storylines so early deters the cohesiveness the drama might have been able to achieve. On the other hand, if developed well, this foundation might lead to some intricate storylines, but for now, it’s far too much for the average viewer.

Right as episode 2 started, the problem of misleading storylines becomes evident. Despite the name being Your House Helper, Da-young seemed to be as important as Mr. Kim, simply because she was the focus of the first two episodes. It’s not that she doesn’t get much screen-time after episodes 1 and 2, but that the storylines rotate between the girls, giving every girl and chapter of the story two episodes’ worth of screen time. Whether Da-young will have a greater presence going forward is still unknown. On that same note, one would also expect to see the show mainly through Mr. Kim’s perspective to anchor the changing foci on different characters. Instead, we get to see how the girls deal with their problems, and how Mr. Kim tries to fix their place after this. Thus far, Your House Helper isn’t really that much about the house helper. 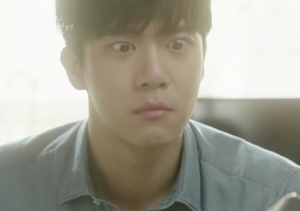 Another issue the show has is that the duality of the humorous characteristics and the emotionally engaging don’t work that well. By themselves, they could stand their own ground–the humour on its own is great. But put together, it’s horrible to see the humour break a captivating scene. The only thing it does is delegitimize the entirety of the drama’s seriousness. Looking forward, it’s going to be interesting to see whether the show furthers its approach towards one of the sides, or just keep this awkward tonal contrast.

But it’s not all so bad. Let’s talk about stand-out features. While my time watching this show hasn’t been perfect, there’s a facet that hasn’t been a let-down: the sound production. The music is light-hearted enough to make you smile, but also real enough to make you feel engaged. Likewise, the minuscule sound effects give life to every scene, from the scattering wind to the murmurs of people. Be it for the humorous or the engaging, Your House Helper relies on sound to give life to the scenes, in a way not many shows do, and that’s refreshing.

Another strength is the character development that we have been able to observe. Da-young, despite being such a prominent character, was not my favorite at the start, as she seemed spoiled and naive. Mr. Kim seemed the polar opposite–he seemed relatable and kind. Boy, did that change quickly. Through a series of humanizing scenes presented in episodes 1 and 2, the viewer becomes more likely to empathize deeply with Da-young. Contrary to my initial impressions, she’s not naive; she’s just lost and immature. She is ambitious, but she’s also trying to find her way. Mr. Kim, on the other hand, has simply grown to become unapproachable. 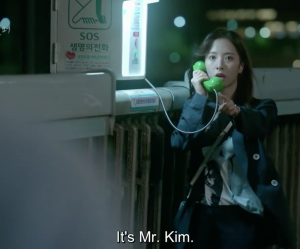 These types of scene are what have kept me going through the show. Even though episode 1 gave the show a rocky start, the ending of episode 2 changed the course. Above being slightly comical, it was incredibly engaging. Throughout the episode, there were ups and downs, but the final scenes were something special. The ending dealt with Da-young’s constant struggle to fit in, to have relations with people, and to get herself together. And we also got to learn more about Mr. Kim, and understand that he is not as put-together as he appears. At the very least, he has dealt with some sort of mental trauma and is feeling lost, and at the very worst, he could have had suicidal thoughts or attempts. This is expressed by a scene where he sees himself on the border of a bridge. Undeniably, this sort of character development is what’s expected for the rest of the series; these are the type of humanizing scenes that viewers yearn for.

Episodes 3 and 4 show more of someone else. While her story may not be as engaging as Da-Young’s, Sang-ah deals with a lot as she tries to find herself while in a relationship with a man studying abroad. Expecting a visit from her boyfriend, she goes mad with her dirty house. Not knowing what to do, she eventually ends up with Mr. Kim’s help. Apart from the expected cleaning, he is able to open her eyes to the fact that she isn’t in a relationship with floundering love; it’s all a sham, it’s a broken relationship. It’s an eye-opening realisation, and Sang-ah decides to end the relationship although she is conflicted. More than just the self-contained actions, this character growth is interesting, not only for Sang-ah but for Mr. Kim. Twice over the span of four episodes, Mr. Kim fixes someone else’s problem. This fact becomes more interesting when we are reminded of his unknown trauma–it hints at how, maybe, he helps others because he can’t help himself. 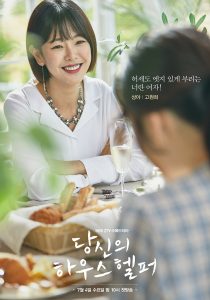 Granted, by episode 3, viewers are still bound to be slightly lost, but at least not as much as they were initially. Amongst other factors, it’s remarkable how the viewer is invited to relate to the characters. This doesn’t diminish the confusing intercalation of different storylines, but it’s working better than expected to maintain cohesiveness. Apart from the obvious interaction between Mr. Kim and the girls, there are some prevalent interactions that keep the show running. Occasionally, Da-young interacts with Sang-ah, while Sang-ah is good friends with Hye-joo. While it isn’t the most prevalent element at the moment, these character interactions are likely going to increase. With Sang-ah searching for a house and Da-young looking to rent out a room, the two are likely to end up living together.

Looking at the complications presented by the drama, you may have noticed an overarching theme. In a way, the show is enlightening in how it deals with different problems in the life of (mostly) women. More than anything, it tries to show a lot of facets that are untouched. We see stories of empowerment in common: Da-young is seen somewhat overcoming her shy personality and hostile environment, while Sang-ah breaks out of her damaging relationship. While entertaining, in many ways, this show wants to show the struggle of different women, and that’s commendable.

Your House Helper’s dilemma is the balance between the real and engaging, and the slightly surrealist humor that attracted a lot of people to the show. These early episodes show a lot of potential: although there are cases of absurdity that reduce the empathy I can feel, there are also scenes that are heartwarming and genuinely made me smile. A bit of surrealism is fine; absurdity is not. Surrealism constantly adds a touch of fantastical to the drama, but absurdity takes you out of the story. The rare and incredibly exaggerated sub-par acting, along with a few CGI scenes that went wrong, is what hurts this show. Fortunately, these types of errors are not so prevalent in episodes 3 and 4. Even though the drama launched with a convoluted start, it definitely seems to be building up to something special: what is the past that is haunting the titular house helper? As Mr. Kim’s story unfolds, perhaps it will become his turn to benefit from the people he helped.