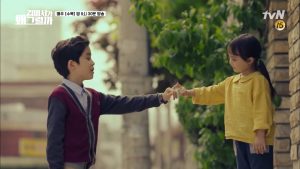 What’s Wrong with Secretary Kim has been spinning its wheels with the kidnapping sub-plot for a while, and the third quarter finally brings some closure to this central mystery. Truths that should have been uncovered two decades ago finally come spilling out, and long-overdue conversations are exchanged between Young-joon (Park Seo-joon), his parents, and his brother Sung-yeon (Lee Tae-hwan).

The show continues to deliver a good dose of funny and tender moments between emotional scenes. Earlier episodes were carried by the humour, which was perfected by an impeccable delivery from the cast. In this quarter, though, it is ironically in these lighter moments that cracks in the writing begin to show. The writing fails to match the impact of emotional moments with depth in these more light-hearted scenes, resulting in some tonal whiplash.

I must first make it clear that comic scenes do not always have to have depth. They can simply be there for amusement. However, as mentioned in my review of episodes 5-8, there truly isn’t much plot to hinge Secretary Kim‘s action on. Most of the development in episodes 1-8 happened through character growth as Young-joon and Mi-so (Park Min-young) worked out issues in their relationship, and through the unravelling kidnapping back story. 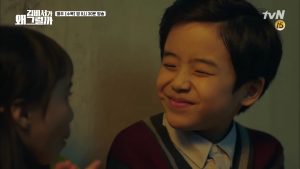 The growth in the characters and their relationship occurred mainly in more light-hearted moments. While episodes 9 and 10 continued to pave way in this respect, episodes 11 and 12 slowed down. At the same time, the kidnapping sub-plot is resolved, leaving a vacuum that the show fills, unfortunately, with scenes that do not serve character development, but instead veer towards fanservice.

This review contains spoilers for episodes 9-12. We’d also like to request readers to use spoiler tags in the comments when discussing episodes that have yet to be reviewed.

Episode 9 started off on a strong footing by exploring the awkward transition Mi-so and Young-joon have to make from their long-standing professional relationship. They have to shift from a skewed power dynamic of employee and employer to becoming equals in a romantic relationship. Young-joon is too eager to do away with the hierarchy, and tries to take away some of Mi-so’s daily tasks. But this backfires: it not only makes Mi-so nervous about their colleagues catching on, but also hurts her professional pride. 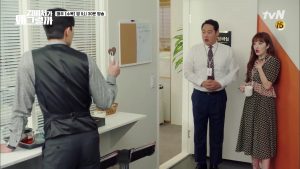 I have reservations about Mi-so’s assertion that these small tasks, like making Young-joon tea and serving him cookies, are also what she takes pride in as part of her job. It glorifies emotional labour as an indicator of professional ability; it’s frankly absurd that Young-joon, a full-grown man, is being waited on hand and foot by Mi-so even before they developed a romantic bond. Nonetheless, I appreciated the way that their open communication helped them to reconcile their differences. In a relationship, it’s not always about who’s right or wrong; it’s more often about understanding each other’s perspectives and coming to a compromise.

What’s refreshing about Young-joon’s growth in particular is how he learns to meet Mi-so at her level. Mi-so’s eldest sister, Pil-nam (Baek Eun-hye), is right about the fact that Mi-so and Young-joon come from such vastly different socio-economic backgrounds that they are unlikely to be a good match. Dramas focusing on romances between a chaebol character (usually male) and someone from a more humble background (the female lead) normally involve the female lead being initiated into the dazzling, exorbitant lifestyle of the male lead. Secretary Kim does the reverse: Young-joon moves away from lavish shows of affection to making heartfelt efforts to adapt to Mi-so’s lifestyle. 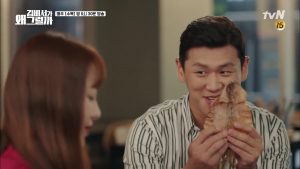 All this is done without condescension. Young-joon is never portrayed as “lowering” himself to Mi-so’s level, but simply familiarising himself with an environment that’s different, and not necessarily inferior. This process is presented most heartwarmingly in episode 10, in which Young-joon joins Mi-so and her sisters on their annual seaside vacation, and experiences the simple joys of eating a marinated crab buffet, making noodles, and digging for clams in the mudflat.

Such moments of growth receded into the background, understandably, for the kidnapping subplot to unfold in episode 11. Perhaps the writers felt obliged to counter the heaviness of the truths revealed with sweeter scenes of the couple. But they ended up going overboard in delivering scenes of Young-joon becoming quite pushy in forcing Mi-so to rest more despite her clear, repeated assertions that she has recovered sufficiently to return to work. The cheesy texts exchanged in the spa scene I can get behind, and Young-joon’s discovery that the site of their traumatic childhood experience is now a beautiful carousel is a nice touch to show how they need not stay trapped in those horrible memories. 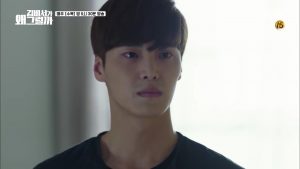 But the show pushes the coincidence a tad too far by making the fountain that Young-joon and Mi-so met at in episode 2—for their first unofficial date—the same place as her old house, where little Mi-so had made Young-joon promise to marry her. In my previous review, I praised the kidnapping plot for subverting the idea of fate in a romantic context; in these episodes, it falls back on cliches, and becomes a tool to prove Young-joon and Mi-so’s fated connection.

It was also difficult to focus on the extensive scenes of the couple’s awkwardness at their physical proximity when Young-joon invites himself into Mi-so’s house at the beginning of episode 12. All is well for them, but my mind kept drifting to Sung-yeon and Young-joon’s parents, and how they must’ve still been reeling from the full truth of the kidnapping incident. I was relieved to see that addressed towards the end of the episode. Yet, the lighter scenes felt misplaced, and were so long as to seem like gratuitous fanservice for fans of the lead couple. It would have been more organic to let Young-joon’s family hash out their long-drawn misunderstandings before transitioning back into a more light-hearted, comic tone. 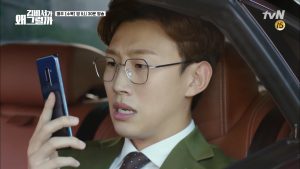 As the growth of the main characters take a backseat, the lack of plot becomes more pronounced. This could have been remedied by fleshing out some of the side characters, but the show chooses to let them remain as caricatures. My biggest gripe so far is that Yoo-shik (the wonderfully versatile Kang Ki-young) is simply reduced to a comic role. He has played love advisor and loyal best friend to Young-joon for most of the show, but never receives anything in return. Young-joon repeatedly disregards Yoo-shik’s very real pain over his divorce, and his lingering feelings for his ex-wife, and this pattern is presented for laughs. There are moments in which Young-joon is downright mean to Yoo-shik, and the show lets him get away with it in the guise of humour.

There are other lost opportunities for developing characters and relationships outside of the main couple’s romance. Why does Yoo-shik, for instance, bear with his clumsy secretary Ma-eum (Kim Ye-won) despite the dozens of mistakes she makes each day? It seems like there could be an interesting, heartwarming story there. In addition, early on in the show, Mi-so was a stern but gracious mentor to her intended replacement, Ji-ah (Pyo Ye-jin). She guides Ji-ah but also puts her in her place when necessary, and struck a clear contrast to their colleague Se-ra (Hwang Bo-ra), who bullied Ji-ah out of envy. Mi-so’s recent interactions with Ji-ah, however, have turned into a comically antagonistic one, with Mi-so staring daggers at Ji-ah whenever she badmouths Young-joon. On some level, this is amusing, but their dynamic could have been a more complex one that tells the viewer about the kind of person Mi-so is. 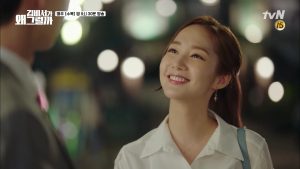 At this point in the show, two questions remain on my mind: what story is there left to tell? And will Secretary Kim ever get down to telling us about its titular heroine? A lot of the growth over the course of the drama was about Young-joon, and how Young-joon and Mi-so are taking little steps towards each other. But we started with Mi-so making the huge decision to quit her job so that she can, for once, live as Kim Mi-so, and not as Secretary Kim to Young-joon, or a filial daughter to her father and a self-sacrificial little sister. Here’s hoping the final four episodes bring us on Mi-so’s journey to find herself, even if she reaches the conclusion that being Kim Mi-so has become inseparable from being Secretary Kim.