Gugudan Semina is Bold and Sassy in "Semina" 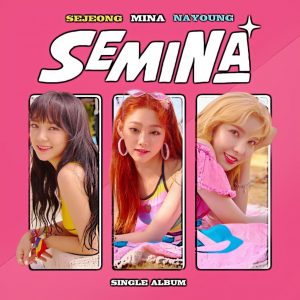 Gugudan is out with their second ever subunit, Semina, for the summer season! Consisting of Sejeong, Mina, and Nayoung, the group is aptly named Semina for the first syllables of each of their names. To be honest, this is a strategic move that probably would have been better placed at the beginning, during Gugudan’s debut — the trio are arguably some of the more popular members of the group and all of them also were on the first season of Produce 101, so this subunit would most likely have helped the group gain a lot more mainstream attention. Either way, they’re here now — better late than never, right?

The concept for this subunit debut is bold and sassy, not unlike the styling in their recent group comeback with “The Boots”. Both Sejeong and Nayoung have big, soulful voices that definitely work in favour for the upbeat, funky eponymous title track “Semina” with slight hints of jazz. Mina, with her lively rap sections, helps to break up the vocal parts to round out the song. Although the vocal harmonisation is a rather minor feature of the track, it is what gives “Semina” its daring and spunky character.

The music video is equally as vibrant and cheery; although there is no discernible plot other than the setting of the three members going on holiday, it is still interesting and enjoyable to watch. During the intro, each of the members are shown doing their own thing — cheesy scenes of Sejeong fixing up a car imply her job as a auto mechanic, Nayoung is working out and doing yoga, and Mina is lounging at a café. 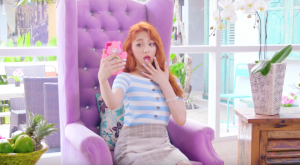 As the track officially starts, the girls get together to do summery activities, with a few humorous moments that add to the cheekiness of the concept: Mina puts on socks and realises that one sock has a hole in it, only to shrug and continue putting them on (all too relatable), Sejeong is surfing and picks up a huge fish along the way, and Nayoung appears to be painting the landscape scenery but is instead drawing pizzas, fries, and sodas. Each member has their own moments to shine in the music video — there isn’t a particular member that takes over, which is something that I’ve noticed happening sometimes in Gugudan’s releases as a group.

The style of “Semina” reminds me slightly of Mamamoo’s expressive and jazzy sound, and the subunit itself is reminiscent of Girls’ Generation-TTS, both with confident and talented trios. The unique styling for each girl really helps with distinguishing each individual in the music video: even on a very basic level, they each have different hair colours — Sejeong black, Nayoung blonde, and Mina reddish-orange. It’s a very subtle point, but for new listeners and fans, it definitely helps with recognition. Their quirky and trendy outfits add to the dynamic music video. Of interest is also how their accessories — the telephones, mics, and luggages — correspond with the colours the girls wore on Produce 101 (yellow for Sejeong, blue for Nayoung, and pink for Mina). The colour coding, then, not only helps new fans, but is also a fun Easter egg for original Produce fans to spot. 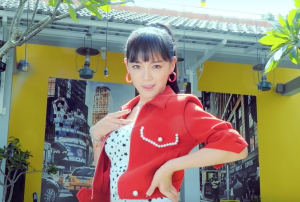 Creating this subunit, and having it debut with this concept, is unquestionably one of Gugudan’s finer moments. It’s honestly such a shame that Gugudan Semina wasn’t created earlier; it definitely would have helped to elevate the group as a whole and use these three members’ existing popularity to help Gugudan gain recognition with the general public. While their debut is nothing revolutionary, it doesn’t need to be — the song is solid, and the members deliver beautifully with their performances in the music video fitting this style to a tee, and just in time for the summer season as well.