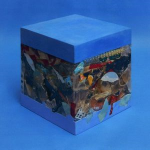 Halfway through writing a draft of this review, I hit a roadblock: I struggled finding words to accurately describe this EP as a whole. Any critic can tell you firsthand that it’s easier to review an exceptional or mediocre album than one that is simply run-of-the-mill and average, but I found that I couldn’t really use any of these terms to describe Wonderlost in good faith. I know Crush is an amazing artist, possessing a wonderfully husky singing voice and an extensive knowledge of jazz that could probably give Nardwuar a run for his money, but this is the first time one of his albums has elicited such conflicting feelings. What is frustrating about Wonderlost is that while its high points are absolutely stellar, its lows are just subterranean in comparison.

I suppose it is possible to argue that this album feels undeveloped and unmemorable. Take the opening track as an example. Featuring H1GHR Music rapper Sik-k, “Chill” begins well, goes off the deep end in the middle, but the less said about the ending the better. It has a vibrantly ebbing instrumental, and though the track is pleasant enough to listen to, it does not take long to realize that with an instrumental already so busy there is little room left for development into a satisfying conclusion.

The lyrics are altogether unexceptional and pretty much what would be expected from a title as played out as “Chill.” Crush’s vocals barely helps: his bland melodies fails to keep up over the busy instrumental. If we’re being honest here, Crush doesn’t sound like he wants to be on the track at all, that’s how uninterested he sounds. The feature doesn’t do much either: Sik-k murmurs an autotuned verse full of standard-issue nothings about relaxing and wasting time, and even that is threatened to be washed out by the busy instrumental. All in all, “Chill” is pretty unmemorable, and to have this song as the opening track does not bode well for Wonderlost.

The title track “Cereal” takes it another step backwards. While the instrumental of “Chill” could be listed as a saving grace in its vibrancy, the instrumental of “Cereal” feels offensively basic and underproduced in comparison. I’d call it elevator music if not for the fact that most forms of Muzak I’ve heard are at least layered and detailed, meandering here and there. “Cereal” is pretty much repetitively stagnant throughout the entire song. The complete lack of variance in melodies from Crush—even at the very end, where at least a few cathartic ad-libs would be expected—is exacerbated by the track’s repetitive lyrics. Í mean, I’d give points for the wordplay displayed throughout—cereal, serial, she’s real—but in this case, it just works against the song.

Thankfully, fellow fanxychild member Zico gives a much needed and familiar jolt of energy to the song. Describing the morning after a hookup, Zico’s lyrics are playfully descriptive, littered with metaphors here and there. His flow is impeccable: it’s energetic, it’s ever-changing, it’s fun. What’s more, he delivers it in such an effortless manner that you simply have to take a step back and admire him as a master of his craft.

The morning sun has risen, cock-a-doodle-doo
You slightly open your eyes and pinch my lower stomach
Our lazy morning stretches out like cheese so we’re having brunch at sunset
I used to be like an owl, addicted to work but now I can’t go past midnight and I go home right away 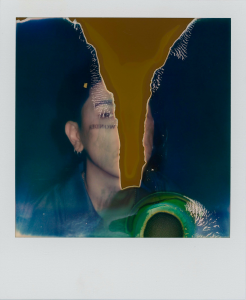 Despite Zico’s stunning delivery, it is still not enough to fully salvage the wreck of a title track that is “Cereal.” With an uninteresting melody and one-note instrumental, “Cereal” is a disappointing addition to Crush’s discography.

Now, if the rest of Wonderlost was similarly flawed, this review would have been a cakewalk to produce, but no. To call tracks like “Endorphin” and “Ryo” unmemorable would be disingenuous and flat-out wrong. In fact, both tracks are fantastic, succeeding where the previous two failed.

Coming right after the disappointment that is “Chill,” “Endorphin” is a laid-back, groovy track about the rush one gets when one is happy or in love. This track, in my opinion, is testament to the fact that a song being laid back does not directly equate to boring: the percussive elements and muted instrumental complement Crush wonderfully as he sing-raps about being famous for his music and watching his friends slowly yet surely blow up as well. I adore this track from Crush’s delivery that feels confident and conversational at once, to his cheeky reference to a comment he made on KBS‘s Yu Hui-Yeol’s Sketchbook that to be a member of fanxychild one had to react to music with a face “like an open shark’s mouth” among other things.

Baby Imma went too far
My mouth becomes like a shark when I see my fellows blow up
Hey, Youngshin, you’ll blow up too
Don’t you worry about a thing.

Said Young-shin—aka Punchnello—does deliver a great verse about escaping his worries, though the true star of the track is Penomeco. The moment he slides into the track and starts scatting with all his “rum pum pum pums,” you’d better believe I had the biggest smile on my face. And all 3 people on this track flow so well that their delivery just adds to the immersive, relaxing quality the track already possessed. It’s a knockout. 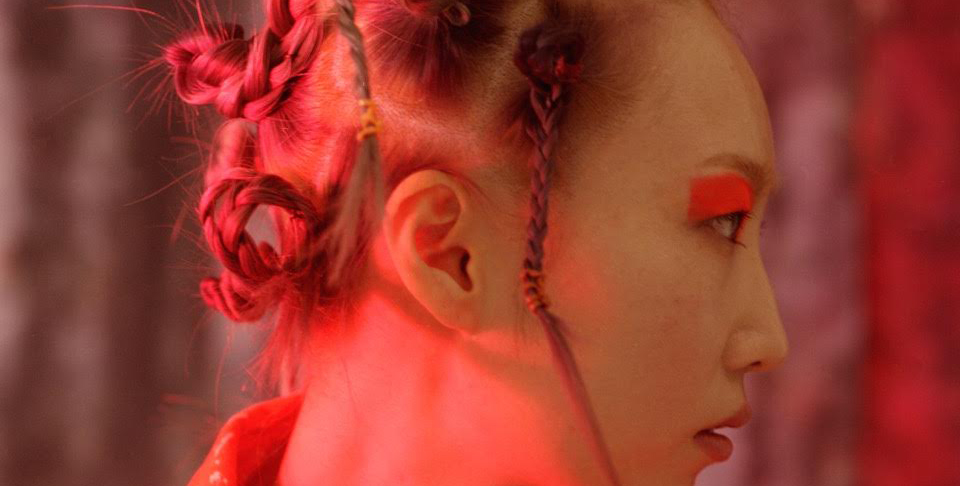 And this isn’t even the best track of the album—the honor firmly belongs to “Ryo.” Featuring and produced by rising electronic artist CIFIKA, whose EP Prism landed firmly on the top of my mid-year review, and Byung-un of Balming Tiger, “Ryo” is a wild ride. Over an industrial, choppy instrumental, Byung-un and Crush rap with a refreshing amount of ferocity. In particular, Byung-un’s deep voice and lyrics chock-full of memorable non-sequiturs over such a glitchy backing track reminds me of experimental hip-hop group Death Grips, with Byung-un embodying the band’s feverish front-man MC Ride. While it’s easy to dismiss his verse as scattered whilst he describes a nuclear apocalypse in the midst of the Korean wave, it is hard to simply deny how infectious and fun it sounds.

I’ve always known that Crush could rap from his verse on Zico’s “Fanxy Child” and various performances on MNET’s The Call, but this is the first time I can say I wholeheartedly, unabashedly enjoy it. On “Ryo,” Crush raps with bite I didn’t think he possessed, and the various inflections he does with his voice make the song that much more intense in a verse already dedicated to shedding his normally soft persona. 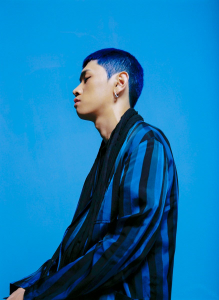 I knew CIFIKA and Crush would both be at this year’s SXSW Korea Spotlight, but a collaboration between the two was still unexpected, and it worked surprisingly well. Crush’s “Ryo” is a sonically intriguing foray into electronica and hip-hop, and for all the risks he took, it paid off in dividends. This is amazing.

“Close Your Eyes” featuring Hoody does not quite reach the same highs as the previous two tracks, but it is still a great song. Memorably telling us to close our eyes and asking what we see, this is Crush’s ode to following our dreams, no matter how harsh reality can seem. Hoody, in her characteristic airy voice, encapsulates this idea quite well.

Instrumental-wise, there is nothing of note, but what makes this track truly shine is the clear passion Crush and Hoody display whilst delivering this message. It is evident that this idea remains to be very meaningful for both artists. And as for Crush’s aimless scatting as the song fades out, well… that’s just the proverbial icing on the cake.

Writing all of this out, it is clear that perhaps the word I am looking for to describe this EP is “uneven,” because Wonderlost is exactly that. Frustratingly so. It is mind-boggling how the same man who gave us the milquetoast “Cereal” could deliver something as fresh and exciting as “Ryo,” how he could give us the uninspired “Chill” and immersive “Endorphin” back-to-back. Perhaps this EP was an opportunity for Crush to explore different styles of music, but altogether, I have to say it produced mixed results. Going forward, I hope Crush can find a way to harness his potential in a more consistent manner, because until then, I can only see myself replaying “Ryo” until I get sick of it.