What's Wrong With Secretary Kim Ep. 1-4: Brought to Life By Its Leads 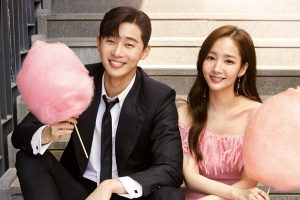 The highly-anticipated romantic comedy, What’s Wrong With Secretary Kim, premiered on the 6th of June and has garnered much hype, both locally and internationally. Four episodes into its run the drama continues to top viewership ratings in its time slot, and it is not difficult to see why. With a refreshing premise, a magnetic leading couple and sharp cinematography as a cherry on top, this drama brings some surprises and is definitely shaping up to be a highly enjoyable watch.

A famous saying goes, “You don’t know what you’ve got until it’s gone.” This perfectly encapsulates the main premise of this drama, in which successful young CEO Lee Young-joon (played by Park Seo-joon) is left floundering and confused after his capable secretary of 9 years, Kim Mi-so (played by Park Min-young) decides to resign from her job. Unsure of why she is doing this, and more importantly of how he will continue to function without her around, Young-joon tries all kinds of tactics to get her to stay, including a contract marriage proposal by the end of the first episode and a full-on blockbuster date by the third.

Having the lead couple begin their romance at such a juncture of their relationship is a fresh angle to take for a romantic comedy — the couple have been with each other for so long, but always on a professional level, neither of them truly knowing the person inside. The focus then, is not so much on how they come to fall in love, nor on how they have to circumvent obstacles to their love (Young-joon’s parents are in full support of Mi-so becoming their daughter-in-law) as in most romantic comedies, but more of how they have to adjust to their newly-realised feelings for each other, and how their understanding of each other deepens as a result. 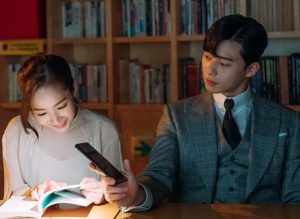 Young-joon for instance, is made acutely aware of how precious Mi-so is to him because of her decision to leave, prompting him for once, to pay attention to her desires and needs. Where he remained completely clueless about her severe pollen allergy (episode 1) despite their nine years of working together, he subsequently made the effort to find out about her ideal date (episode 2-3) and made it happen for her. It was a nice reversal to watch, considering how much Mi-so had sacrificed for him over the years. Of course, having a rich CEO as a romantic lead is awfully nice, if the beautiful grand gestures in episode 3 are anything to go by. Scenes like these add to the magic of the drama and definitely amps up the romance.

While the drama normally veers on the light-hearted and comedic side, there are occasional weightier moments which hint at the potential emotional depth this drama can reach. The emotional trauma which haunts both leads in the present day seems to hint to an incident which happened in their childhood, involving not just the lead couple but Young-joon’s older brother Sung-yeon (played by Lee Tae-hwan). It is interesting that Young-joon is more affected by it in the present day as compared to Mi-so, perhaps because he retains memories of what happened whereas Mi-so subconsciously blocked all of it out. It will definitely be a painful but important breakthrough for the plot once Mi-so finally remembers what happened to her in the past, and hopefully that memory recovery would go a long way to healing them both. 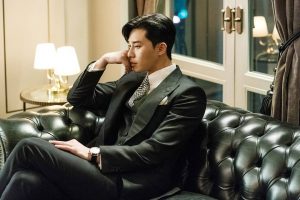 Speaking of brokenness, Young-joon may seem like he has it all on the surface; he was a child prodigy, is a vice president at a young age, he is extremely successful and has good visuals to top it off, but boy does he have issues he needs to fix. His narcissism is a key comedic feature of this drama, and Park Seo-joon plays this very well, with his comic timing and ability to say the most ridiculous lines with the straightest faces. With the fun Park Seo-joon is having with this role and the way he perfectly embodies Young-joon, who on paper seems unrealistic and unlikeable, comes alive and becomes a flawed but 3-dimensional and realistic person.

As we learn more about Young-joon and his troubled past, we see how he came to be this way. His narcissism, for instance, could have arisen as a defence mechanism from when he was bullied for his intellect as a child, leading to the formation of a superiority complex that he maintains till now. Even if he does not realise it yet, he is gradually being transformed by his love for Mi-so, as he makes greater efforts to understand her and consider her needs. While he remains obnoxiously unaware of his self-centredness at times, such as assuming the scarf Mi-so took out in episode 3 was for him, this just re-emphasises the realism of his character and makes the moments where he genuinely places her needs above his all the more touching.  It would be really gratifying to see how much Young-joon grows and is changed as a person by the end of the drama.

Even if he is normally cold and standoffish to the people around him, he is only truly antagonistic toward his elder brother, Sung-yeon, who finally made an appearance toward the end of episode 3. As the famous author Morpheus, Sung-yeon is both clever and charming, and is played well by Lee Tae-hwan, who exudes a natural, relaxed vibe here. While the details of his past strife with Young-joon has yet to be revealed, on the surface he seems more jovial and open towards Young-joon, though his true intentions remain unclear. His words do not always align with his actions as well, as shown in episode 4, where after all that talk about forgiving Young-joon, he did not hesitate in throwing that first punch. This contrasts with Young-joon, who ended up not being able to bring himself to hit his brother back upon seeing their mother’s distress.

Sung-yeon’s vested interest in Mi-so, whether it is because they met as children or simply because he knows that Young-joon values her highly, also makes me wary of his sincerity in pursuing her. For now though, he is a worthy contender, considering how Mi-so is a huge fangirl of Morpheus and they had already “coincidentally” met each other a couple of times. Regardless, he will shake up the relationship between Mi-so and Young-joon, hopefully leading to more of Young-joon’s petty jealousy moments, because those are golden. 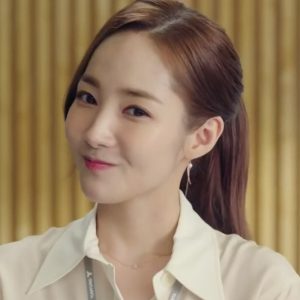 The lady of the hour, Mi-so looks perfect and is so capable at her job, but she remains extremely easy to relate to. Her struggles with needing time for herself is a great reason for her to need to be free from Young-joon, who she can never seem to say no to. Her lack of assertiveness toward him restricts her in many ways, and it is great to begin the show with her becoming aware of the fact that she needed to start living her own life rather than only living for him.

The way Mi-so views Young-joon is shifting gradually as he opens up more to her; he is no longer just a boss to her but an individual whom she is genuinely curious and concerned about. It is heartening in turn to see how she responds to his efforts by opening up to him as well, by displaying her genuine enjoyment while riding the carousel and willingly sharing her childhood memories at the amusement park. Just as Young-joon looks set to change for the better because of his love for Mi-so, here’s to hoping that Mi-so will truly find a life of her own by the end of the drama, even if Young-joon remains in the picture.

On that note, the role of Mi-so, in particular, was very well cast. With her long pony-tail and steady gaze that means business, Park Min-young gives off a power-woman aura, all while conveying the wide-eyed innocence that Mi-so still has, especially with regard to relationship matters. She also consistently looks stunning in the drama, be it in her regular work clothes, fancy dresses or even in her adorable pyjamas.

Park Seo-joon and Park Min-young have a great chemistry which expresses the nine-year relationship between their characters well. Childish banter arising out of familiarity abounds in their conversations, but there is tension and a little push-and-pull dynamic between them as the couple discovers more about each other and struggle with their feelings. The supporting members of the cast also have a good rapport with the leads, together creating a believable world for the drama. A stand out is Young-joon’s best friend (and director of the company) Yoo-shik, who is played by the wonderful Kang Ki-young. His impeccable timing and his role as the cold dose of reality Young-joon often needs makes him the funniest yet best adviser a person like Young-joon could ever hope for.

What’s Wrong With Secretary Kim has been an enjoyable watch so far, and with the central conflict between the brothers heating up in the coming episodes, both in terms of past grudges and their common love interest, the drama will be heightening and viewers will be in for a ride.