Khan Struggles to Stand Out With "I'm Your Girl?" 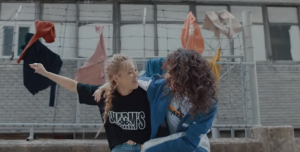 After the unique and uplifting debut of The Ark, fans everywhere were disheartened to see the surprising and quick disbandment of such a talented group. However, former members, Jeon Minju and Euna Kim, joined together again under Maroo Entertainment forming the duo group named, Khan. With The Ark, they debuted with R&B/ hip-hop ballad “The Light”, which showcased a weighty MV about a struggling and hard-working mother. With their reboot as a duo, Khan chose to go with a more standard R&B pop track, “I’m Your Girl?”, about uncertainty in a relationship.

To start with, there isn’t anything remarkable about the song lyrics. The persona believes their partner is indecisive about their relationship status, and the voice of the lyrics itself also goes back and forth about what they want out of it. It’s a song about a possibly new and immature relationship, but you can’t deny that it is entertaining with its catchy bridge and chorus:

The girls are constantly dancing throughout the MV, in various locations like rooftops, laundromats, and empty corridors which gives the MV a carefree tone. What’s unique–and makes one of the best parts of the MV–is that the girls are facing each other, mirroring the other’s dance moves as the camera pans around them. Unfortunately, we only get a few full body shots of this as the camera tends to focus on their shoulders and above. With what we do see, the pop-and-lock moves they do are more complicated than one would normally see in a girl group MV, and really demonstrates their abilities as dancers. Towards the end, they do add background dancers and do a more typical and simplistic MV dance routine with the chorus of the song.

The MV has a short and simple plot. We see Euna holding hands with a boy, and the moment she drops his hand suggests that they have ended their relationship. There are various images of the ocean like fish, sea anemones, and bubbles which add bits of color, and looks lively against the more muted colors. What’s jarring, though, is seeing the girls holding guns and pointing them slightly forward. However, on a closer look, these guns are made of wood and covered in flowers. This symbolizes a strong yet feminine vibe which adds to the song’s demanding tone. The girls are mostly seen in big T-shirts, shorts, and sometimes sweats, which isn’t too far from their original, more androgynous look with The Ark.

In the last part of the video, Minju helps to cut Euna’s hair, indicating that Euna is ready for a change–possibly becoming decisive in what she wants in her relationship. This scene can be read more conventionally as Minju helping Euna through her relationship problems, showing the strength of their friendship. However, although the hints may be subtle, there seems to be a tentative romantic relationship between their characters. There is a parallel between the shot of Euna holding her boyfriend’s hand and the ending zoom on Euna and Minju interlacing their fingers. In context of the lyrics, this could have been the actual relationship that the persona wanted to clarify.

The song has a soft instrumental background with a repetitive melody which allows the duo’s voices to come in clearly and take center stage. Euna has a surprisingly short rap in the song which she delivers cleanly but, as indicated before, there isn’t anything groundbreaking to make the lyrics stand out. Despite being mainly a rapper, she’s not outshone by Minju as she keeps up with her, and they’re able to complement each other well in the chorus. 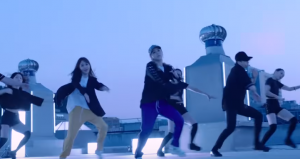 The members of Khan are great singers and dancers, and while the lyrics aren’t unique, their song’s beat does help them stand out against the current tropical and trap beats that are still trending in the K-pop scene. It seems like girl groups these days are still favoring a cute or sexy concept, so Khan’s more tomboyish image with their complex dance moves will help distinguish them from others. We can only wait and see if they’re able to evolve their music into something with more substance.