Stray Kids Make a Promising Debut With "I Am NOT"

On March 26th, JYP Entertainment’s new boy group Stray Kids made its official debut with the EP I am NOT. One should not be fooled by the fact that they go by the name “kids” as I am NOT is one of the roughest albums of the year so far. Combining hard rock sounds with rap is an unusual choice in K-pop nowadays but it may actually play in their favour in building a distinctive sound of their own.

The album starts off with an introduction track, “NOT!” where rappers Bang Chan and Lee Know talk about an awakening and self-realisation. The song is mainly spoken and a consistent part of it is in English (Bang Chan was born and raised in Australia). Overall the atmosphere is very dark and the whispered bits sound somehow frightening. “NOT!” could easily pass as background of some dystopian sci-fi movie trailer — which is not necessarily a bad thing. 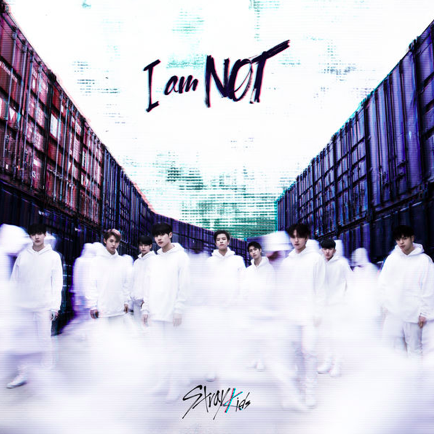 “District Nine” is up next, and it is also the album’s lead single. The song is a combination of hard rock, EDM and rap and as an official debut single for Stray Kids it is surely very impressive. While it is not the first time the combination of hard rock and rap has been used in K-pop (B.A.P “No Mercy” and BTS “Boy In Luv” come to mind), it is a brave and interesting choice especially considering how sensitive the Korean public is to trends.

While in several idol groups the rapper tends to generally be someone who is not particularly talented in singing and/ or has a lower voice range, the rappers in Stray Kids know exactly what they are doing. In “District Nine” four rappers of the group (Lee Know, Hyunjin, Han and Changbin) have long verses and showcase how, despite belonging to the same group, each of them can have a unique flow and style of rapping. Changbin’s verse where he goes slightly off beat and considerably speeds up is particularly impressive. While the vocals on the chorus are a little strained, they go well with the rest of the song.

“Mirror” showcases fast-paced dry rap, but smooth vocals in the pre-chorus and chorus manage to soften its overall vibe. It’s finally possible to hear a bit more of the vocalists, but they fail at being as impressive as the rappers. Actually, their style in singing is very similar to those of their seniors JB and Youngjae of GOT7 —with whom they most likely share the same vocal coach.

The central track of the album is called “Awaken” and combines once again hard rock with rap. The song starts with Felix singing in a very deep-toned voice, certainly impressive for his young age. While “Awaken” is quite catchy, it is also somehow similar to “District Nine” but not as impactful. 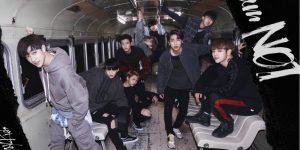 “ROCK” opens with a base reminiscent of OG rap songs, but quickly switches to more electronic sounds. This switch is definitely misleading and the high-pitched electronic breaks end up being annoying. The verses are dominated by rap, the instrumental is still kept as minimalistic as possible and once again Changbin’s verse stands out the most.

The second last track, “Grow Up” brings the album in a totally different direction. It’s the album’s first ballad and it’s the kind of song one would expect to appear sooner or later on an idol group’s album. It definitely feels refreshing after all the dark rock and electronic sounds heard in I am NOT so far. It’s pleasant to see how rappers Han and Lee Know managed to pull off their singing parts effortlessly.

Closing the album is the R&B song, “3rd Eye” — probably the most interesting one on the album. The quiet and mellow melody shouldn’t fool the listener: warm vocals are alternated to rap parts as sharp and dry as they can be. While “3rd Eye” has a completely different vibe compared to the rest of the album, it still doesn’t feel out of place. 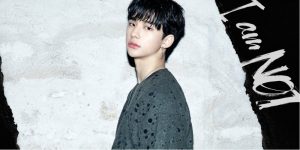 After going through a survival show and putting out several pre-debut releases, Stray Kids’s debut EP was certainly wildly anticipated. JYP Entertainment has never been famous for its rappers, but it seems like Stray Kids debuted to destroy this bias — Changbin is particular is someone worth keeping an eye on. I am NOT is a solid debut album for a rookie group and showcases different sides of the group while still keeping consistency in sound. If these are the premises, Stray Kids definitely have a promising career ahead.