BoA Hits the Target with "One Shot Two Shot" 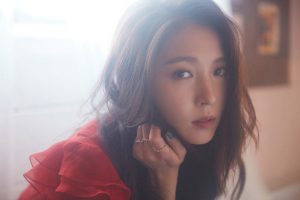 The Queen of K-pop, BoA, is back with her first ever mini album — One Shot Two Shot. Being relatively new to K-pop, my first introduction to BoA was through her performance with Sehun to “Only One”. Hence, performance-oriented music is what I most expected from her. But the versatility that is BoA’s charm takes centre stage with the powerhouse album One Shot Two Shot. The unorthodox album coupled with BoA’s seasoned voice makes for a fulfilling experience.

Although a more nuanced release every time is the goal of every artist, an idol of BoA’s stature has to take care to not fall into stagnation. After more than a decade making music, genres left to explore are minimal and so the image of the idol herself has to be toyed with and maintained at the same time. SM Entertainment has been able to achieve this with most of its idols, including BoA. One Shot Two Shot is an embodiment of that musical maturity that is expected of BoA and but is also a venture into new musical avenues.

Keeping in tandem with her Japanese release of “Jazzclub”, and the class she exudes in it, BoA seems to have hit the target with “One Shot Two Shot”, the title track. It is a classic BoA piece, with the optimum mix of a quintessential dance number and the experimentation of new sounds. The song’s instrumentals are reminiscent of Luna’s “Free Somebody”. They also sound similar to Taemin’s solos. It is not unusual for SM to incorporate bits and pieces of their groups’ songs into other songs by the same group. But it is surprising to see stylistic elements of varied artists in one place. Even the looks BoA sports throughout the video seem inspired by Red Velvet’s “Peek-A-Boo”. It is refreshing to see BoA take inspiration from her younger colleagues. The lyrics too show this youthfulness:

From my eyes, spangles are falling down

Drenching myself in this dazzling world

The stars of this time of ecstasy is you and me

Ain’t no one, yeah nobody

BoA retains the maturity of her experience in her singing but manages to touch present trends too. But it is still the timbre of BoA’s voice that makes the song stand out for me. “One Shot Two Shot” is colored by BoA’s dancing prowess and singing technique (the note variations in the chorus prove that).The finess of her singing accompanied by the unconventional refrain, is something that keeps the song on repeat.

The music videos is where the interesting deviation from the norm becomes apparent. The MVs’ visual aid highlights the youthful aspect of BoA’s music. The juxtaposition of videos having out of the ordinary themes with songs that are typical of BoA, manage to accentuate quips that might escape the listener. “Nega Dola“, though burdened with bantu knots, becomes catchier with the video. It is an excellent song talking about not being mundane and it does just that. The Latin influences on the song welds BoA’s classy image with her foray into new territory. Characterized by a sort of lazy rapping, “Nega Dola” sounds as fun as it looks. But the listener’s familiarity with her past releases is rewarded through the jazzy brass and percussion that makes one put on their dancing shoes. A recurring motif in the two videos that were released is the firing of guns that goes with the EP’s title.

The track list has been crafted so that alternate kinds of sound follow each other. “Nega Dola”’s predecessor— “Everybody Knows”— is hence in contrast to its fun vibes. Instead, it seems to hold a secret and an insidious motive. The breathiness of “Everybody Knows”’ backing track creates an aura of intimacy that doesn’t go with the title of the song itself. The subtle beat drop, continuous drums and intermittent whistling are the musical representation of what I believe the album wants to put forth, thus making “Everybody Knows” my favorite track from the EP. 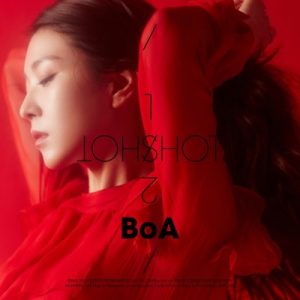 To fill in the gaps in a checklist of tones, One Shot Two Shot includes the hip hop influenced “Your Song” featuring Junoflo. I hoped that the direction the song took at the beginning would be sustained in the melody too, but unfortunately it didn’t, making it forgettable. Perhaps because it’s a departure from her usual dance-pop releases that makes “Your Song” harder to enjoy.

Another R&B influenced track is “Recollection” which has subdued vocals and a ton of breezy segments. There’s a dip in the momentum of the album here, albeit a welcome one. Chancellor’s brand of music—neo-soul— comes through in “Always, All Ways”; and his harmonies with BoA in the track are phenomenal. But both these songs seem to be the appetizers or even fillers, that lead up to a crescendoed end.

And the ending surely doesn’t disappoint for “Camo”, her single from 2017, has been included in this mini album and is a true portrayal of BoA’s exuberance. It is sexy, mature, powerful but not overbearing. The fluidity with which her vocals move in the chorus is almost cathartic to experience. The constant underflow of synths and electronic beats are the perfect recipe for a dance song. The ease with which “Camo” seems to have been sung is illusionary. For me, it is one of the best expressions of BoA’s ability and is indeed a memorable song to end the album with.

One Shot Two Shot has been a well-thought-out comeback that does BoA’s talent justice. The diversity of her discography makes her contemporaneously relevant. Her evergreen appearance, athletic dancing and distinct sound give her an edge as a soloist that is unparalleled.