Andante, Episodes 9-14: Prepared for the Worst? 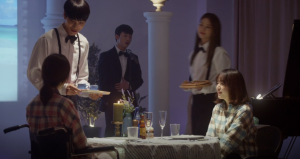 Our previously dysfunctional family is finally coming together after working out their problems, however, since this is still a K-drama, we’re suddenly introduced to devastating news regarding two characters which will test their new outlook on both life and death.

Before we dive into these tragedies, Shi-kyung (Kai) and Shi-young (Lee Ye-hyun) have both developed into compassionate and hard-working characters. Where, at first, they only thought of themselves, their hobbies, and both lacked any connection with each other, they have now overcome difficulties and shared tender moments both with each other, their new friends, and even strangers from the hospice.

Our male protagonist has repaired his relationships with his family, and has become the go-to person for sick patients who need help repairing relationships with their family members. He’s still not the best at school– he hilariously tries to make it to class on time almost every day. Also he still disobeys his mother, like sneaking out to be with his girlfriend, but that doesn’t take away from the fact that he’s putting others before him now and has come to cherish family. For instance, he helps create a mock vacation for a sick patient to enjoy with her daughter, and once ran to Bom’s (Kim Jin-kyung) home to offer her gifts thinking she was ill at the time.

Shi-kyung also continues to have conversations with his father, who serves as a guardian angel to him, and even recovers a memory of him when they once played on the swings. This incident will go back to what he later tells Bom: 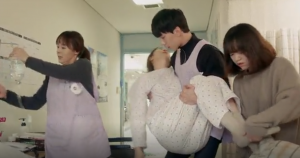 While Shi-kyung may no longer have his father in his life, he will continue to have a relationship as he calls out to him for guidance, and finds memories of him throughout his father’s hometown. With this, Shi-kyung is beginning to accept his father’s death and move on without feeling disconnected from him like he initially felt.

As previously noted, Shi-young was up and down when it came to her personality, but she definitely took to heart seeing a mother struggle letting her daughter know she was ill.  Shi-young helps bring them together, and starts to become more considerate with her own mother and grandmother. On top of this, she decides to focus on school again to become a doctor like her father, and officially develops a relationship with Ga-Rum (Baek Chul-min) who has been by her side since she started school.

It seems like working at the hospice can turn even the worst into a good person, as Shi-kyung’s former bullies show kindness and change after both volunteering there. Shi-kyung’s original bully, returns to the show having to work at the hospice as part of his punishment due to Shi-kyung’s testimony. At first, he harasses Shi-kyung, but his friends at the hospice put him n his place. He is later seen helping a patient by carrying her out of his own concern. Yong-Gi (Kim Ki-soo), another student from the town who initially saw Shi-kyung as a rival, comes to volunteer to help with the patients out of his own want and begins showing his softer side by expressing his love of music. It’s refreshing for the story to show the bullies as multidimensional characters that can grow out of their mean-spirited ways. 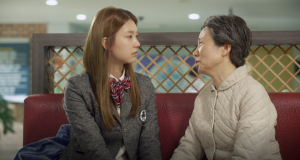 Although the siblings are seemingly doing better, it looks like their previous obstacles are preparing them for the worst as they discover their grandmother (Sung Byung-suk) has dementia and Bom has incurable cancer.  While their grandmother is not dying, her condition will eventually take away her ability to live her daily life as she is forgetting groceries, job duties, and even who her family members are. The time she mistook Shi-kyung for her son in the earlier episode was actually foreshadowing her progressing condition. The family comes together during this time, in hopes of delaying the effects and making their grandmother’s life as easy as possible. For instance, Shi-young sobs as she begins labeling all the items in the house and Shi-kyung invites over friends to play games with his grandmother to keep her mind active.

Bom also takes both news hard as she was enjoying the warmth of having a family again because of Shi-kyung and his grandmother. She clung to his grandmother, and sought out her affection like eagerly having her finger pinned for a stomach ache by her. We also know she’s been struggling to accept her own father’s death, and has only her estranged mother as family.

Her storyline with Shi-kyung goes a bit all over the place as she moves in with him, and then disappears without notice. She casually returns back to his life and begins criticizing his scholastic habits, and then leaves again.  It looks like the writers were trying to show she was reluctant to push him away to protect him from her eventual death, but it comes off as erratic. Ultimately, she returns to him and to school to continue with her life as if nothing had happened. 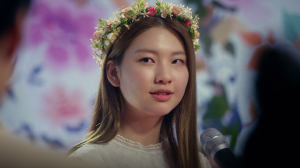 While back at school, she volunteers for a school project that requires the students to conduct a pseudo-funeral for a fellow student. The task is a bit cruel for the characters who know she is dying, however, for Bom the experience is cathartic. She decides she wants everyone to celebrate her life and attends it with Shi-kyung in matching and lively white outfits that look more like they’re meant for a wedding. Bom’s idea for a funeral, while odd, does embody the town’s look on death showing that it can be a reason to bring loved ones together and does not have to be a depressing experience.

The main characters were all only just getting to know both Bom and their once estranged grandmother, and now they will need to prepare to lose them both. With all the ill patients that came and died before them, the characters can learn from their mistakes by spending time with their loved ones before the end.

We’ll soon see in the final two episodes how the siblings deal with the upcoming tragedies.