Samuel’s “Candy” is a Sweet but Safe Sophomore Release 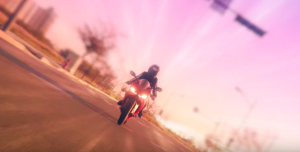 Before he was taking point as a dancer in Produce 101’s Avengers team, or skateboarding through supermarkets for the pure synth-pop of “Sixteen”, Kim Samuel was one half of the short-lived hip-hop duo 1Punch, alongside rapper One. With “Candy” as the title song for his first comeback as a soloist, Samuel returns visually and sonically to the retro roots of his original debut, offering fans a vibrant MV that makes the most of his youthful energy.

Samuel’s 90s fashion, the hip-hop inspired choreography and use of b-boys as backup dancers all tie together nicely to give a the MV for “Candy” an old-skool vibe. It’s a genre Samuel’s fans are sure to remember from 1Punch’s “Turn Me Back” and a dance style and look he’s clearly comfortable with. This retro aesthetic gives the performance-orientated video a nice twist and offers a strong visual realization to the throwback feel of the song.

The MV opens with establishing shots of Samuel and his biker crew riding down a coastal highway, backed by a soothing piano melody that segues into an autotuned refrain of the main hook. The smooth tempo complements the slow-motion shots of Samuel posing with his motorbike, and the highly saturated colourisation lends an ethereal quality to the mood. These effects pull the viewer into a faintly surreal, dreamlike world, only to jar sharply with the cut to the standard, monochrome dance-in-a-box format that follows when the beat kicks in. 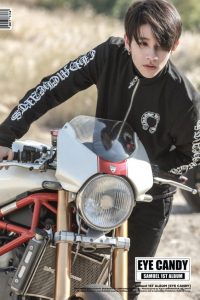 This contrast sums up the MV as whole; built from four separate parts mashed together in a somewhat mismatched format. There are the shots of Samuel chilling with his biker crew under a vivid lilac sky that appear at the opening of the MV and return during the bridge, to harmonise with the lull in tempo. Then there are the high-energy performance segments, slipped in between two contrasting scenes of Samuel fixing up his bike and playing around in a brightly-lit world of candy and rainbow paint.

This juxtaposition is where the image shift begins to break down. It’s clear that Brave Entertainment was aiming to use this video to showcase Samuel with a more mature image, trading the sweet smiles and bright clothes of “Sixteen” for an all-black wardrobe and more sultry scowls. But when the star is riding his slick new motorbike against a CGI backdrop so obvious it becomes comical, and the moody slow-mo shots cut to Samuel playing with a fountain of jellybeans, the overall effect is a discordant clash of old and new. I get the impression that Brave Entertainment was hoping to establish a progression without alienating their target fanbase of tweens, but the end result may have paid off better had they fully committed to giving Samuel a more mature look and sound.

The song itself is built on a crunchy New Jack Swing beat, which combined with the use of the vocoder, elevates Samuel’s competent vocal performance to an infectious earworm. However lyrically, “Candy” shows minimal progression from “Sixteen”. Samuel sings a sweet but repetitive refrain about a girl he’s crushing on, comparing her cuteness to candy and ice-cream. As such the song is sure to appeal to his fans but offers little by way of originality.

The retro-influenced production gives the song enough character to distinguish it from the pure pop of Samuel’s debut, but the strong bass line sometimes threatens to overwhelm his airy vocals, as the melody remains smooth but uniform throughout. Had Brave Entertainment made more use of Samuel’s rapping skill to fully orientate the track in the hip-hop genre, or delved deeper into New Jack Swing without feeling the need to fit it into a pop package, they had the potential to give Samuel the opportunity to grow as an artist. Instead they opted to play things safe. The result is a fairly bland song and MV that showcases his charisma and talent as a dancer, but remains firmly inside the comfort zone established with “Sixteen”. 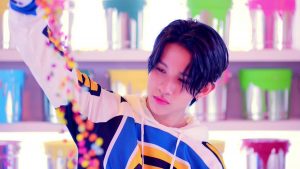 While this sound and image both work well for Samuel, and he delivers a bubbly pop song on par with previous releases, “Candy” is too one-note to give this comeback anything to elevate him as an artist. In an industry renowned for its fast-moving trends and saturated by groups offering a kaleidoscope of sounds, Brave Entertainment will need more than a motorbike to distinguish Samuel as a soloist to remember.