Pain and Beauty in IU's "A Flower Bookmark 2" 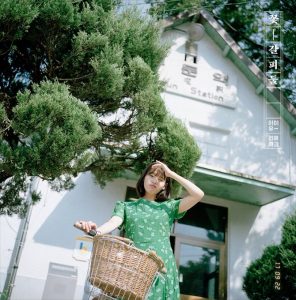 Life is full of both highs and lows, and full of both beauty and pain. IU‘s sequel to the successful A Flower Bookmark remake album from 2014 reflects this with songs personally chosen by IU. A Flower Bookmark 2 shifts from joy and euphoria to despair and misery in a journey through the emotions of life. With this album, it feels like IU has made something universal, something relatable to us all.

One half of the album explores the beauty of life and the other half looks at the pains of life. “Autumn Morning” fits into the former category. The pre-release track is an ode to this season filled with warm affection for life. It’s a cover of Yang Hee-eun‘s song from 1991 in which she finds beauty in the everyday moments of life like the sound of birds chirping, the fresh scent of morning and children walking to school. IU has kept the minimalist style of Yang Hee-eun’s original song and the vocal style, singing mostly without any accompaniment. The choice to retain the style of the original works due to the strength of IU’s voice that is able to maintain the essential simplicity of the original song. 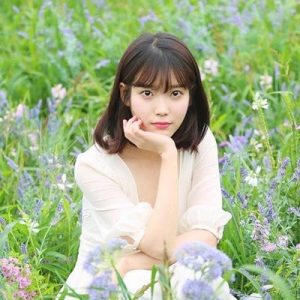 Continuing on the theme of beauty is “Secret Garden”, the standout track and a cover of Lee San-eun’s 2003 song. The addition of soaring background vocals and strings accompaniment as well as IU’s voice elevate the song and give it an almost heavenly feel. It is an inviting, graceful ballad full of the bliss of being in love and the excitement it brings with the lyrics showing a state of hopefulness for the future.

There is, however, pain in life, and the album does not avoid this in any way. In “Last Night Story”, a cover of the hit song by Sobangcha the upbeat disco vibes are paired with despairing lyrics full of heartbreak over a lover seemingly cheating at last night’s party. The fact that this song sounds like something played at a party but is ironically about feeling lonely and hurt at a party makes for an interesting juxtaposition. IU delivers the song matter-of-factly, and while it does come off as stylish and polished, the cover somewhat lacks the energy of Sobangcha’s rendition that was part of what helped it to become such a hit.

The remake of Park Kwang-hyun‘s “Sleepless Rainy Night” — which was made famous by Kim Gun-mo — also focuses on pain with its jazzy, R&B feel and soft rap, the lyrics describing a sleepless rainy night, a clever metaphor for the pain of separation from a loved one. The rainy night seems to represent the period of separation which she is struggling to get through, she thinks about the loved one, she struggles to keep positive and she longs for her loved one, the rain or really the pain does not seem to end. Therefore this night is a sleepless one filled with sadness and yearning.

Outside the window, rain is falling
And my heart feels sad for no reason
I can’t comfort my heart
On this sleepless night 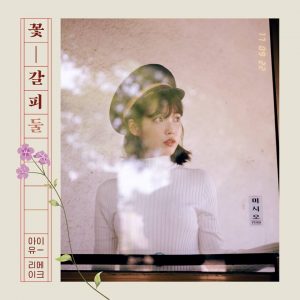 The song is a classic covered by many artists, including Day6, but IU makes it her own with her changes. Her version is slower and less energetic than the original, but it suits the song’s theme, and her voice makes the song a lot more smoother and soulful.

While it is a true showcase of IU’s voice, “By the Stream” is the least notable song on the album: it lacks the showiness and energy of the other songs on the album and it is a little plain especially as a ballad. Still, the original by Jeong Mi-jo from 1972 is interesting lyrically, dipping into the darker sides of life. It is a desperate effort to comfort someone, who is perhaps suicidal, with the fear that they may disappear, an attempt to elicit a promise that they will stay.

I’m sure there was a promise
That even if you go, you won’t be gone forever
But every day you come to the stream
What are you thinking about?

Overall, though, Flower Bookmark 2 tilts towards the hope that there is more beauty than pain in life. It ends with “Everyday with You”, a gentle, sweet tribute to everyday ordinary love. As with “Autumn Morning”, IU’s cover of “Everyday with You” does not depart much from the original by A Wild Chamomile. While this does mean that the cover is not as unique, in both cases the original simple arrangements are important to the songs’ popularity, making the decision to retain the original style understandable. Adding anything more to the accompaniment of the songs may have disappointed those who loved of the original song.

It is on this happy note of “Everyday with You” that the album ends, perhaps in an effort to impart a reminder that despite the pains of life, there can remain a sense of cheerfulness and optimism. The album reaches out to listeners of different generations with its selection of timeless classics and its relatable, universal themes, making it an album that most can connect with.