Drug Restaurant: Live and in Concert in London 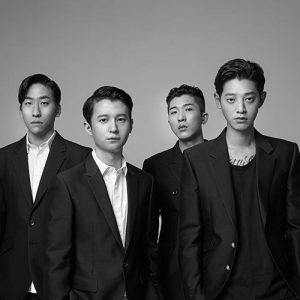 Hot on the heels of releasing their latest album, Pomade, Drug Restuarant heads to Europe for their first European tour. With Jung Joon-young fronting them, they took to the stage in London last weekend. I was lucky enough to grab a VIP ticket that included early entry, a hi-touch, and group photo with the band. Everything included in the VIP ticket was worth it — there aren’t many opportunities for international fans to get to participate in something like this and I jumped at the chance.

The hi-touch and group photo was pretty standard fare; Drug Restuarant came out and we were allowed to give them high fives as we walked by. But being in first meant getting to be up front with prime spots for the show. They started off strong from the get-go. The very first song was “Don’t Be Afraid,” one of their songs off Pomade. It’s a more old-school rock sound, but it did the trick to get the crowd moving. For the first five or six songs it was back-to-back rock tunes, with a good mix of new music and some of their older songs. 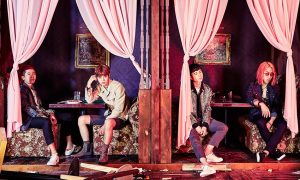 After that, Joon-young introduced one his more well-known songs, “Sympathy.” That song itself is incredibly moving, but hearing it live was an experience. For the first part of the song, only the piano was played until the rest of the band joined at the crescendo of the song. You could tell the crowd was more than familiar with the song; a decent portion of them sang along. His voice was powerful, carrying the emotion the recording has. It was easily one of my favorite songs from the concerts.

They then moved back into the rock genre, following up a new song with a cover medley of “Don’t Look Back in Anger” by Oasis, then “Seven Nation Army” by White Stripes, to “Song 2” by Blur, and ending the medley with “We Will Rock You” by Queen. Since these were songs everyone knew, everyone was jumping and singing along. They followed this up with my two favorite Drug Restaurant songs: “Mistake” and “Sexy Bomb.” This is where they really hit their stride. Seok-won, the bassist, and Dae-min, the guitarist, switched sides and leaned out into the crowd. They worked the crowd as Joon-young grooved to the songs. They kept this energy up all the way through the final song, “OMG.”

Seok-won and Dae-min stole the show. While Joon-young felt like your seasoned rocker, Seok-won and Dae-min were more the excitable new kids. Even though they’ve been with Joon-young for a while now, this is their first overseas tour; Dae-min repeated over and over how playing in London had been a dream of his growing up. They clearly did not want to leave the stage at the end and their energy was infectious the whole night. Seok-won was playful both with the members and with the audience. Plus, he’s a damn good bassist, easily switching from picking to slap bass. He is definitely now my favorite. Dae-min had all the swagger befitting a lead guitarist, but still had a bit of that awestruck newcomer. As a unit they gelled well and played off each other.

Drug Restaurant was absolutely fantastic live. It was a fun evening with Drug Restuarant showing off how good of a band they really are. Their style of alternative rock manages to be unique while still maintaining some mainstream sounds. So if you find yourself in Köln or Prague in the next few days and can get your hands on some tickets, do. Drug Restaurant will not disappoint.