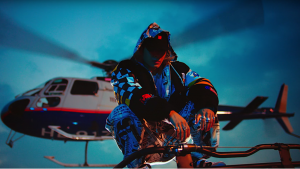 Back in June, JYP Entertainment announced that Got7‘s Jackson would have his own independent studio to manage his activities in China. Jackson himself took to his various SNS platforms to share the good news, promising that he’d work hard and show everyone a better Jackson through this hard-earned opportunity. A few months later, Jackson presented us with his debut single as a solo artist, the proverbial fruit of his labor, “Papillon”.

But while I can appreciate the fact that Jackson has had a hand in everything in this project — from the production, to the lyrics, to the MV — the end result was rather abysmal, and I don’t see how this is supposed to showcase a better Jackson. In all honesty, I came in expecting nothing and I’m still disappointed.

‘Papillon’ is the French term for ‘butterfly’, and throughout the track Jackson celebrates his new-found freedom and independence since having his own studio. Reserving a few harsh words for his own label, Jackson’s “Papillon” was meant to be a triumph, a celebration after breaking free of the ‘cocoon’ that trapped him and not let him spread his wings.

The system is the problem

It made a new me

Kingdom of freedom now I’m run by me

All they care is profit

Nah they don’t see me

Hustling with my crew all day faithfully

The intention is solid, but the track fails horribly in its execution. The production is generic and one-note throughout, and never really changes as the track progresses, making for a wholly unexciting listen. This wouldn’t have been that much of a problem had Jackson backed up his bold claims with solid bars for us to appreciate, but no. “Papillon’s” lyrics are disappointingly basic, clichéd to the point of being cringeworthy and delivered in a manner that leaves much to be desired. One moment Jackson’s bellowing out how he feels blessed, and another moment he’s taken to doing his best Keith Ape impression, voice crack and all. 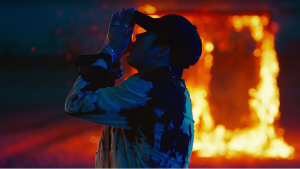 The accompanying MV is only marginally better. Whilst the cinematography is certainly amazing, and the production value gone into it must have been enormous, the MV for “Papillon” quickly devolves into a slideshow of tropes commonly found in other hip hop MVs: the drinking table with friends, the sports car doing donuts in an empty lot, the dancing crowd packed into a circle, the hangar housing his super cars and so on. Taking the lyrics into account, it’s ‘style over substance’ being upped to eleven.

“Papillon”, as misguided as it ultimately was, acts as a declaration of freedom and autonomy. But just because you can, doesn’t mean you should; bringing nothing we haven’t seen before, being done in a way that is lacking in almost all areas, Jackson’s debut single feels like a wasted and unnecessary effort. The only surprising thing about Jackson’s SNS being bombarded with questions by concerned fans about whether he’s looking to leave Got7 to focus on his solo career was the sheer amount of people who actually took him and his lyrics seriously.

Going on from here, one can only hope Jackson still remembers his self-aware proclamation on Problematic Men a few years back that ‘he’s not a rapper, but a person who raps’, and adjusts his musical direction accordingly. Because if “Papillon” is any indicator, I’m not impressed at all.