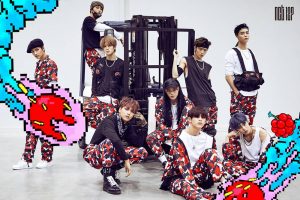 The thing about NCT is that all of its subunits are extremely niche groups — NCT U has that futuristic sound, NCT Dream takes on a youthful and playful feel, and NCT 127 goes for the tough, hardcore aura. Because a lot of their music is quite experimental and, for a lack of better word, “neo”, it is understandable that there are extremely mixed reactions, which is pretty much the response to NCT127’s latest release Cherry Bomb.

The title track, “Cherry Bomb”, takes on the same name as the album, and the song really packs a punch. It is jam-packed from top to finish with contrasting, fragmented elements — electronic sounds and sound effects — without any seeming order or logic, which could sound messy and disorganised, but it somehow works, creating variety and interest. The main hooks, “I’m the biggest hit / I’m the biggest hit on the stage” and “If you’re happy and you know it / Clap your hands”, are pounded in constantly throughout the track, so that hours after listening, you are still nodding your head hypnotically to the beat.

Perhaps my favourite parts are the vocals; the layered effects of the vocals creates a rich texture that is consistent with the rest of the track. Of course, “Cherry Bomb” definitely has its criticisms — the unequal line distribution being one of the main ones since the song feels more like Mark featuring the rest of the members, and the repetitiveness of the hooks being another— but I really enjoyed the explosion of flavour that the track offers. 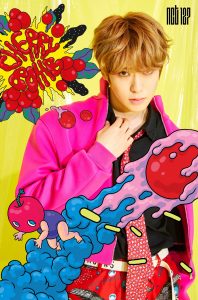 “Running 2 U” could potentially double as a more public-friendly title track. It is not as non-linear, shall we say, as “Cherry Bomb”, as it clearly has a known song structure that makes it a lot easier to follow, but it also keeps the dark, electronic, and tough themes of the album. The track is softened by the interjection of the melodic vocals, which provides a welcome contrast from the hard-hitting bass lines.

Although ‘Running 2 U” could definitely be performed on stage as the group’s second comeback track, NCT 127 went with “0 Mile” instead. It is easy to see why, since this third track has a more upbeat and lively mood — the quick beats keep the song moving and flowing, and it is more vocal-focused to contrast the rap-heavy “Cherry Bomb”.

Jaehyun, Doyoung, and Taeil reunite in “Sun and Moon” to bless us with their amazing vocals. One of the reasons why this trio is so pleasantly interesting is because of the diversity of their vocals. Jaehyun has a deeper and richer vocal colour, whereas Doyoung has a more lyrical voice, and Taeil has a lighter and airy timbre. The song itself is stands out from the rest of the album, as it takes on more of a chilled, laidback, and carefree mood supported by the muted electronic notes in the accompaniment. This is definitely my favourite track off the album.

“Whiplash” is, simply put, a swag-filled jam. Whereas the previous track was more vocally focused, this song puts the spotlight on the talented rapper of NCT 127. With Mark having done well on “High School Rapper”, there was a lot of anticipation for his performance on this album, and he does not disappoint. The chorus is particularly enjoyable, as well as the added “long-ass ride” tidbit that is of course reminiscent of NCT U’s “The 7th Sense”.

The final track of the album, “Summer 127”, is your typical feel-good summer song with pop and dance vibes. The melody is catchy, and it’s all too easy to jam to the song. There isn’t anything particularly special about this song; it’s just a great listen for the upcoming summer months. 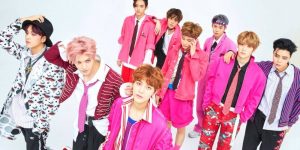 Going into the album, I really was not expecting much having heard so much criticism of this album, but I was really surprised — in a good way. From top to bottom, the album is filled with gems of diverse styles and colours that showcase NCT 127’s different talents; there isn’t a single song that is “skippable”. Sure, the title track may not be the most public-friendly of songs out there, but I do appreciate how the group continuously takes risks with their music, testing the boundaries out there.