Momoland Fail to Find Themselves in "Wonderful Love" 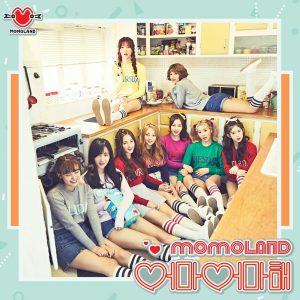 Last year, Momoland debuted following the survival series Finding Momoland, giving us a cute, quirky girl group with a plethora of members. This was a bit of a risk, considering that a surprising number of rookie girl groups fit under that umbrella. And while others in that lane have started to branch out a bit and forge their own identities, Dublekick Company decided to double down on their original image, as “Wonderful Love” is a cute spring love song, and sees the addition of two new members, Daisy and former Produce 101 contestant Kim Taeha. And while this wasn’t exactly a bad decision, that doesn’t make it a great one.

Let’s be honest– large girl groups with a cute concept are the new normal. Apart from Momoland, there’s Pristin, Gugudan, Twice, and the gone-but-certainly-not-forgotten I.O.I.  And those are just the big names. When facing a field that crowded, it’s vital that a group carves it’s own niche ASAP, or they risk being lost in the crowd.

Momoland’s biggest competitors have managed to refine their images. Twice is pushing the quirky oddballs next door image, Gugudan took a turn for the loveable Queen Bee with “A Girl Like Me”, and if Pledis has any sense, Pristin will be pushed as self-sufficient stars similar to Seventeen. But Momoland? They’re still lacking a more defined identity. “Wonderful Love” is a decent song, but there is nothing here that pops.

It’s important to understand that “Wonderful Love” is not a bad song. It’s a perfectly suitable spring love song; sweet but with enough bite, like the symbol crashes, or going down on “side”,  to prevent it from becoming cloying. There’s nothing here to complain about. Yet, it all feels very familiar, as if I’d heard it before. I’m not saying it was plagiarized, because it is a sufficiently original composition. There is not one song exactly like “Wonderful Love”.

However, there are dozens of songs sort of like it. The exact combination may be new, but the pieces– the drum riffs, the opening crescendo, the piano punctuating the chorus– these are vital ingredients in the K-pop spring love song. “Wonderful Love” almost sounds like the blueprint every other cutesy song was built from, as it has all of the parts but nothing distinct.

And that’s a crying shame, considering Momoland is the brainchild of none other than Duble Sidekick. These men know how to make a cute love song with sparkle and personality– they are responsible for Girl’s Day’s “Darling”, A Pink’s “Mr. Chu”, and freaking “Loving U”. For some reason, though, they phoned it in with their own group. 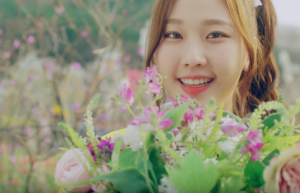 The MV is much like the song. It’s cute without being cutesy, leans towards obvious spring visual influences, and it isn’t bad, but it’s not great either. I will give it this, though, it has some great locations. The main park is gorgeous, the flower fields look like actual flower fields and not a hastily put together set, and that merry-go-round had my inner child perking up a bit.
“Wonderful Love” is a showcase of how staying in the box is as much a risk as venturing out of it. I doubt “Wonderful Love” will push fans away, but I’m even more doubtful that it will bring fans in. At this point, that’s a risk I’m not sure Momoland can take.

Momoland Switch It Up Whether You’re “Ready or Not”

Momoland Take the Long Route Up with “Thumbs Up”

End-of-Year Review, 2018: The Sharp and the Trendy of Dances