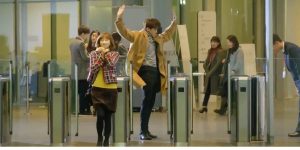 In my review of Episodes 1-4, I focused on the problems of Strong Woman Do Bong-soon‘s humour, particularly its making light of sexual assault and damaging portrayals of disabled persons and homosexuality. It comes as no surprise that the show has continued to capitalise on these elements for humour, since the drama is pre-produced and the first four episodes already set the insensitive stand fairly clearly.

Hence, for this week’s review, I will be pulling back to look at the show more broadly to discuss the patchy plot, the running gender critique that has good intentions but remains grounded in simplistic, misguided notions of what women’s struggles and empowerment comprises, and how the characters fit into the equation.

This review contains mild spoilers for Episodes 5-8. We kindly ask that readers use spoiler tags in the comments when discussing the episodes that have yet to be reviewed.

A quick comparison to the first quarter of the show yields some evidence of plot progress. The kidnapper’s face has been revealed and he acquires a new victim, while Criminal Team 3 gets some important leads on his identity. Min-hyuk traces the identity of his blackmailer—to no viewer’s surprise, it’s his trusted second hyung. Bong-soon, shocked by the kidnapper’s attack on Gyeong-shim, undergoes training with Min-hyuk to better control her strength, in time for a showdown with the Baek Tak Party who want revenge for the damages she inflicted on the employees. 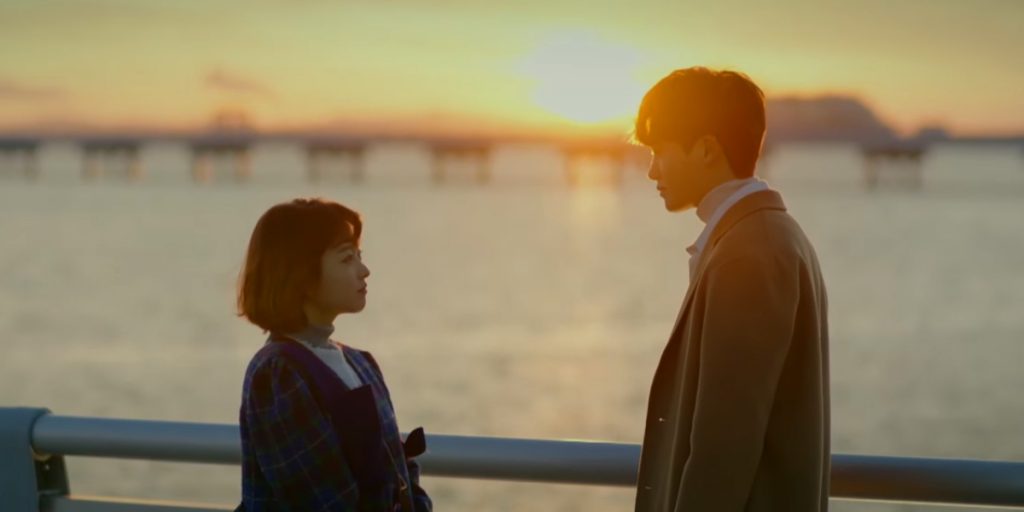 This quarter also featured a few lovely scenes, like Min-hyuk and Bong-soon’s riverside conversation about her strength in Episode 6. The way Min-hyuk picks up on Bong-soon’s insecurity about her strength although she doesn’t verbalise it, and the way he knows how to get through to her using gaming metaphors is really sweet. There’s a great balance struck between the pair’s sincere interaction while still weaving in character quirks and comic touches (Min-hyuk: “Like I was born handsome like this, being born strong is not your fault.”).

Scenes like that had me wishing that this balance extended to more of the show, because despite some plot movement, the actual experience of watching each episode felt very disjointed and tedious. The show never seems to realise it can integrate more than one tone or genre per sequence: a scene doesn’t have to be full-blown sadness or all-out comedy, or only focus on one part of the plot. Tonally, funny scenes could have had the potential to address serious concerns, or venture into dark humour and tragicomedy, but instead, the humour is stuck very much at surface level. 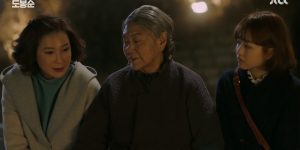 With better writing and editing, the show could have incorporated the coming-of-age strand (Bong-soon harnessing her strength) with the love story, the crime thriller and the ongoing family dramas (Min-hyuk’s or Bong-soon’s) through stronger motifs and themes, or parallels and juxtapositions. But we’re halfway through the show now and these disparate parts are still not meshing together; even glimmers of heartfelt scenes like Bong-soon’s dialogue with her mother Jin-yi and grandmother (Baek Soo-ryeon) were dimmed by the lack of setup and jarring editing. Jin-yi seems close to her own mother, so why is her relationship with her daughter premised on constantly berating and thinking the worst of Bong-soon? And what was the purpose of wedging in this scene right after showing the fourth kidnapping victim’s mother tearfully reporting her missing daughter?

There is actually a thematic strand loosely threading together the disparate plot lines of the love triangle, Bong-soon’s growth, the Baek Tak Party’s revenge, and the serial kidnapping—an attempt at a commentary on gender that I briefly highlighted in my last review. The gender agenda continues playing out in Episodes 5-8, but its manifestations fall into three distinct categories similar to what we’ve already seen in earlier episodes. 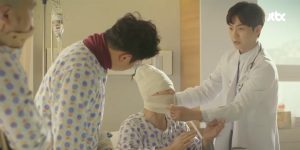 On the end of aggressive, overt sexism, the female victims are physically assaulted and emotionally threatened by the kidnapper, and Bong-soon either witnesses or faces condescending men who bully women. On the end of benevolent sexism, Guk-doo impresses upon Bong-soon his idea that women are weak and need protecting; despite being couched in terms of concern, this is a clearly patronising attitude. Finally, there is Bong-soon struggling with the fact that revealing her super strength will repel Guk-doo, who says he likes feminine and weak girls, and ruin her chances with him.

While it’s true that such instances often form part of women’s struggles in a patriarchal society, the forms of misogyny the show demonstrates remain overt and caricature-like. The men that Bong-soon encounters and punishes fall into a familiar pattern: they are loud and derisive, spewing out statements that openly belittle women, and they are easily subdued and reduced to blubbering messes using her strength. But misogyny is not the only thing that sexism is about, and sexism certainly comes in more covert and insidious forms than a sneering man ready to slap girls, or a psycho kidnapper nabbing women. 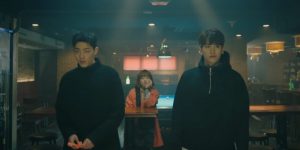 Even Guk-doo’s character, who had the potential to represent more subtle forms of sexism, practically has a flashing “I discriminate against women” sign above his head with his heavy-handed verbal assertions—”Even if you are strong, you are just a weak woman to me”. With the exception of the spoof of Guk-doo and Min-hyuk’s macho games-and-drinking showdown, Strong Woman rarely trains focus on the workings of the toxic masculinity that informs such gendered prejudices.

The show has, in Min-hyuk and in Bong-soon’s father, alternative male characters who do not seem to be driven by such prejudices. But we only have a handful of scenes showing how they both accept Bong-soon’s unusual strength and care for her. The suggestion is that they are motivated by their individual concern for Bong-soon, rather than because they are informed by values of gender equality or an awareness of the plight of women, and it remains uncertain what their attitude towards women in general is. 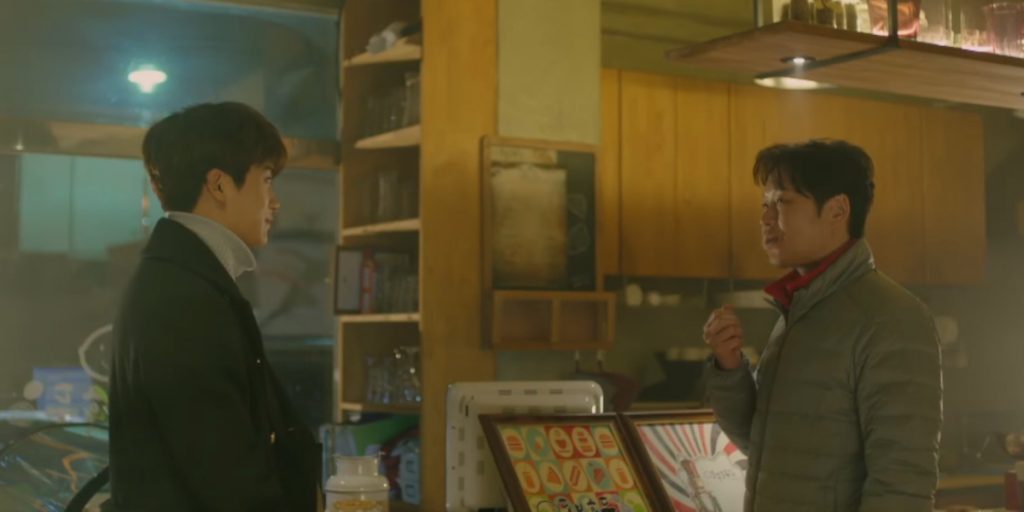 Still, it’s fair enough to say that the drama isn’t making lofty claims to be a well-rounded, nuanced social critique, although it has certainly set up a premise that invites conversation about gender topics. It has to necessarily be selective in the aspects of women’s struggles that it chooses to represent, since the subject is a very broad and complex one. However, there is a strong sense that the show has bitten off more than it can chew even with what it has selected: verbal abuse and threats of sexual assault. 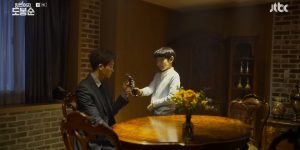 The malicious effects of such experiences in real life doesn’t end with the incident itself. Just ask any girl who has been subject to milder, but nevertheless pernicious experiences—being cat-called, wolf-whistled, or leered at—about how they felt, and whether it still bothers them to think about those moments. It’s a mixture of deep fear, anger, frustration and shame, wanting to lash out but being afraid to, underpinned by a yearning to not have to experience such things at all. So how can it be that Bong-soon is repeatedly subject to harrowing experiences and threats but never seems to react with more than anger in the moment, and doesn’t seem affected by these experiences after they end?

It is ultimately this lack of depth in understanding and probing the struggles of women and the operating forces of patriarchy that drives the show to present a fallacious remedy: a veneer of empowerment in the form of Bong-soon. Bong-soon’s super strength is, thus far, the main solution to the problems faced by the women in the show. Whether the misogynistic men she meets verbally scorn her or threaten her sexually, she easily subdues and punishes them using her strength. But does her use of force really prompt these men to reflect on their prejudices towards women? It seems that her unusual gift only challenges their assumption that women are physically weak.

Further, through Bong-soon’s super strength and heroic acts, Strong Woman promotes the idea that the use of violence is proper, even admirable and desirable, when applied to the right ends. When it does a gender reversal to present female characters as the ones who use violence, the situation is played up to be cathartic—Bong-soon beating the men—or comic—Bong-soon’s case, or Jin-yi beating her husband. This never removes the problematic appropriation of masculine violence from the equation, but instead encourages it.

As such, the show fails to confront the deeper problem—why Bong-soon needs to assert strength to protect herself or the weak in the first place. Bong-soon’s actions are reactive rather than preventive, and neither plot nor characterisation addresses the root of the problem by pointing to the troubling gender prejudices and systems that perpetuate it. The empowerment of women does not rest on applying the same forces that harm women to men; it rests on trying to undo these forces such that gender interactions do not include and sanction such demeaning or harmful behaviour. 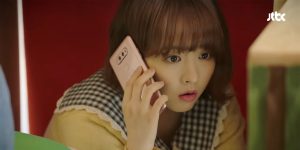 In addition to the misguided idea of physical strength as a force for gender power reversals, Strong Woman also sends out mixed signals in its regressive policing of heterosexual interactions and boundaries. In an earlier episode, Bong-soon yells at Guk-doo for expressing concern towards her although he has a girlfriend; on numerous occasions, she tells Bong-gi that he shouldn’t keep meeting a “taken” girl, and tells Hee-ji (Seol In-ah) the same.

The point here isn’t what to think of Bong-soon for going around telling these grown characters what to do with their relationships. It’s that the writing, through using Bong-soon as a mouthpiece, enforces strict codes dictating the “right” way for people of opposite sexes to interact, and is premised upon the views that 1) a girl in a relationship belongs to one man, and if she meets other men, she is duplicitous and morally or ethically suspect; and 2) a woman and a man cannot maintain a platonic relationship and still care deeply for each other. The show goes on to fulfil its own prophecy by showing how Hee-ji falls for Bong-gi even before breaking up with Guk-doo, and how Guk-doo belatedly realises his feelings for Bong-soon.

Taking these contradicting discourses together with the patchy plot and careening between genres, Strong Woman remains at this point a confusing, messy watch, held together mainly by the force of the acting and chemistry between the leads. Still, we have half the drama left to go, and there is a chance—however slim—of there being more depth to Bong-soon’s strength and growth.

I’m watching the kidnapping plot line with interest, since the new detail about the play, Bluebeard and His Seven Wives, references the Bluebeard story that is well-known for its feminist slant. Even if that goes nowhere, if the next few episodes can tighten up the pace and the links between Bong-soon’s story and the crime plot, the show still has potential to be a more engaging or meaningful watch.