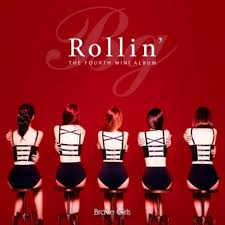 Brave Girls are back! However, this recent comeback comes with a cost. Yoojin and Hyeran, the last of the original members, have departed the group. Now a 5-piece ensemble, Brave Girls have returned to the sound of their reboot, “Deepened,” over the peppier style of their more recent releases. And that was a very good idea, because “Rollin” is their best song yet.

Lyrically, “Rollin” is a familiar story– girl in love with boy, boy ignores them, girl starts pining in the style of Bella Swan.  The production, though, blew me away. I will admit that part of my fondness for “Rollin” is that it plays to my unending love of house music, but it’s some damn good house. Even better, it’s not pulling from the tropical house that has come to dominate mainstream EDM over the last year. Instead, “Rollin” channels deep house; sounding soulful and lush. There’s always a subtle synth playing against the melody to add complexity to the mix.  There are still a few tropical house flairs, such as using what sounds like electric pan flutes on the drop, but they gel in the mix rather than dominating it.

There are a few unorthodox choices throughout the production, but they all come together. The drop is the biggest one. The use of woodwinds lifts the track and plays against the bass to give an ethereal aura to the post-chorus. The vocal line is mostly written in the alto range, giving a mature edge to “Rollin” and making the ladies sound like Brave Women rather than Brave Girls.  The end result is a grand sweeping song that captures the sense of love and loss conveyed in the lyrics.

Sadly, while “Rollin” as a piece of music is chic and potent, “Rollin” the MV is sorely lacking. It’s all style and no substance. Brave Girls dancing in sets, posing sexily on couches, and getting interrupted mid-orgy. There’s nothing new being said here. Or at all.

And yet, the style of the nothing is breathtaking. For instance, “Rollin” has some truly stunning sets. It’s all gothic horror, with dark lighting and Victorian furniture. They add to the heavy of the emotions of the song, bringing thoughts of abandonment and isolation to mind with nothing but sparse furniture and an overload of windows.  The cinematography is a cut above as well. The fanservice is knowing innuendo; come hither eyes and sultry poses rather that close-ups on parts of the body. 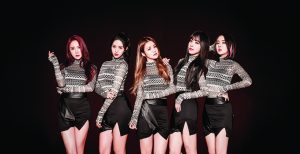 The crowning gem of “Rollin,” though, is the styling. Every member looks gorgeous; so gorgeous, in fact, that “Rollin” got slapped with a 19+ age restriction for “inappropriate attire”. This baffles me a bit, given that the styling veers a touch more conservative than one might expect. The skirts rise to a new level of micro-mini, which are then paired with ankle boots for maximum leg. However, this is balanced by long-sleeved turtlenecks. The particularly skimpy outfits from the album cover– and the likely reason behind the rating– are barely seen. The overall look is mature and sultry, matching the song and making Minyeong, Yujeong, Eunji, Yuna, and Hayon appear as goddesses rather than girls.

“Rollin” is a great step for Brave Girls, playing to their strengths and setting them apart from the K-pop scene. It’s fresh, emotional, and great to look at.