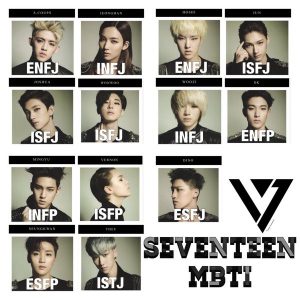 more seductive than a glimpse of the truth? It’s a force that works its best when latent, concealed behind the characters celebrities slip in and out of as they generate an elaborate set of smoke and mirrors. Those who understand the game best know how to artfully blur the boundaries between public and private, hinting at the contours of facts behind the curtain.

It’s the reason why artists like Taylor Swift generate so many rumors (because where do the song lyrics end and real events begin), and why artists like IU have invoked serious backlash (because the contrast between a woman in bed and a girl on stage was just too stark). One unexpected move by an idol can have gossip-hungry netizens salivating like Pavlov’s dog, trying to decode for traces of authenticity in scrambled information revealed. Would Hyoyeon actually try to commit suicide? Was Hyeri and Tony An’s relationship a clever ploy to garner attention?

Online, a subset of K-pop fans has decided to tackle these kinds of questions through Myers-Briggs (MBTI). It’s a personality assessment that profiles one’s character through four kinds of opposing qualities: introversion/extroversion (I/E), sensing/intuiting (S/N), thinking/feeling (T/F), and perceiving/judging (P/J). Using these combinations of characteristics people can be categorized into 16 different personalities to explain their actions in daily life.

Primarily on Tumblr, users have done in-depth analysis through the facial expressions, hand gestures, and comments of idols to try and understand their character. Lengthy threads abound as users argue for the validity of their typing of an artist’s personality:

“Manipulation is a key skill for an ENTJ, which is why it can sometimes be hard to type them…and Chanyeol knows how to manipulate his personality to make himself more attractive or to appeal to the masses.”

“I’m most sure of Eunji, she seems very much like an ENFP; seemingly always outwardly happy, making a lot of jokes, spouting ideas everywhere.”

“Yes Kim Nam-Joon is an INFJ. He’s more INFJ than most of the people in Tumblr claiming they are and you can’t fight me on this I can see his dominant Ni [introverted intuition] from my fucking Spanish house bye.” 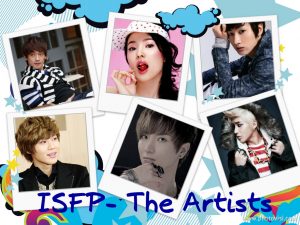 Naturally, the typing of idols is based on outside observation, and people often disagree on what MBTI type an idol is. Moreover, personality is not a fixed characteristic, but one that changes as people grow, and move into new environments. Yet there’s a basic appeal in trying to order people neatly into categories. Wouldn’t life be simpler if we could just use type as a foundation upon which to explain their behavior? Not to mention how fun it is to see people dissect and debate the details of an idol you’ve glossed over; it’s the same kind of entertainment one derives from reading fan theories about movies (amusing, technically plausible).

This trend of applying MBTI to K-pop is only fed by the ever-increasing torrent of self-produced idol shows. There’s GOT7’s “Hard Carry” and AOA’s “Channel AOA” on Youtube, as well channels like V App, meant to serve as a corrective to suspiciously scripted shows like We Got Married while feeding the desire for more directness from celebrities. As people have become curious about what idols look like barefaced or pre-plastic surgery, they also have developed an appetite for observing their personalities uncensored. Understanding MBTI is thus a useful extension of this trend, trying to identify not only what celebrities are actually like, but also how and why they may act differently on stage.

Knowing the test can even open doors to the market of free Tumblr fortune-tellers, who are just one anonymous message away from pairing you with an artist based on your own MBTI type. These K-pop personality gurus will kindly explain why you would do best in a relationship with idols X and Y, and how their MBTI type matches yours. This isn’t necessarily limited to a romantic relationship; you can also match to discover your theoretical best friend or enemy, a whole valence of relations not traditionally considered by fans. 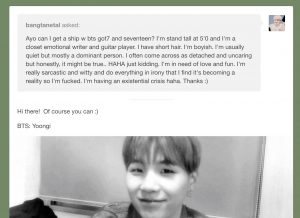 Rather than achieving intimacy in the form of physical presence – typically, through the purchase of albums, attendance of concerts, and hoarding of endless GIFs and goods – fans have found a new way to make connections to their favorite artists that do not rely on tangible interaction. It’s more difficult and costly for fans outside East Asia to see their idols, and they have instead managed to foster a new kind of relationship with them through MBTI. It trades not on hard cash, but the emotional currency of empathy: a kind of promise to watch and understand an artist afar for whom he fundamentally is (and along the way, see if they really could be your one true love).

“I have about ten tails, you don’t even know,” Gain taunts in “Truth or Dare,” and it’s true the audience will never really know who an idol is. But we can guess and play with MBTI to consider a K-pop star’s persona when the cameras are turned off. We can consider the kind of fears and anxieties they might have; the kind of mistakes they are liable to make.

And so for all its flaws as a personality test, and all the flame wars that have been ignited, the usage of MBTI to understand K-pop artists is encouraging in the way it fosters a humanizing perspective of idols as normal people with nuanced personalities –  a conversation sorely needed in a media culture that tends to flatten idols into caricatures of themselves.

Readers, do you know what your MBTI type is? How do you feel about the application of MBTI to K-pop artists?