NCT Dream Woo The Crowd With "My First and Last" 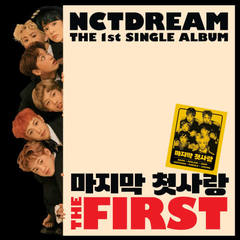 Close on the heels of NCT 127, NCT Dream is back! The youth-concepted sub-unit made a splash with their debut “Chewing Gum”, but many had reservations about pushing the young ages of the members so hard. However, it looks like second time’s the charm, as “My First and Last” hits it out of the park.

There’s nothing wrong with having a younger group like NCT Dream promote with a concept appropriate for their age– I mean, it’s not like anyone’s comfortable with the alternative. But “Chewing Gum” scanned less like a song for teenage boys and more like a track for Kidz Bop. Clearly, SM went back to the drawing board, made some tweaks, and came out with the first love-oriented “My First and Last”, which honestly fits their age a lot better. High school is when most people have that first real crush, and NCT Dream nailed that feeling.

The lyrics of “My First and Last” are an adorable love confession. It’s all sincerity and genuineness, enhanced by NCT Dream’s vocals. It really should be unbearably cheesy, but it works. There is none of the fatalism that so often sneaks into first love songs, as if NCT Dream honestly cannot believe that this love will ever end. And that devotion can melt melt even the iciest of hearts.

The production is the other reason that “My First and Last” is more “aww” and less “ugh”. Most songs with a sweeter concept have instrumentation heavy on the strings, synths and treble clefs, which often pushed them into saccharine territory. Yet NCT Dream’s higher, sweeter, earnest vocals are paired against a thudding bassline. Under any other circumstances, I would describe the bassline as “sexual”, but any sexual drive is neutered by the vocals, lyrics, surprisingly well-placed rap verses, and subtly layered synths and horns. The end result is a track that is sweet and high-energy without dipping into sugary.

The MV picks up on the best elements of the song, and teases them into something more than the song alone can convey. The sincerity of NCT Dream’s love is played for laughs, allowing audiences of all ages to enjoy this. The set-up is pretty standard, both for K-pop MVs and real world first crushes: NCT Dream is in love with their teacher. The hot for teacher trope is as old as time, and we all know how it’s going to end in the first 10 seconds. 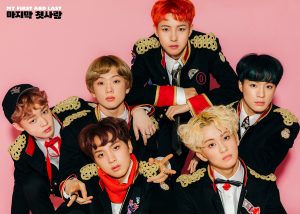 Yet, that element of “this isn’t going work out” is what makes “My First and Last” work. Younger audiences will sympathize with NCT Dream losing their true love, but older audiences can smile over the boys’ poorly conceived scheme to win their teacher over. Really, only teenage boys would think the way to a woman’s heart is cardboard cars. The framing of the MV makes her disinterest clear, leaving older audiences to wait in anticipation for the inevitable heartbreak. Points for originality are needed there too; we all saw the boyfriend coming, but the baby was the cherry on top and the twist in the knife.

Both the song and MV manage to be youthful and carefree without being childish. “My First and Last” nails that attitude of youth, when you think you’re an adult, and every adult knows better. Either you’ll like this song because that describes you, or it sparks nostalgia for when it did.