Rain Impresses with "The Best Present" 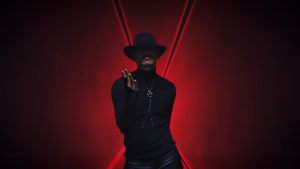 Once upon a time, I was barely 17 and reading Teen Vogue when I came across a snippet about this Korean pop star named Rain. Not long after I was watching The Colbert Report and that same Rain challenged Stephen Colbert to a Dance Dance Revolution competition. Little did I realize those two events would spark an interest that would lead me into a whole new realm of pop music. Fast forward nine-ish years and Rain is back with his new song “The Best Present.” It’s a throwback pop song produced by none other than Psy.

The MV for the song is simple; it focuses on Rain’s dancing in a sparse room. We get to see him do what he’s best at and it works really well. The video is edited to appear as if it was all one take when it really is multiple takes. The colorful lighting helps mask those edits and really adds to the whole atmosphere of the MV. The lighting for the MV is probably my favorite aspect. Whoever the lighting designer was did an amazing job. They really transform the empty room into a full set without any extra frills. It’s a really solid creative choice to go with simplicity over something more elaborate. Not only does it reflect the overall vibe of the song, it also forces Rain to the forefront. He’s the focus of this MV; his 90’s Michael Jackson-esque dance moves are what they want us to notice, to spotlight how even after all this time he hasn’t lost his touch.

The lyrics of the song are so sweet. They’re clearly aimed at Rain’s now wife, Kim Tae-hee, telling her how much he values and appreciates her. It’s wonderful to see an idol declare so publicly how much their partner means to them, especially when that idol is as famous and popular as Rain. Because I’m something of a romantic, I have a hard time choosing exactly which of the lyrics I like best. The chorus of course stands out; him telling his wife that he wants to dream the same dream and wake up next to her is an incredibly romantic statement. My favorite lyrics are in the second verse when he declares, 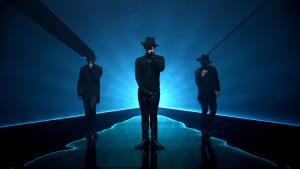 That verse reads a lot like wedding vows and the image of Rain standing at the end of an aisle only solidifies this. It brings out the sap in me and the fact that the choreography matches up with the lyrics for certain moments. A great example of this is at the beginning of the second verse: Rain holds his hand up like he’s making a vow and when he promises to hold her in his arms, he holds up his pinkie as if to make a pinkie promise. When he sings, “Your smile that shines brighter than the sun,” his outfit and the room turn to white to mimic the white of a wedding dress, further emphasizing his lyrics.

“The Best Present” is at its core a sweet love song set to a R&B influenced backing track. It wants you to body roll, to sway back and forth while holding your loved one in your arms. If this song makes an appearance in a few weddings this year, I wouldn’t be surprised. While it’s not crazy or inventive, it is a solid song. Rain knows what he’s good at, what he wants to write, and by collaborating with Psy, he’s put out a strong track that makes it easy for many people to enjoy.