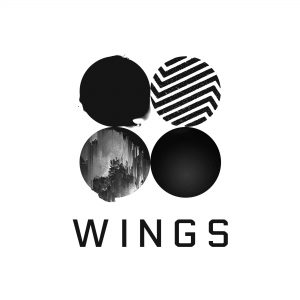 Big Bang may have lured me into this rabbit hole towards the Wonderland called K-pop, but BTS is the Mad Hatter refilling my cup nowadays. WINGS is the second full studio album from BTS. They aren’t a group that avoids speaking about personal experiences, and that’s what attracted me to them in the beginning.

Unlike a lot of groups that claim hip hop as an influence, only to promote the genre as a passing fad, BTS put in effort to apply some of the principles of hip hop to their music. Furthermore, they didn’t stick to purely hip hop as their only sound, branching out into other genres over time.

I could review the overall feel of the album, but there’s a problem with that. Big Hit Entertainment has done something unprecedented in K-pop by allowing all seven members their own solo song. They also tackled nearly every genre on the globe without veering too far from their own sound. To do these things demonstrates a strong confidence in the musical abilities of BTS, and I’m glad to say, the risk paid off for WINGS. 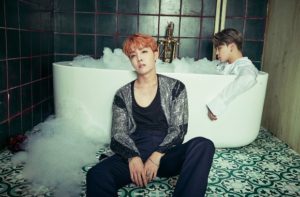 According to interviews, the group says the album is about the temptations one faces in youth, but I heard a number of different themes in this album. They tackle various subjects introspectively in order to learn about themselves as they mature into adulthood. BTS faces a stronger obstacle as idols because their mistakes make headlines; whereas, their peers are given the freedom to explore growth out of the public eye.

This fear of having their weaknesses exposed is best explored in “Lie” and “Stigma”, the respective solos by Jimin and V. Compared to past tracks, Jimin sounds more refined and relaxed, yet there’s an intensity in his voice that aids the passionate nature of “Lie”. The bridge caught me off guard especially for the brief moment where the instrumentals are stripped away to focus on the lightness of his tone.

By contrast, V sounds heavier, which I feel was done on purpose for “Stigma”. While Jimin sounds unsure of what actions he should take to address his possible “imposter syndrome”, V is disturbed by the idea of his actions potentially hurting others around him. V seems upset about others shielding his poor decisions when he feels he deserves punishment for his crimes. His high notes felt akin to screaming, but not in an unappealing way. This was a desperate cry to the heavens for help because V doesn’t know what to do about his past transgressions.

I’m going to throw Jin‘s “Awake” in with the insecurity theme as well since he touches on the idea that he may never reach his full potential as a singer, but he’s going to give it his all. His solo didn’t have any spectacular instrumentals, but this fits Jin in personality and tone. I can tell he really put effort into controlling his pitch for this song, which I hope settles some of those “Jin can’t sing well” debates. He’s not a bad singer; it’s his nasally tone that probably sounds off-putting to some. However, when combined with a gentle ballad, Jin’s voice possesses a calming quality.

Jungkook, J-hope, and Suga all took a retrospective angle for their songs. Technically, J-hope got two solos since he opened with the intro “Boy Meets Evil”, a dramatically intense rap that set the tone for WINGS. One never knows what to expect from J-hope thanks to his staccato style of rapping that occasionally includes singing. That’s what made “MAMA” the most fun for me. Unlike other parent appreciation songs in k-pop, J-hope chooses an uptempo swing jazz melody to shout out his mother for her support of his dreams. He’s too bubbly to use a ballad, so “MAMA” was very appropriate for him. 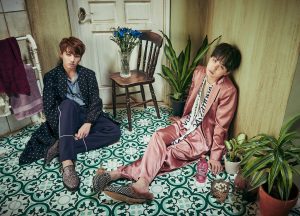 “Begin” was Jungkook’s open letter to his members for being there for him when he first came to Seoul as a trainee. Anyone familiar with his English covers will understand why this song is up his alley. There is a westernized feeling to it with the mix of EDM and trap, but it doesn’t feel like he is pandering to a western audience. Jungkook loves this style of music, so hearing him sing it comes as no surprise.

On the other hand, Suga surprised me with the subject of “First Love”. Music has always been in Suga’s life, which is why he still reminisces about the brown piano that awakened his melodic sensibilities. The structure of this song clearly had Suga’s fingerprints over it more than those piano keys gathering dust in the corner of his memories. As his rap intensifies, so does the swelling fullness of the orchestral background, symbolizing his growth in his passion for music.

Similar to Suga’s track, the solo for Rap Monster,”Reflection”, has a subdued beginning, but we get a keyboard and warped synthesizers in lieu of the piano and strings. As much as I want to appreciate him being open to fans, he already touched on these feelings in his RM mix tape, so the subject felt repetitive. I wasn’t wowed musically by the track either since it plateaued in sound, unless that was the intent. Maybe he’s supposed to symbolize a scratched CD that skips and remains stuck in the same place because of his emotional scars.

As for the group songs, BTS retains their commitment to keeping their hip hop roots while exploring other genres that complement their sound. I never heard of moombahton trap until “Blood Sweat and Tears” happened, but that’s what excites me about BTS. They love trying new things.

You have Jimin opening the song with his delicately raspy voice, sounding like a siren. In many fairy tales, a siren was a nymph-like sea creature with a penchant for singing an enchanting melody that lured wayward sailors to their impending doom upon sharp reefs that would sink their ships. Basically, Jimin is about to drown some ARMYs in their own feelings. All jokes aside, there is something to be said about having him sing so softly like that along with the rest of the vocal line. It’s somewhat haunting. It’s also a bit strange to consider them as the seducers when the lyrics allude to them being seduced. Who is tempting who here?

As mentioned earlier, BTS doesn’t shy away from the hard topics, whether it’s addressing the pettiness of their haters in “Cypher Pt. 4” or calling out everybody’s hypocritical bull in “Am I Wrong?” I’m a huge fan of “Am I Wrong?” more than “Cypher Pt. 4”, which had to grow on me because I hated Rap Monster’s “bbllpp” noises at the end of his tagline. Given that the track apparently was a duplicate beat from the producer they used, it’s not surprising why I got deja vu with the cypher. Adversely, I loved how BTS tackled this bluesy, uptempo sound with a southern US twang for “Am I Wrong?”. The catchy refrain combined with the harmonica turns into this hype song that falls along the same vein as “Baepsae” from their last release. 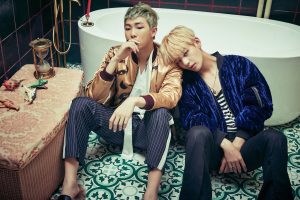 Someone is probably going to call out “21st Century Girls” as reading a bit try-hard with its greasy lyrics. I won’t argue with the sentiment on the condition that you allow me to keep this jam so that I can shake my cakes. Jungkook’s bridge had me flashback to Justin Timberlake‘s Justified era so I got a whiff of nostalgia there. Another song that doesn’t require deep thought is “Two, Three”, their first official fan song. It’s a song meant for ARMYs, so it may not appeal to everyone, not even their own fans. That doesn’t make it bad; it just makes it another fan appreciation song. For the record, I still prefer “Attack of Bangtan” because it brings more hype in concert.

All that’s left are “Lost” and “Wings”, two songs with positive messages that are sure to get anyone through tough times. “Lost” features the vocal line, but it’s not the outro. It’s a laid-back tune with great harmonies over a pop synth trap beat. I like how the lyrics promote the idea of persevering through uncertainty because things may work out. 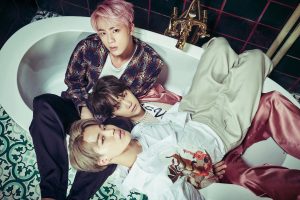 “Wings” is the final song, and it’s an interlude. Does this mean we’re getting the rest later? The song sounds as positive as its message about taking risks and overcoming your fears for your dreams. While the members express their struggles in reaching this point of their careers, it’s evident that they’re excited for the next chapter in their lives. They know it’ll be frightening, and they could fail, but nothing will stop them from aiming for the sky.

What astonishes me most about this is how cohesive they manage to make it sound with all of these different genres. They focused on showcasing the members’ individual strengths on this album while still being able to include songs that displayed their group’s color. On top of that, they challenged themes centered on their continued growth into adulthood.

I hope BTS never becomes a group that’s too scared to confront their humanity, even if it’s intimidating. Their pursuit to understand themselves as people through their music is an inspiration. Creativity is boundless in the universe, and I think BTS understands that their success hinges on this principle. As long as they open themselves to exploring every facet of humanity through their music, with all of its inherent flaws and beauty, not even the sky can limit them.