FTIsland's "Where's the Truth?" Shows Us Their Maturity 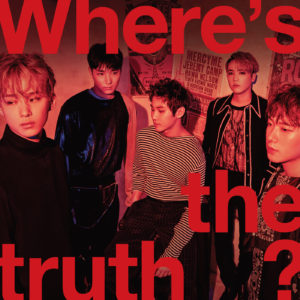 FT Island is one of those rare gems in K-pop: an actual band that rocks, not just in theory, but in every meaning of the word. “Where’s the Truth?” is their latest album and solidifies their rock band title. With all the best parts of 90’s grunge and early emo, FT Island crafts a full experience with “Where’s the Truth?”. The nine songs easily move from one theme to the next, bringing the listener along for the ride. There isn’t one song on this album that I dislike; each one fits perfectly with the others.

The album starts and ends with some hard hitting rock songs. “Out of Love,” “Take Me Now,” and “Lose” open the album. They’re the kind of rock songs that easily would fit in at Vans Warped Tour and other similar rock festivals. Hong-ki‘s powerful and raspy voice adds to the intense drumming and forceful guitars, getting the listener hyped up. It’s hard to not wonder what it would be like to experience these songs live; the production and arrangement clearly takes their concerts and performances into account. It can be difficult to find a successful idol band that’s producing good alternative rock. It’s hard to deny how well FT Island does it.

“Where’s the Truth?” also includes a couple of slower songs, including one power ballad, ala the 80’s. The slower songs are sandwiched between the upbeat portions and allow some 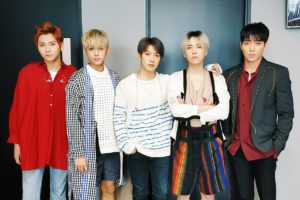 breathing room in an otherwise energetic album. The only exception is the closing song on the album, “We Are…” “We Are…” is a piano-driven ballad that showcases the other member’s voices. It’s more melodic and pining than anything else and a great song to close the album with. Additionally, it’s a great contrast to the other songs on the album. It’s great to hear the different sides of FT Island on this album and their mellow songs definitely reveals them.

My personal favorite from this album is “Paparazzi.” It’s not a complex song; lyrically, it’s mostly Hong-ki repeating the chorus over and over with a few verses thrown in. Despite this, though, the song feels urgent, like what they’re saying is really important to understand. Thematically, the lyrics can go two ways: either Hong-ki is singing about a long distance lover, or he’s singing from a fan’s perspective. Since the song is titled “Paparazzi,” I’d say it’s safe to assume that he’s singing about the devotion fans feel to their idols. The chorus is a repetition of “I wanna see you baby/Need you baby/Wanna see you out of picture,” which is a sentiment many fans can relate to. The song is all about wanting and wishing to see someone you love in person in order to express your feelings. While it seems harmless at first, later in the song Hong-ki sings:

Oh my girl girl baby I think I’m going crazy
No no worry If you’re okay
Flash flash baby the pictures I take of you
Aren’t pictures, they’re love

That last line in particular shows a potentially more sinister side to the story the song is telling; maybe these fans aren’t just incredibly infatuated with their idol, maybe they’re actually sasaengs. Granted, it’s hard to say, since the lyrics don’t go much deeper. The synth and rolling drum line really drive the song forward. It is reminiscent of songs by the popular emo bands of the early 2000’s. It’s rough, yet polished, and it’s made for jumping into the mosh pit.

“Where’s the Truth?” is a solid album. With only nine songs, it sometimes feels too short, but the energy that was clearly put into each song makes up for it. It is a nice change of pace from the normal pop music that’s so prevalent in K-pop. While the songs are fairly similar stylistically, it doesn’t feel monotonous or boring and just when it feels like it’s more of the same, a ballad comes on. Each transition from song to song never feels abrupt; the pacing only adds to the overall listening experience. In the end, “Where’s the Truth” shows us how much FT Island has matured and leaves you excited for what they’re going to do next.