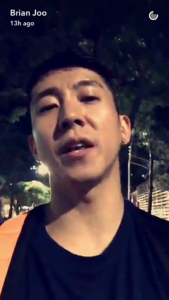 As Snapchat becomes more prevalent, it is not surprising that Korean celebrities are also beginning to use the application to connect with their fans, and maybe even appeal to prospective fans. Some of the celebrities using it include UKISS‘s Kevin, Eric Nam, Tablo, SNSD‘s Tiffany and Sooyoung, f(x)‘s Amber, and Gray.

You may or may not have heard of it before, but Snapchat is a social networking application which boasts over 100 million users and over 10 billion video views daily. It is primarily a messaging application where users send timed photos and videos that may be accessorized with captions and filters. After the set time is up, the images are deleted. This theoretically allows for snippets, or “Snaps,” of the individual’s life to be shared with friends in a carefree and unrefined manner.

More recently, Snapchat has expanded to become more of a social networking site with the creation of “Stories” for users to share Snaps with all of their friends at once. With the creation of Stories and the option of “Discovery,” companies could share promotional videos through Snapchat. Similarly, idols can share their stories on the platform to users who can freely follow their stories, and even reply directly to the images in the Story without being seen by any others.

But how is Snapchat different from other (older) forms of social media? Or more importantly, where is Snapchat in the timeline of constantly evolving idol-fan relationship dynamics? Maybe we need to go a bit further in the past and start from a time before social media.

Prior to the advent of social media, K-pop idols and fans only interacted in person at music shows, concerts, or call-ins at radio shows. Fans learned information about their idols through interviews and appearances on radio broadcasts, television shows, and magazines. Fans of the K-pop originators can probably remember the days where phones with cords (e.g. landlines and phones at phone booths) were vital in getting announcements and voting for their favorite idols, and when a VHS recording was the most accessible way to re-watch  – or watch  – them.

In general, it seems that there was no real way to know idols apart from the images created for them, and the appearances idols made on various shows were probably easily regulated and controlled because they could be edited prior to release. Plus, the most visible part of a celebrity was their performance, and that says very little about their actual personalities. All it shows is the perfected result of countless hours of practice. 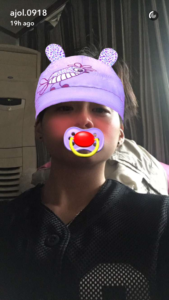 The prevalence of social media has changed this idol-fan dynamic, and celebrities are now creatures much less alien to us. Social media in general bridges the divide between idol and fan by providing fans with additional material to assist them in forming a more cohesive image of the idol. Also, the advent of social media has allowed K-pop to spread further than its borders, into the internet where the material becomes more widely and readily available.

With company-created Facebook pages and official websites, we get more detailed information about the idols such as their profiles and scheduled events, allowing fans to learn more about them and find opportunities to support them. With personal Twitter accounts, fans can see snippets of idols’ thoughts and perhaps how they interact with others on an informal basis. Instagram, meanwhile, allows idols to share images – typically carefully edited and selected – from their lives.

Though these forms of social media are meant to bridge the gap between idol and fan, the material presented still seems regulated and carefully considered. After all, one would probably think twice before posting something on the internet because once the material is posted, it cannot really ever be taken back. And, it could very well be used against you in the future.

In contrast, Snapchat, more so than other forms of social media, seems to bring an additional element of closeness between idol and fan through its ephemerality.

In general, Snaps do tend to be brief, unedited, and unrefined glimpses of people’s lives. Viewers experience the Snaps in a brisk pace dictated by the sender. Additionally, the Snapchat Stories only exist for 24 hours before they disappear. In contrast, other social media platforms such as Instagram and Twitter allow viewers to have an infinite amount of time to browse whatever they wish. Of course, Snaps can be saved in the form of screenshots, but they are not meant for that purpose. They are meant to be glanced at, considered briefly, and probably eventually forgotten.

Thus, the temporality of the images allows for this ease and carefreeness through which fans can see how idols capture and interpret small, everyday things. This carefreeness makes the idol seem more like a friend that feels no shame in showing their more unattractive and boring sides. Also, since Snapchat has the stories in a continuous stream mixed in with the Snapchat stories of your friends, you forget whose Snaps you are looking at, and it feels as though all of the stories presented belong to friends rather than strangers. 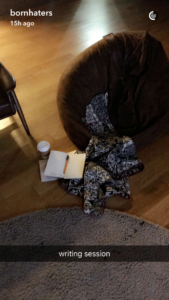 Though the Snaps do appear to be much more stripped down and personable, the term “social media” still calls attention to the fact that all materials through the source are mediated in some way or another. After all, the idols can constantly retake Snaps, and idols are still very much aware and cautious of the material that they put out for their followers to see.

Thus, there’s no way of knowing whether or not these Snapchat personas are merely extensions of the ones they are forced to take on by their companies, and not even if the persona is one contrived by the idols themselves. While it seems as though Snapchat is an avenue for idols to become closer to their fans, there may not be a fundamental difference between it and other forms of social media.

On the flip side, Snapchat could cause fans to feel closer to their idols and allow them to forge a more personal connection with them. While it probably translates into offering more ready support to the idols, it helps fans realize that idols are humans with flaws too. This humanization then allows for an identification and stronger bond with the idol, where they can then be approached as respectable equals rather than untouchable, abstract entities affixed with irrational expectations.

What are your thoughts on idols’ use of Snapchat? Does it seem to provide an additional element of closeness not afforded on other social media platforms, or does it seem similar? 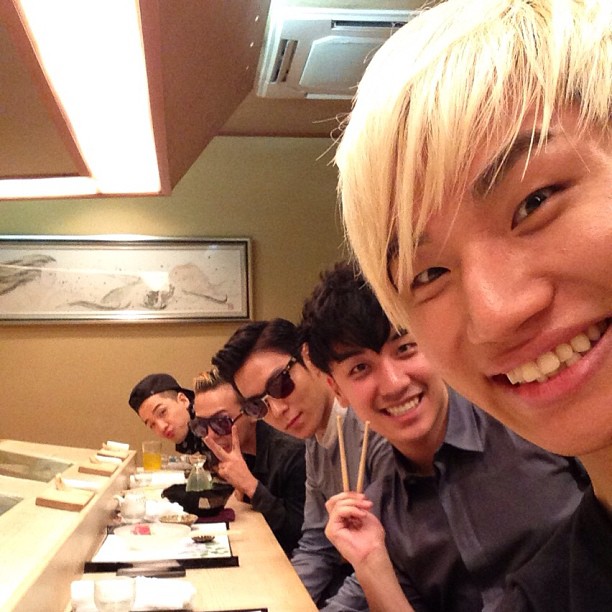