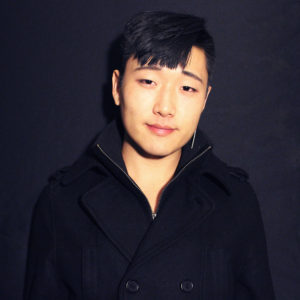 This week’s Indie Gem is Jhameel, a Korean-American artist from California. Originally on track to become an officer in the military, he switched gears and graduated from UC Berkeley in record time. He started writing and producing music as a way to unpack some of the uncomfortable realities he had witnessed. His first big break was being featured on Hoodie Allen‘s track “No Faith in Brooklyn” and consequently touring with Hoodie Allen.

Jhameel is definitely a DIY type of musician; not only does he produce and record all his own music, he also directs and edits all his music videos. His music is raw, genuine, and emotional. It deals with not only his personal struggles and shortcomings, but societal issues. In past interviews, Jhameel talked about how he hopes to spread love and acceptance through his music. He talks extensively about how he hopes his music will help someone accept their differences as not a flaw, but something that makes them human. Jhameel just recently relocated to Seoul to pursue music and even participated in SuperStarK. His popularity has slowly been climbing as he produces new music for his fans, known as the Tribe.

I first heard of Jhameel by stumbling into his panel at KCon LA last year. Looking for a panel to sit in until the next event, I walked into his small meet and greet. Listening to him speak and interact with fans won me over and then he offered to play some requests acoustically for everyone there. With that, I became a fan. His songs tread the line between personal and universal which requires talent and a deep understanding of music. As soon as I had the chance, I checked out his YouTube to get a better feel of his music. The first song that caught my eye was “Feisty.”

It’s an upbeat pop song, but the combination of using a distorted hum as the foundation and him beat boxing makes the song so much more than just a normal pop song. It’s not one of his more philosophical songs, but it’s dance-ability made it an immediate favorite for me.

However, his song “Shadow of a Man” is the one that convinced me that he was more than just another indie pop singer. In the song, he discusses the effects of domestic abuse on both the victim and the observer’s. He pleads with the victim to think of themselves, to think of how this is affecting them and leave their abuser. While the song itself is reminiscent of Michael Jackson in the 80’s, its content and video is dark, reflecting what the song is about.

His music continues to deal with personal topics (see “Lion’s Den” or “How It Feels“) and his most recent release is a song dealing with the expectations of women in Korea. With a sense of humor, “Bomb Digga Woo” talks about how women have rigid rules to follow and if a woman doesn’t fall within these parameters, she can be labeled as “crazy” and can be shunned. In the song he doesn’t try to tell his subject that she should change and nor does he try to pity her. Instead, he encourages her to continue being herself and not to change even under pressure from society. It’s a nice little ditty that focuses on his guitar and the trumpet line rather than any fancy frills. The video is similarly sparse with just him and a woman standing in as the subject of his song. It’s fun and sweet, a nice contrast to the overall topic of the song.

Jhameel’s music is uplifting and complex, a combination that is difficult to execute. With his recent move to Korea, it’s exciting to see how he’s going to grow from his new experiences. His talent only lends itself to that growth; his exploration of different facets of pop is already a trademark which allows him the freedom to explore those different aspects. Either way, be sure to keep an eye on Jhameel, you won’t be disappointed.