Boys Generally Asian, or BgA (with an emphasized “Capital ‘B’ with a lower-case ‘g’ with a big ‘A’”), is the new five-membered boy group hailing from the joint production of Wong Fu Productions and RHPC. While new to the K-pop game, the two companies hit almost all the right strides in putting on what may be this year’s best debut effort. With one of the most original fan club names in recent memory, the BgA Army will likely become a BgA military before all is said and done. From the styling to the dance moves and the slick production, this MV has all one would ask for in a debut, and so much more.

For a rookie group, they take a big risk in going with a ‘meta’ concept which curiously works wonders. The video’s minute and a half introduction presents the members as a group of everyday friends who decide to form a ‘K-pop band’ in order to attract girls. As preposterous as that sounds, the humorous tone and slick pacing of the segment is really effective in painting our idols as a bunch of down-to-earth regular guys. Think about it: idols who feel like they must sing and dance (or resort to lowbrow tactics like autotune or using body doubles in the dance break if they can’t do either) just to impress girls. What a revolutionary idea!

The song itself is a bit on the tried and true EDM meets electro dance pop side but the execution is pulled off like no other. Of course, none of this can be achieved without the charismatic vocals of the group’s leader, Ryan. He’s clearly also the face of the group, being in the center of nearly all the dance formations and having the camera pander to his boyish angst at every opportunity. 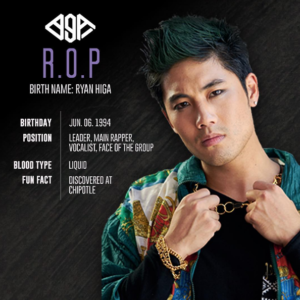 Early critiques of the band are that Ryan’s autotuned vocals equate to a lack of actual singing ability or that it’s reminiscent of an outdated sound which dominated the K-pop industry four years ago; however, I argue that these critics fail to take into consideration that the autotune element purposely plays into the group’s ‘meta’ concept.

First of all, idols train 24 hours a day, 7 days a week to perfect their vocals, dancing, rapping, and whatever four-dimensional abilities they may possess. To criticize an idol for not possessing actual singing ability just because he sings completely in autotune is absolutely unfair. Ryan even jokes about using autotune to mask his non-vocals in the introduction. In fact, the MV’s self-awareness is part of what makes it so great! It’s good to know that, for once, our favorite idols aren’t the butt of the joke, but they’re the ones who are in on the joke.

Secondly, autotune never left the K-pop industry; it’s just been subdued in a way that it’s become not so noticeable. Whether it’s in the form of correcting a singer’s pitch in a pre-recorded track or used as back tracking in a live performance, audio correction has and always will be prevalent in an industry which calls for hourly on demand performances from idols who have very little time to perfect their lines and dance moves before being rushed into a recording studio or asked to perform live on stage. Making the vocals in “Dong Saya Dae” rely completely on autotune is just another element of the ‘meta’ concept, one which makes a very intriguing commentary on the K-pop industry.

Through the ‘meta’ concept, BgA is about putting on display their true selves. They’re telling their fans that they are above all the glamour and the gloss and that, at the end of the day, they’re just ordinary guys who may or may not have trouble singing and dancing simultaneously while looking great all at the same time. After all, isn’t it profoundly sexy that that our idols can be metacognitive enough to admit that they too have flaws and make mistakes? 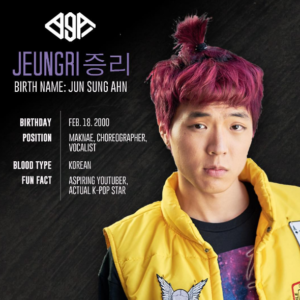 Lastly, the group’s chemistry and dynamic is off the charts. Aside from Ryan, who’s clearly multi-talented in the vocals, dance, and looks department, there’s Philip whose personality comes off so well for a rookie. Look for him to win us over with his charms on variety shows and drama appearances the way Kwanghee sleighed us a few years ago. There are already talks of pairing him with GFriend’s SinB in the next season of We Got Married.

Jun is the cute and quiet one, much in the name of Shinee’s Minho. The CF offers have already started rolling in as he’s set to be the next spokesmodel for Global Eco’s new line of Korean female cosmetic products for men.

Justin is obviously the crazy weird one modeled after no other than T.O.P himself. I see him most likely to make the crossover into cinema and making a name for himself overseas as a critically-acclaimed actor. Step aside, Lee Byung-hun.

Last and certainly not least, David is the group’s musical mastermind, having written the lyrics with Ryan and produced the song with the help of Beatpusher. The song’s sentimental outro clearly highlights David’s musical talents. Look for him to be the first to make what will likely be a much-awaited solo debut.

Clearly, BgA has a lot going for it and only time will tell where that will take them. However, not everyone sees their unyielding potential the way I do. Certain comments on the MV’s YouTube page have labeled this as being a parody of K-pop, implying that this group and MV should not be taken seriously. Likewise, few have even gone to the lengths of comparing BgA to Heart2Heart, the Chad Future-backed project which attempted to enter a group of Caucasian males into the K-pop industry.

Let’s stop to think about that. If Chad Future is allowed to be considered ‘serious’ K-pop, then BgA certainly fits the description. At least they’re actually Asian, which is clearly stated in their group name! If anything, Chad Future should be considered the parody more so than BgA. And if that isn’t enough to prove definitively that BgA is a legitimate K-pop boy band with a bright future ahead of it, just check out how amazing they are in the dance version MV!

Quantified Validation: 5 out of 5

Readers, are you just as excited for BgA as I am? What do you think of their unconventional group name, Boys Generally Asian? Who’s also in love with Jun’s samurai hair? 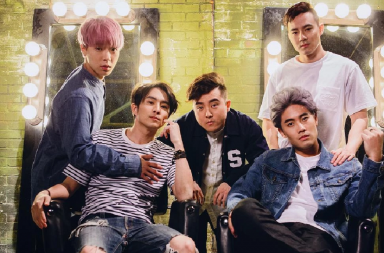 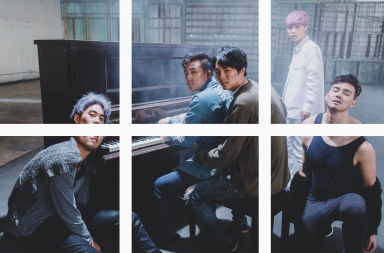 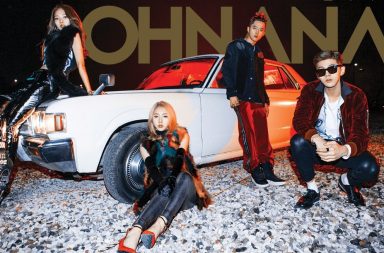