Rainbow Shines Through Their "Prism" 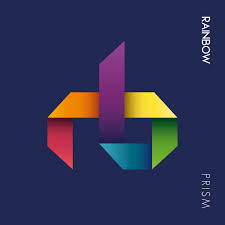 Close to a year after the too-short promotions for “Black Swan”, Rainbow has made their return with their fourth mini, Prism.

Prism is an incredibly important release, not just for the perpetually underrated septet, but for DSP as a whole, as it’s their first new release following the disbandment of Kara. Add in that Rainbow has consistently released incredible albums, regardless of their sales, and Prism has a one-two punch of pressure and expectations. And any and all expectations are promptly given the middle finger in the best way possible.

Prism immediately defies musical norms by opening with the ballad “Saying I Miss You”. It’s not a particularly original ballad — the biggest flaw is easily the distinct flavor of OST — but it carries a great deal of emotional power and shows off Rainbow’s vocal skills, especially Hyunyoung. The lyrics are genuinely heartrending, about the difficulty, pain, and ultimately the relief of admitting that you do miss your ex, even if you only admit it to yourself. However, the effect of “Saying I Miss You” is increased exponentially by the pure shock of hearing it open Prism; it goes from touching to an emotional sucker punch.

“Whoo” is easily one of Rainbow’s best title tracks, in a way that defies all logic. At its core, “Whoo” is a smorgasbord of utterly disparate musical elements. It’s got the peppy vocals of europop married to 70s-esque bass and guitar lines via mid-2000s pop-rock, with a touch of 80s synths for energy and a rap for a second verse that should bring the song to a grinding halt. Yet it works, all the elements melding into a solid instrumental, Woori‘s rap only elevates Jisook and Hyunyoung’ pre-chorus. Everything is glued together by the sheer exuberance of Rainbow’s vocal performances, the joy at being in love infecting anyone who hears it.

“Black & White” is where Prism really hits its stride, returning to Rainbow’s confident, girl power aura that dominates their discography. While it starts slow and gentle, it quickly kicks into a disco-fueled high gear, playing lower ranges against higher ones before exploding into an epic soaring chorus. “Black & White” resonates with lush, female power, backed by the lyrics. The “black” and “white” in question are the dark and light sides of Rainbow, and both are embraced fully. “Black & White” is a call for true confidence, balancing one’s inner yin and yang, and refusing to become any less then you think you are.

In a world where girls are under pressure to never be single, “Click!” is the anthem of ladies with standards the world over. Rainbow makes it clear that they want romance, but will settle for nothing short of Prince Charming himself. It’s a vicious, unrepentant takedown of guys who won’t take no for an answer delivered with a smile and a wink. The charm is only elevated by a production straight out of 1967. The bass line is killer, straddling groove and funk, complemented by touches of brass. The bass-heavy instrumentals contrast with the high yet rich register of Rainbow’s vocals, Seungah and Jaekyung in particular, for an addictively magnificent song.

Prism rounds out with “Eye Contact”, an R&B piece. “Eye Contact” is a song tackleing the common subject of a cheating boyfriend . . . from the perspective of the other woman. It’s remarkable how unapologetic Rainbow is, and I mean that in the best way possible. They’re not guilt-ridden or ashamed; far from it. They’re clearly getting off on the secrecy, the roughness, and the ego trip of it all. This is only enhanced by the crisp production and the airy, silken vocals. “Eye Contact” is playfully self-centered, refusing to feel bad because it feels so good to the extent that when Rainbow accepts responsibility for the mess, the songs ends before consequences get involved. 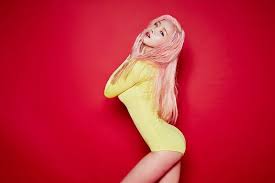 Prism is like nothing else in the current K-pop landscape. Opening with a pure ballad, focusing on the lower registers of Rainbow, reaching towards the past over EDM, and most importantly, giving rarely-heard perspectives a voice. There are not exactly a plethora of songs about women embracing their dual natures, or refusing to settle for whoever comes along, or being the other women and not feeling like a monster because of it, or even just being happy in a new relationship. The fact that everyone sounds amazing all the way through the mini is just the cherry on top.

If you only listen to one mini album in the next six months, make sure it’s Prism.