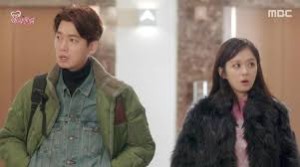 One More Happy Ending is a drama that makes no bones about what it is. A romantic comedy that thrives on ridiculous encounters and protagonists who thrive on the extreme ends of the romantic spectrum but somehow fall in love; it sounds like a by-the-numbers drama that couldn’t hope to make a lasting impression. Yet, by embracing the insanity typical of dramas, One More Happy Ending has become a must-see drama for anyone in need of a little happiness.

One More Happy Ending is the story of ex-idol-turned-divorcee-matchmaker Han Mi-mo (Jang Nara) and the paparazzo, Song Soo-hyuk (Jung Kyung-ho), who accidentally catches her confronting her boyfriend about cheating on her with her former group mate Goo Seul-ah (a cameo from Dara of 2ne1). And then he tries to save her from drowning, only to learn they’re across the hall neighbors, and after a bout of drinking realize they went to elementary school together and were each other’s first crushes, so Mi-mo and Soo-hyuk decide to get married right then. All in the first episode.

Most shows that tried front-loading a drama with that many tropes would collapse under the weight of so many connections so soon. However, One More Happy Ending never tries to pretend that Mi-mo and Soo-hyuk’s tangled lives are anything short than insane, with Mi-mo and Soo-hyuk as the most incredulous of all. They have the hardest time accepting their tangled fates, and when they do, their grade school antics come back in full force. Mi-mo and Soo-hyuk act childish and immature around each other despite being mature adults literally anywhere else. 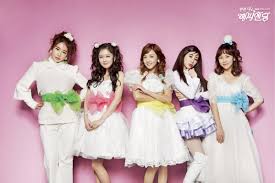 The two lead separate lives, and those lives are given just as much development as their romance, and it’s by seeing those lives that the audience can truly understand why their connection is so powerful. Mi-mo is still close with three of her four ex-group mates, and despite the Sex and the City vibe given off, they have serious problems. Ae-ran gave into pressure to marry only for her husband to turn out to be a cheating womanizer and her business is losing money. Dong-mi is perpetually single and her first boyfriend in 7 years was married. And Da-jung has a miserable, decrepit marriage and breast cancer. They support each other, but the stories feel more in tune with a melo than a rom-com.

On Soo-hyuk’s side, his 13-year old son, Min-woo, is desperate to see his dad married, his work partner won’t take “I’m not interested” as an answer, and Hae-joon, his best friend, is now dating Mi-mo, the first woman he’s had a romantic interest in since his sons’ mother died in childbirth. Soo-hyuk is beyond lonely, and every time he takes a step towards overcoming that loneliness and fear, something gets in his way. Yet he and Mi-mo deal with these tribulations like grown people. They talk, they listen, they support, they think things through. When Mi-mo has problems with Hae-joon’s closeness with his ex-wife, she confronts him rather than stewing. Soo-hyuk forces his coworker to understand he’s not into her so she can move on. 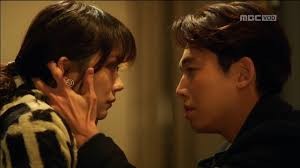 On the whole, Mi-mo and Soo-hyuk’s lives take work. They put a lot of effort and energy into their careers, their friendships, and their romances. But whenever Mi-mo and Soo-hyuk are together, their lives become complicated and intertwined and easy. They have an immediate connection and closeness, even before realizing they knew each other as children. They click, meshing in a way that goes beyond plain sexual chemistry and jumps straight to understanding each other with minimal difficulty.

Even Mi-mo’s dealings with Min-woo have a certain air of ease around them that cannot be explained by her old friendship with his father. When So-hyuk can’t make a school volunteer event due to work, Mi-mo steps in, and despite having only met Min-woo a handful of times, it feels natural. Mi-mo, Soo-hyuk, and Min-woo fall together to form a proto-family with minimal fuss. When any of them are together, it creates a world that explodes with hijinks and zaniness in sharp contrast to their fairly grounded lives outside of each other.

And that seems to be the message of One More Happy Ending: love should not be grueling. Relationships do take work, but they shouldn’t be miserable slogs. A romantic partner should be able to the long, demanding work day and intense drama of friendships and make everything a little lighter. Mi-mo and Soo-hyuk may not be dating right now, but they lighten each others’ days in ways that no other couple in One More Happy Ending — or most dramas — does.