KNTM: This is Not a Competition 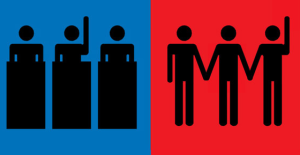 When Jessi said, “This is a competition.” in Unpretty Rapstar, it made waves in Korean media because of the forwardness of her statement. While it might be argued that it was because Jessi is a female, and most females on Korean television try to convey a friendlier, more approachable image, the main reason it became a big deal is because Jessi was conveying an individualist sentiment in a collectivist society.

Individualism and collectivism are examples of cultural psychology, which is the study of how behavioral tendencies are rooted in one’s culture. Individualistic societies focus on personal freedom and self-interests, while collectivist societies focus on harmony and community. A simple way to determine if someone is from an individualistic society is if they refer to themselves as “I,” while in a collectivist society, that person would describe themselves through their relationships with others. In short, individualists are independent while collectivists are interdependent. However, between the two, there is no best method in which societies should behave: these are just frames of thinking for which scholars use to better understand why different groups of people behave uniquely.

Korea’s Next Top Model (KNTM) was a good example of collectivism versus individualism as it was an American television concept translated for Korean viewers. While both KNTM and ANTM have ended, both have impacted its contestants and viewers in different ways. While KNTM definitely did have similar attributes to ANTM, like the usual makeover episode which always reduces at least one girl to tears, the two shows could not be more different in tone. And hence will be remembered for starkly disparate reasons. 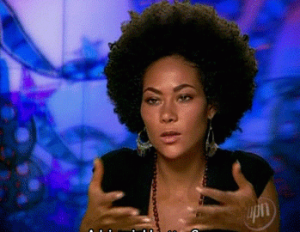 While KNTM‘s essence is a modeling competition show with only one winner, there was no animosity present in the show. The editors of KNTM never focused much on contestants’ personalities like ANTM Cycle 6‘s Jade, who was edited as overly arrogant, or ANTM All Star Season‘s Lisa who was framed as an over-the-top crazy.

That is not to say that all KNTM contestants were best friends, but Korean culture is deeply rooted in respect and hierarchy. Most of ANTM’s actual drama probably stemmed from too many individuals living together and not knowing how to handle different personalities and life styles. However, without prompting in KNTM, the older contestants held seniority over the house and set up a schedule for cleaning. Because there is a culture of respect deeply imbedded into Korean society, there was no catfighting over someone stealing food, invading someone’s private space, or back talking – it simply wouldn’t be allowed. 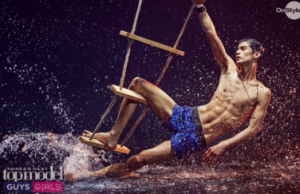 Clearly, KNTM is a not show that thrives on scandal and drama. Instead the editors of the show chose to focus on the improvements of the contestants and how they adapted to difficult challenges. In the most recent season, KNTM Cycle 5, most of the contestants had problems with catwalking, and all the contestants practiced in their spare time while giving each other constructive criticism. Viewers watched as Kim Seung-hee, the youngest contestant at 16, stumbled while walking in heels to eventually walking with some measure of grace during the challenge.

In contrast, on ANTM, there were contestants who offered advice on walking, the one-on-one interviews emphasize a lack of trust in others’ input given the competition’s setting. There is a different attitude on KNTM 5, where contestants willingly state that Bang Tae-eun did particularly well for a water photoshoot and that they were inspired by his efforts to do better. Instead of creating a ruthless competition like ANTM, KNTM‘s tone was more like a training academy where everyone was trying to do their best while being considerate of those around them. 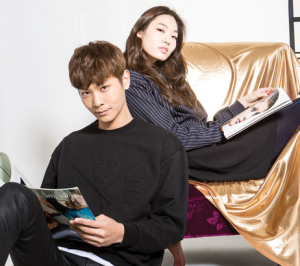 ANTM‘s setup contained challenges for each episode, which gave personal benefits in the form of prize money or elimination challenge advantages like having more photograph shots by taking away some from a contestant of their choosing. The premise of this was in self-interest because the idea was to target your rival in order to win. In ANTM, there was no words of apologies or comments as contestants used challenge prizes to their benefit or when it came to a shopping prize, they chose their friends.

In KNTM, challenge wins were not always shared with friends. As Hwang Gi-ppeum said, “I chose Jung Yong-soo because he was really depressed from almost being eliminated”. She definitely had friends who she could have given it to, but instead she chose it for the good of the group’s harmony. When it was the finale and Hwang Gi-ppeum, the supposed front runner was nervous about a bathtub pictorial, Lee Chul-woo offered to switch the order in the photoshoot so that she wouldn’t have to go first. There was no selfishness in switching places because he was confident in his abilities, and wanted to calm Gi-ppeum down. 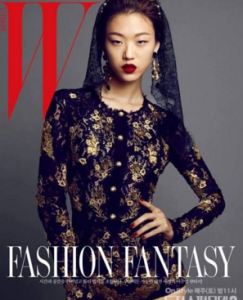 This is not to say that Korean people given their collectivist society live like Gandhi without egoism. KNTM was still a show that provides the opportunity to advance their careers. However, given the professionalism in which the show was edited and filmed, KNTM was a better vehicle for their  contestants than ANTM. By overlooking the fundamental premise of a model, as unique but with the capability to be a blank slate, ANTM became more like a reality show than a competition. By focusing on their abilities and minimally on their personal lives on the show, KNTM was a career vehicle for models. Just some examples include KNTM winners include Choi So-ra (Cycle 3) and Shin Hyun-ji (Cycle 4) who have walked international fashion shows of the likes of Rodarte, DKNY, and Louis Vuitton. KNTM cycle 5 finalist Chul-woo got to host Onstyle’s Heart a Tag with SNSD Tiffany while cycle 5’s Bang Ta-eun after he was eliminated, received an offer to be in John Park‘s “U” music video.

While the premise of KNTM remained consis 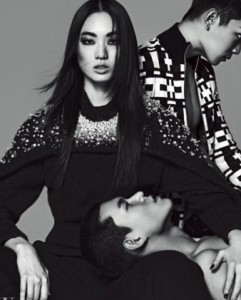 tent to ANTM in that it offered great benefits for the winner, the psychology behind the shows’ viewers shaped the tone of the show. Since the fundamentals of modeling contain someone that is able to embody a brand’s image and values, KNTM had launched many a models’ careers, while ANTM‘s individualistic take on models might have unintentionally given contestants bad press.

Both shows are now over, but KNTM was definitely an entirely different animal than ANTM. If you were not interested in KNTM before, are you now? If you have watched both shows before, what other differences have you noticed?