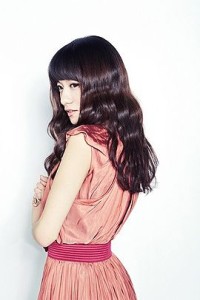 Around me and in my steady little world, I feel as though nature has been dip-dyed in colors taken from a limbering casket of joys yet to come – I see the whites and greys of winter deepening into the premature pinks and yellows of spring, and by listening to the flowering and softly decadent music of Lucia I have intimately experienced nature’s fresh parturition.

With this poetic introduction, I bid all Indie Gem enthusiasts a warm welcome back! In stimulating your gentle penchant for melodies that fall with the flowers, blow with the fragrance of the wind and swell with the ever-present sunshine, this segment will focus on the indie-pop masterpieces of K-indie singer Lucia, whose timbre embodies a nebulous femininity and fertile sentimentality meant to leave you breathless with its sensorial saudade.

For quite a long time, I have prized and cherished Lucia’s harmonious message. In fact, her beautiful music was the first glimpse I took into the looking-glass of K-indie wonders and its never-ending world of poetic, cathartic and memory-mollifying music. To be honest, she has far too many awe-inspiring songs that I would love to unwind right here, but as this segment’s role is that of a propitious primer, I will select my absolute favourites in order to embroider your sensibilities with tasteful passion and enjoyment.

Born Sim Kyu-Seon, Lucia debuted in 2010 under the distinguished indie label pastelmusic and one year prior to her official debut dabbled in musical theater with a singing role in The Magicians. One illuminating interval later, Lucia released her single “Sakura Moment” featuring Epitone Project and quite wondrously changed my life. The song animates her music by giving it life as a flowering curiosity with softness, breathiness and an almost spoken word flair. The instrumentals that accommodate are ballad-esque with a clean piano melody until they are intercepted by a jazzy bridge; a whisking drum melody and smoky rhythm complete the composition and make it the perfect melody for a reticent spring night in a dimly lit café with a cup of effulgent coffee in hand.

Lucia’s first major collaboration and joint album followed some months later with Epitone Project; styled A Room of One’s Own, the album’s title track “Any days, any words” masterfully captures Lucia’s green foray into indie music collaborations as she endeavours to express her musical style in a poignant and uniquely independent way. In multilayered and simplistic fragments that take on a distressed color, Lucia’s soft and feminine vocals tell a story of lost love and the memories that resurface through dreaming about them vividly. In “Any days, any words,” Lucia’s evolving self-actualization is evident: we receive a meek and effortful performance that delineates her beginnings and inspires us to look towards her future musicality because of the vocal talent and emergent expression present in this track. 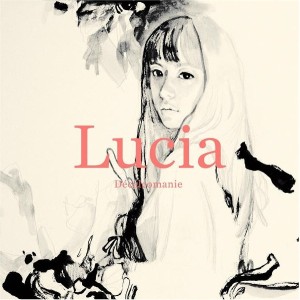 In October of 2012, Lucia reached a defining moment in her career with the entry of her first mini-album Décalcomanie into the K-indie landscape. The aesthetic French symbolism of the title translates loosely to “transfer” and makes scenic sense when we interpret Décalcomanie as the resulting fruit of her transference of experiences and skills from her past to present, beige to bronze, youth to maturity, and amorphousness to distinctness. In this album, the use of fantasy and allegorical cinematography to characterize music videos for the tracks is prevalent and enhances the musicality to an unimaginable degree, the perfect combination of music and movie.

The second track “I Can’t Fly” is a prime example of this with its folk musical flavour interlaced with an epic fable of an MV. Lucia’s vocals brim with a pristine clarity as they wade against the wave-like instrumentals then grasp a woodwind cusp sharply, eventually glossing into the aqueous percussion instrumentals smoothly and metrically. Track four of Décalcomanie is titled “Savior” and is a masterfully rendered ode to the liberation of one’s soul from self-imposed bindings. In my mind, the song sounds as if it is entirely composed upon a gleaming white cloud or on the wings of a blue-hued gale; Lucia’s enunciation of the English chorus is commendable and melodic, and the rifts she captures with her mature yet delicate falsetto atop dense electronica tones give the song an undeniably palpable pathos. 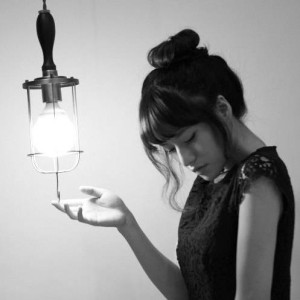 Aside from her mini-album and personal EPs, Lucia treated lovers of K-drama and K-pop both to the versatile exquisiteness of her voice; the effort of her enchanting endeavours yielded an OST for SBS’ 2015 hit drama Hyde, Jekyll, Me featuring Epitone Project and entitled “Maybe Somehow” and a digital single in collaboration with Infinite’s Woohyun titled “Cactus” in 2013. In other words, her finesse with the folk/indie genre and ability to confidently steer her own inimitable timbre has appealed to the likes of contemporary musicians that now define Korean music and situated her as one of the top artists K-indie has to offer.

To conclude this segment into the magical musicality of Lucia, two magnificent singles that must not be overlooked include the artistically amusing “That Season” in 2013 and the generally outstanding “Upon Your Existence” in 2015. “That Season” is defined most prominently by its music video, which gives the listener and viewer a performance of passion played out through contemporary dance. The folk melody of the song is pastoral and reminiscent of the sounds that characterize late autumn. Lucia’s use of noticeably formal language in the lyrics adds to the deeply nostalgic senescence of the song and wraps it up in translucent instrumentals while attributing its meaning to a love that once spanned seasons captivatingly.

“Upon Your Existence” is my personal favourite, a memoir of bohemian beauty with its stirring MV and haunting lyrics. The sweet vocals of the song are mature in resonance but represent a picturesque femininity and softness that are both complex and naïve. Meanwhile, the instrumentals are breathy. Straying from traditional percussion and woodwind, they encapsulate the natural flair of Lucia’s vocals symphonically.

Any tomorrow can’t be replaced with today

Upon your existence that is more precious than anything

That being said, Lucia’s music is of the heavens with its mellow and sweet visions of femininity and fading love. She displays the beauty of the spring season through her pastel timbre and is able to incorporate the nostalgia of other seasons into her music euphonically and vividly. As a representative artist of the folk/ballad flavour that makes up K-indie, she is outstanding in her intricate conveyance of seasonal, sensorial, and surreal melodies. I would recommend her music to all admirers of moving, seasonally-inspired and delicately mature beauty.