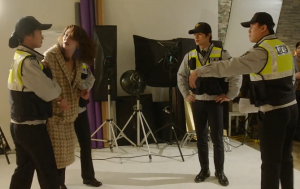 From my last review until now, there have been an onslaught of revelations on in The Village: Achiara’s Secret. Yet after completing it, it seems like not much really transpired beyond some uninteresting plot reveals.

The drama concluded its 16 episode run this past week, and honestly, the show was a mess. It is still a watchable mess, but there were a lot of aspects that I didn’t enjoy about it.

Spoilers ahead and TW for rape.

I’m quite frustrated with how things went down for a large duration of the series. I think the show had a promising premise of being a paranormal mystery, but things really dragged along as the show stumbled through its final act.

Let’s just cut to the chase, none of my prior predictions for who killed Kim Hye-jin (Jang Hee-jin) really panned out. From episode 6 onwards, they introduced and summarized the motivations for why the lumber mill worker’s wife killed Kim Hye-jin. They didn’t really delve much into their actions until the last episode or two, but at that point, the viewer was just watching them explain away a good amount of loose ends. I didn’t mind that they introduced the killer later, but maybe I wasn’t convinced of the motivations for killing Hye-jin and still kind of feel like the repercussions to that lumber mill family’s deeds weren’t as strong as it was for Yoon Ji-sook (Shin Eun-kwang), but more on that later. The more pressing issues I had with this drama are the character inconsistencies, lack of depth to those characters, pointless drama, and trivial dialogue. 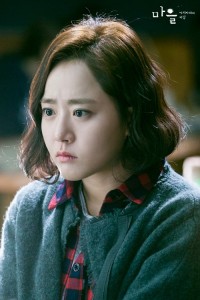 My biggest issue with this drama is the So-yoon (Moon Geun-young) character. So-yoon’s motivations for solving this crime was because it was her non-blood related sister who got murdered. I understand that to an extent, but we don’t really get those moments to demonstrate why So-yoon has this nature. We don’t get a more rounded image of the type of ideals that she grew up with. I don’t feel any reason why she connects with her sister’s story or what drives her to continue to this pursuit for truth. She feels very one dimensional in that she’s written as this person set to uncover every little secret, instead of a more nuanced character with a personality that is built of her own back story.

We actually get a number of scenes where So-yoon empathizes so much with her dead sister — that she’s never met — that she begins to speak on Hye-jin’s behalf, saying things like Hye-jin would like that or Hye-jin wouldn’t do that.

It also doesn’t help her character that the paranormal aspects make her out to seem like a plot device. Key pieces of evidence just come to her through these ghostly visions. On more than one occasion those preternatural hunches lead to revelations that were extremely helpful in driving the story forward. It’s just frustrating that an actress with her talents is being given such drivel to work with. And thus I found her motivation to seek out this truth based on promises made by Pil-sung (Choi Jae-woong) — who surprise, surprise turns out to be the serial murderer — painful to watch, since she knows he’s a killer and he already made an attempt on her life, but she will still willingly walk into that trap. 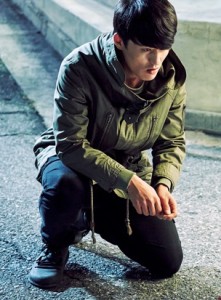 I previously expressed my disdain at the handling of Pil-sung’s character, and that did not improve in these later episodes. My last shred of hope that they would either leave his character as is or have him be transformed into a helpful sidekick were tossed into the wind as they cast him as the serial murderer who has been plaguing the area. It sucks because the writers continue to dehumanize him and label him as a monster. Honestly, I thought the walnut tick was going to be a mislead because it would have been too obvious to make So-yoon’s initial hunch about the identity of the serial killer come true, but alas why try to surprise the viewers?

The most promising overarching storyline involving a political conspiracy did not amount to much either. It just got covered up in the end with a faked death, and it seems like the writers couldn’t figure out how to wrap it up succinctly.

At the end of the day, there wasn’t enough depth in the characters. I can’t really even remember very many of their last scenes. The writing didn’t help with that. Gun-woo (Park Eun-seok) ended up being a side note character, written off as just another of Hye-jin’s half siblings. Also, killing off Ga-young (Lee Yeol-eum) to motivate her mother to speak out is another tired trope.

The last few episodes devolved into a matter of connecting the dots in a very messy family tree. That is due to the rape storyline that was introduced. Rape is a very sensitive subject matter, and I do think the writers tried — in some parts — to explain the reverberating repercussions of it. In some regards, they did explain some of the trauma that Yoon Ji-sook faced. But with the overall tone of who they painted as a villain, it seemed like they were more willing to show redemptive qualities of the rapist while casting Pil-sung as more of a demonized, troubled character. They are both bad for different reasons, but with the lumber mill man, they tried to make him seem more human since he was willing to take the blame for killing Hye-jin, in place of his wife. 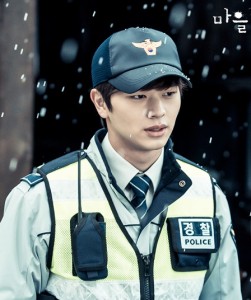 At the end of the day, I think The Village: Achiara’s Secret fell victim to its large cast and trite plot devices. It introduced so many characters and couldn’t really handle each character with any satisfactory depth. There were also countless slaps used to add pointless drama when there was any sense of escalating tension. Promising storylines that needed some more nurturing to make them pop just fell flat in light of one character’s determination to uncover everyone’s secrets.

Even the reveal of the serial killer was inconsistent as Pil-sung’s decisions didn’t make much sense at times. Why let So-yoon go on the phone one last time to talk to the police when he already has her in his clutches? One character I haven’t talked about was the Woo-jae (Yook Sung-jae) character. He has his good moments, but he also feels flat. He is motivated by this sense of duty, but his other qualities don’t get developed further. We don’t get a nuanced explanation of what drives him to such a strict sense of duty. We don’t get a furthering of his interests in So-yoon — which is fine, but why introduce those moments in the first place. We don’t get what other ambitions he has.

This year, I attempted to watch more dramas. I accomplished that, but I also determined that I am just a bad judge of character on which dramas are worth continuing. The Village: Achiara’s Secret was quite a disappointment. It fails on telling a good character driven plot. It fails at delivering a scary thriller show. It fails at being an intriguing murder mystery. All of its potential gets dwindled by the bad plot devices, shallow characters, and loose storytelling.