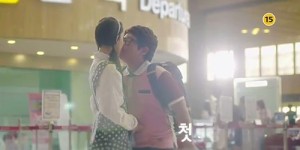 Wow. I made it through an entire rom-com drama with only a few qualms for the first time in quite a long while. She Was Pretty is of course not perfect, but I still consider it quite the success and for more than just the large number of viewers it pulled in due to its immense popularity.

Before I get into the success of the overall drama, I have to talk about the two big revelations in these final episodes. I don’t think the revelation that oddball writer Poong-ho (Ahn Se-ha) is actually the editor-in-chief’s nephew is at all deserved. Poong-ho’s character is vastly underdeveloped and too much of a sideline character for such a big secret role. If he had been a more significant character, it would have been different, but with his minor role in the show, this revelation is too much of a cheap “gotcha” — cue finger guns — ploy for my tastes. At least, they didn’t change him completely — he shows up at the conference with his characteristic back scratcher tucked into his suit jacket.

On the flip side, I was pleasantly unsurprised to find out that Shin-hyuk (Choi Siwon) is the mysterious novelist, Ten. Goofy and caring but clearly far more complex of a person than meets the eye, Shin-hyuk seemed like secret writer material from the beginning. As such, I’d assumed going into these episodes that he was both Ten and the editor-in-chief’s nephew and hoped that the two roles would be combined into one at the end. 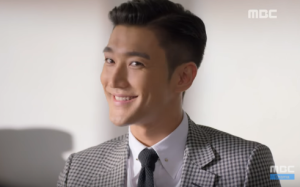 While it didn’t work out quite the way I expected, I like the explanation of his being adopted and growing up in the US. It explains his buoyant almost caricature of a personality, as we Americans tend to have a reputation for being over-expressive, such as with our love of the word “awesome” and excessive touchy-feeliness. Plus, it worked to fit into the long list of opportunities to show off Siwon’s ever-improving English skills, especially since he’s enlisting later this week.

As for our main characters, the fact that Sung-joon (Park Seo-joon) actually pushes Hye-jin (Hwang Jung-eum) to pursue her career as a children’s book writer has redeemed him completely from my disparaging of his character, especially his cold, harsh nature from the beginning of the drama. When he tells Hye-jin that he wants her to follow her dream and that he would never want her to resent him for not telling her to do so, I swoon. He doesn’t selfishly want Hye-jin to be with him for his own happiness just because she’s his first love. He wants her to be happy and knows that that requires more than just his role in the romance aspect of her life. So he is more than willing to pursue a long-distance relationship so that he can wrap up everything with work in the US while she works on her first children’s book. 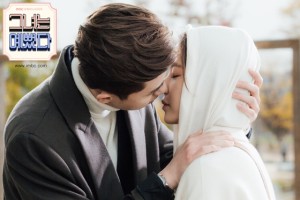 What’s more, Hye-jin proposes to Sung-joon. He told her before that he was planning to propose, but she beats him to it with her simple doorstep request complete with rings. Instead of getting upset that he couldn’t use his plans to surprise her, Sung-joon is just happy that they’re on the same page about getting married after a year to work on their careers, which is the perfect reaction to such a sweet moment.

This also goes to show that Hye-jin is not at all a pushover. She is always earnest in her efforts to do well in all that she does, be it in her job or in her relationships, so she is definitely not one to stand by passively. Sure, she is naive and often unsure of herself and how to react to certain unexpected (at least for her) situations, but considering her first belief that she is a secondary character in the story of her life, that’s understandable. Still, she stands up for herself on more than one occasion, with those moments increasing as she becomes more self-assured.

This proposal in particular, though, shows all of the progress she has made up to the end in coming into her own self-confidence. In the first episode, as the finale reminds us, Hye-jin accepts society’s pronouncement that she is not pretty and therefore a second-rate person without any reservations. Her time at The Most magazine changes her perception of herself, though. She starts out as a mere support member then soon transitions into a copy editing position at the magazine, and before she knows it, editor Cha Joo-young (Shin Dong-mi) encourages her to start writing. With Shin-hyuk’s help, she works hard and publishes an article, jump starting her dream career as a children’s book writer. 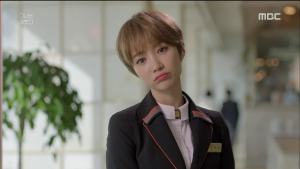 On top of that, she embraces that she is more than just her looks, returning from time to time to her naturally wild, curly hair and ruddy cheeks toward the end. There’s nothing wrong with fixing her hair nicely and wearing make-up, but it’s nice to see that she is not using it to hide or change herself. It’s just another side to her that makes her beautiful. Working in a nice parallel, Sung-joon also starts to leave his hair down on his forehead, a sort of signifier of his softening.

Also putting her all into her career is Hye-jin’s best friend, Ha-ri (Go Joon-hee). At first I was miffed that Ha-ri discovers via various assessments that the perfect career for her is as a hotelier. It seemed a bit lazy to just throw her back into what she was doing before since a different career would require more effort on the part of production, but the enthusiasm with which she approaches her work this time around makes up for it.

Ha-ri has always had things easy, what with the connections afforded to her via her father, but now she does her utmost in her career and makes headway all by herself. It shows such growth and a new belief in herself. Also, how cute was that confession from that younger student at the university? Even if she does nothing about it, I’m happy to see that she no longer has the faceless, wealthy oppas following her around and taking her out. She seems to believe in the possibility of love. 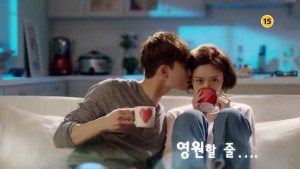 Narratively, the story wraps up too perfectly. To think that Shin-hyuk could just write and edit an article and interview — with himself, to boot — plus photography and layout design for a magazine all by himself in such a short time is utterly absurd. Any magazine editor would scoff at that bit for how impossible that is. Still, I love that Sung-joon returns to The Most to replace the editor-in-chief since she is off to get married to some random Italian model that understands her flamboyant style and extravagant personality.

In terms of the big romance, Hye-jin and Sung-joon are the cutest. He asks her to clip his nails; she ignores his request for kisses while working; they go on picnics together; and more. Their domestic bliss is so wonderful. Oh, yeah, and they end up having the most adorable, curly-haired, ruddy-cheeked daughter ever with the same habit of yelling “it’s a go” at crosswalks that her mother has. Yes, I love the way this drama ends. It’s definitely well into cutesy territory, but with the way this drama has gone, I wouldn’t have it any other way.