Return of Superman: Cute Kids Introduce Us to Korean Culture 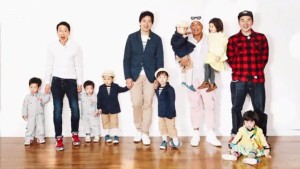 If you’re not familiar with the show Return of Superman, its premise is simple: For two days, celebrity dads have to take care of their children without the help of their wives. It’s a great concept — it’s open-ended enough to allow for creativity, but fun enough that each episode will be entertaining.

There are currently five different families on the show, with the fathers’ professions ranging from a comedian and an actor to a MMA fighter and a professional soccer player. Each episode has a theme, like “A Family That Laughs Together, Stays Together,” “The Fancy Outing,” etc. They then focus on activities and experiences during those two days that fit the theme.

For example, in “The Fancy Outing,” two families attend a two day etiquette retreat so the kids can learn traditional Korean manners. The kids are young and earnest to please their teacher who is dressed up as a village teacher from the Joseon era.

Return of Superman is like Running Man, in that it’s a show many people from outside of Korea have heard of, but may not have watched themselves. Its family friendly nature makes it an easy show for people from across various demographics to enjoy.

It’s really interesting to see the different interactions and parenting styles of the different families. The quintet family is particularly interesting, even though most episodes focus on Lee Dong-gook trying to take care of the youngest three. He frequently seems to have trouble making sure the twins aren’t being naughty. Every time he turns his back to either take care of the adorable Dae-bak, or either of the twins, the remaining twin will get into some kind of trouble. 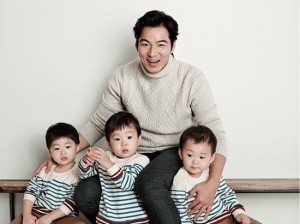 While he’s strict with them, he never yells at them or comes off as harsh. Seol-ah consistently steals her baby brother’s formula, although she has been told many times by her dad not drink it anymore. Even when Dong-gook catches her drinking Dae-bak’s formula, he doesn’t yell at her. Instead, he scolds her and tries to drive home how she isn’t allowed to drink formula anymore.

Each father deals with discipline in their own way; some reasoning with their children or scolding them, while others either redirect the energy or try to turn the situation into a positive experience for the kids. The best example of the latter is when Song Il-gook brings his triplets to an arts and crafts festival that featured a realistic T-Rex mascot. He knew his kids loved dinosaurs and wanted to give them a special experience.

Instead of being excited, they are terrified by it and scatter quickly, with Man-se even hiding behind a VJ. Instead of either forcing them to interact with the mascot or giving up completely, Il-gook works with the mascot to coax the kids into getting over their fear. He works within the triplet’s limits, and while their fear isn’t completely conquered, they probably grew a bit from that experience.

The most informing aspect of the show is when the show focuses specifically on Korean culture. While all Korean media demonstrates different aspects of their culture, Return of Superman exemplifies how well-off families probably interact with each other. It is, of course, important to realize that this is because the families are composed of mostly Hallyu stars or other public figures. 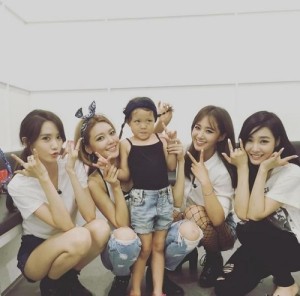 This is most obvious when the families do things like have photoshoots and play dates with idols. In one of the episodes, Uhm Tae-woong and his daughter Ji-ohn participate in a photoshoot for a magazine. It’s not common for non-entertainment personalities to be a part of such things, but it’s definitely a part of their lives that seems normal.

In another episode, Choo Sung-hoon and his daughter, Sarang, have a play date with Girls’ Generation. This isn’t the first time Sarang has met them, though it was the first time she had visited them while they are practicing. The whole interaction is adorable, especially since the members seem to genuinely regard Sarang as their own little sister.

As cute and sweet these experiences are on screen, the majority of Korean families don’t participate in wonderfully styled photoshoots and aren’t able to visit one of the biggest idol groups in the world. I much prefer watching the families experience things like going to the aquarium or taking the children to dance classes. They make for moments that are genuine; they give you a glimpse into what growing up in Korea could be like.

Return of Superman is still a great show to watch, both for its content and the glimpse into the lives of these families. I’ll definitely keep watching, if not for the ability to learn more about Korean culture, then for the adorable kids.