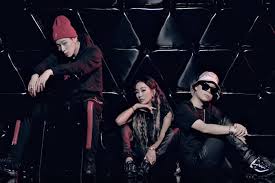 Summer is coming to an end, and the bright, cheery releases that have dominated the last five or so months are ending with them. As the weather turns dreary and cold, the musical landscape of K-pop will be changing right along with it. Starship Entertainment is getting a head start on the inevitable melancholy music trend with a collaboration between Hyorin, Zico, and Paloalto, entitled “Dark Panda”.

I have to confess, despite the undeniable skill of all three participants, I was apprehensive about if these three could actually work together as a unit. Paloalto is skilled, but has been outshone by his collaborators before, while Hyorin’s ability to share a song in duets is extremely hit-or-miss. Yet those fears proved to be unfounded. Zico and Paloalto’s verses are delivered with just the right balance of fire and pain, and this might be Hyorin’s best performance in years. She sounds soft and vulnerable without sacrificing her incredible range. Her restraint and vulnerability pull at the heartstrings in a way she has rarely managed to achieve before; it’s a genuine tour de force performance. 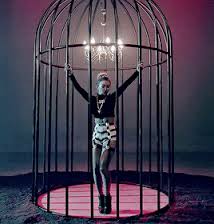 The lyrics are lovely as well. Zico, Hyorin, and Paloalto are all lamenting the poor choices they’ve made in their life while taking steps to keep themselves from waking up from the haze their actions leave them in. They all seek refuge in the darkness, because in the dark they  can act without consequence. The harsh light of day reveals flaws, consequences, inevitable bad ends.

The cool, soothing dark, though, does none of those. Rather, it frees them from inhibitions, from doubt, allowing Hyorin, Zico, and Paloalto to indulge in their passions and draw strength from the pleasure the darkness provides them.

Sadly, the music Zico, Hyorin, and Paloalto are performing over is as bad as they are good. The instrumentals here are bordering on horrendous. It is so atonal at times that the only logical explanation for “Dark Panda” seems to be that a pod person with little knowledge of human music composed it. Okay, it’s not that bad, but it’s certainly not good!

It is a massive collection of effects that sound more like button-mashing than anything intentionally created. It’s stuttery and always feels off-kilter because none of the thudding, squeaking, twinkling overlays have anything remotely resembling a rhythm. I am amazed at Zico and Paloalto’s ability to rap to this mess because everything is in constant fluctuation, from what comprises the mix to the time signature. If it wasn’t for the vocal performances, I would have an extremely hard time believing that “Dark Panda” is a song rather than a collection of effects.

The MV is of a more artistic bent, or is at least trying to be. “Dark Panda” is shot in black and white, emphasizing the desire for darkness while also adding an aura of class and polish to the song. On the whole, any of the shots featuring the actual performers work decently with the idea of dark sensuality the song is trying to convey. The smokey, shadowy rooms are where they’re most comfortable, but any well-lit scene has a more regretful tone. 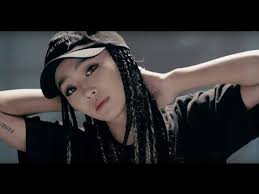 Any time neither Hyorin nor Zico nor Paloalto are on screen, though, the MV loses direction. Half the MV feels like random shots of whatever was near the set at the time. The drummer and b-boy are both damn good, but what are they doing here? The bear with the shoes is even more aggravating due to the blatant Sketchers product placement.

The last 25 or so seconds, though, are particularly confusing. Somebody explain what fountain pens, lilies, dice, coffee beans, diamonds, the scales of justice, Newton balls, loose pearls and/or Hyorin in the most stereotypically black outfit this year have to do with giving into your desires under the cover of darkness? News flash: it’s not artistic if it means nothing.

Zico, Hyorin, and Paloalto all slay on “Dark Panda” hitting the desperate vulnerable tone flawlessly. Unfortunately for them, approximately nothing else about this works.