Debating the Grade on Hyuna's "A+" 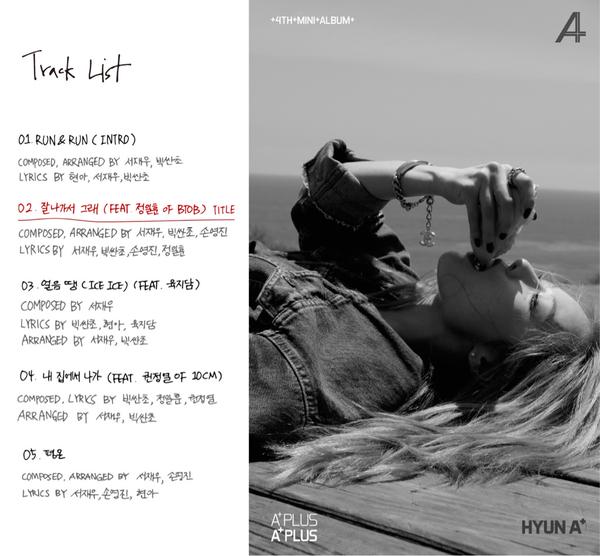 It has been a little over a year since 4minute‘s Hyuna last graced us with a solo album — in the form of A Talk. While that mini album wasn’t the strongest showing for the singer/rapper/performer, A+ showcases the Hyuna that was present in 4minute’s latest promotional cycle for Crazy.

The mini album emphasizes this stronger attitude for the first half as there is a definite emphasis on ramping up the deep bass and adding attitude to the tracks. As the mini album builds up this image of Hyuna, it should come as no big surprise that the team behind 4minute’s Crazy have come together to produce Hyuna’s A+. Seo Jae-woo, Big Sancho and Son Young-jin take liberties on the title track and also have credits sprinkled throughout all five songs here. Even with this stylistic approach, Hyuna doesn’t try to front but instead focuses on a lyrical motif revolving around confidence in the face of hate, which takes shape in lyrical content during the first half of A+.

The album starts with “Run & Run (Intro).” This intro kicks off with some deep breaths, likely simulating someone who has just gone running, and includes a keyboard melody over some synths giving the intro a personal touch. The beat undergoes a few shifts with finger snaps transitioning into a snare beat as Hyuna raps about taking control of the content she puts out. Hyuna, the performer, has been the subject of controversies in the past because her music and concepts tend to stray from a public friendly space. People will talk about Hyuna — no matter if it is positive or not, but as this song mentions, she won’t be ruled by shame.

“They try to make me the same as everyone else

Thanks for caring but

Please take away those bossy hands

Whatever I become, I decide.”

“Run & Run (Intro)” takes the most negative of naysayers and casts them away with Hyuna letting them know that she will do what she desires without regret. And that is a great note to from the get go.

Next up is the title track, translated as “Because I’m the Best” but given the English title “Roll Deep” by the Cube Entertainment team. “Roll Deep” shifts from the more personal sounding intro into a club type anthem. Despite lacking a memorable hook, the track is quite well put together. “Roll Deep” continues with the theme of Hyuna taking ownership of her status. Hyuna is not simply fanning her ego without reason; it is more of a response to the jealously and snide comments she receives because of her fame.

Instead of letting these words get to her, she chooses to continuing down her won path because she would rather be confident in herself than let the pettiness get to her. Btob‘s Ilhoon adds his own verse that works in factoring into the Hyuna mystique. He sort of rides on Hyuna’s status and references Hyuna’s earlier lyrics “You can’t touch me” by mentioning how she is like his sister — giving creed to being on another level compared to those that just spew jealous thoughts.

The track has some memorable lines and clever lyrics. Hyuna’s rapping has also improved from her prior works, but her rap delivery is still lacking some personality. The dance break at the end doesn’t do much to give the song a great climax. It builds for a few bars but does not amount to much and is devoid of any sense of payoff. A decent composed song that could have been great but ends up feeling like a missed opportunity.

“Ice Ice” is my favorite song off the mini album. Yuk Ji-dam adds an infectious energy and works well in partnership with Hyuna. The production on “Ice Ice” is hype. It features a more interesting rhythm than “Roll Deep” and also changes up the beat a few times to keep listeners intrigued. At first, it had a similar feel to “Blacklist,” but the tone of the tracks are completely different. Hyuna and Yuk Ji-dam begin with a nursery ryhme chant, of sorts, on “Ice Ice” and that melody is recalled later on. The song switches the beat during Hyuna’s first full rap verse. Yuk Ji-dam does a great job of interchanging lyrics with Hyuna and the buildup of claps gets listeners pumped.

Once again, the lyrical theme of living up to one’s status is reinforced here, but it takes a more sarcastic approach to the hierarchical motif. The story here is that both girls are at a club and enjoying themselves. Against crude comments, they flip the comments on their critics and exude confidence — letting everyone know that they feel like they are the best. The song is playful and stands out for the delivery of both parties.

“Get Out of My House” takes a slightly more unconventional turn as it pairs Hyuna with Kwon Jung-yeol from 10cm. The slower, more melodic number slows things down from the last two tracks. It is also the first track to talk about relationships or love on the mini album.

“Get Out of My House” has an intriguing allure to it. The dual perspectives from Kwon Jung-yeol and Hyuna gives off a sobering feeling. Hyuna is someone who seems bent on ending a relationship and insists that her significant other leave immediately. Kwon Jung-yeol adds complication to her sentiments by expressing the confused state of someone who feels the forced exit is coming out of nowhere. Even though Hyuna’s vocal range is limited, the harmony between both artists works well with the synthy atmospheric production. 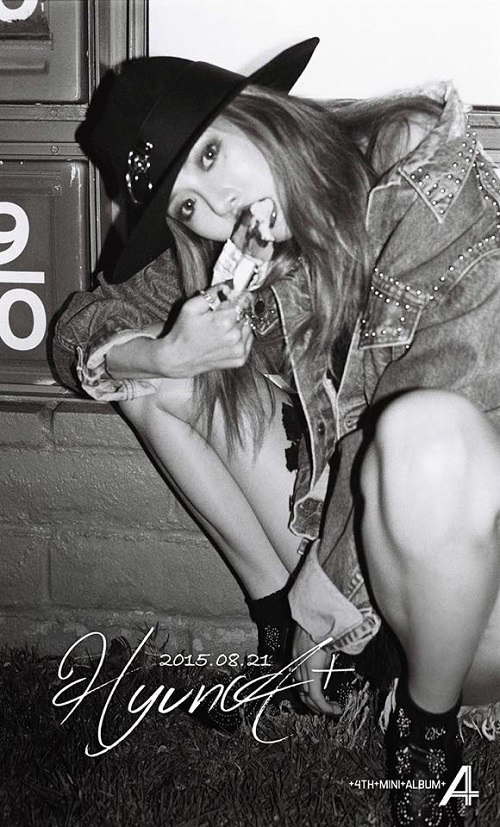 “Peace,” the last song off the mini-album, is seemingly the standard pop ballad. It is actually more interesting than I initially gave it credit for because the production builds layers throughout the track to give it some much needed complexity. Hyuna whispers out the first verses and during the chorus, her vocals are layered to get that fuller sound. The song’s production adds dimension to the limited vocal range that Hyuna has.

At points throughout the song, there is a harp sounding instrument, well-placed drum snares and a melodic keyboard refrain that gives punch and depth to the ballad. The song’s lyrics revolve around the peace felt when it is only Hyuna and her significant other together. It makes sense that she whispers out lyrics because the lyrics highlight a private and personal type of time spent together.

A+ works well on a lot of levels. I truly believe that this production team has grown to understand the strengths and limitations to Hyuna’s abilities and have created a set that helps to accentuate Hyuna’s craft. The features on the album were smart additions that served to boost the dimension on those tracks. It is also great to see Hyuna co-writing three songs on the album: the intro, “Ice Ice” and “Peace.”

Even though each song has their individual merit, the album isn’t completely cohesive. A+ feels more like two stylistically different sets of songs stitched together — the first three songs built on an abundance of confident attitude and the last two comprised of romantic ponderings.

Overall, A+ is a positive piece to Hyuna’s growing discography. It is kind of ironic that this mini album that consists of one of the weaker title tracks (in terms of impact) would also likely be the strongest set of songs that she has put out as a solo artist. A+ is a great listen and showcases Hyuna on two different sides of the scale. If you want the hype Hyuna, the first two full songs will satisfy your dancing needs. If you want more laid back relationship ballads, the last two songs will likely be your style. While falling short of an A grade in terms of execution, A+ does deserve praise for the effort put forth, and hopefully A+  will set the tone for future Hyuna releases.