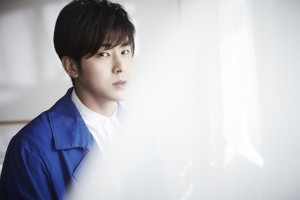 This summer is certainly shaping up to be an interesting one. In the midst of some hit-or-miss summer tracks, we get a surprise Japanese release from one of K-pop and J-pop’s veteran artists. With just a few weeks before his enlistment, Yunho gifts fans his first solo effort, the the coyly titled U KNOW Y.

Though some may be surprised SM chose a Japanese release for Yunho’s first solo endeavor, it really makes the most sense. Tohoshinki’s currency in Japan is almost unmatched, so when the leader of one of the most successful J-pop groups decides to drop a solo album, best believe the response is no small thing. Considering SM’s focus is really on finding groups to essentially take TVXQ’s place (especially as the remaining members are on their way to fulfill their military duties, and SM is sort of phasing out its second-gen groups), it’s only logical they’d push Yunho to promote in Japan. That being said, it’s sort of disappointing we won’t know his full potential as an artist in his native tongue.

Known as one of K-pop’s best dancers, especially of the second generation idols, it’s apt the first song on the album would also be its first single. “Burning Down” is an obvious track—a song meant to highlight Yunho as a dancer. As such, the focus isn’t at all on the vocals. Rather we get a song that’s your typical TVXQ type of groove: a little bit of old-school flare and a sound that’s very distinctly TVXQ/Avex. While the song is catchy, the groove undeniable, this is definitely a song that works better in context. In fact, one may even say the song was written specifically for the sake of making an MV highlighting Yunho’s ability to execute choreography with his signature passion and charisma.

On the back of “Burning Down,” we get another track that’s very much in the tradition of dance grooves. “Tattoos & High Heels” rides a thrumming bassline, a bit of funk mixed into the pop-infused R&B. It’s as if the song’s composers wanted to paint U KNOW Y as an album meant for an older audience, focusing on sounds that are reminiscent of dance tracks plucked right out of the ’90s and lyrics meant for adult ears. It’s no surprise the song is about a woman who’s got a man’s libido (and thus his ego) sky high:

Party’s on tonight. Let’s go to the dance floor right now
Wet high heels, I really want to take your dress off, in the VIP room, yeah
What do you want from me? Just say it straight to me. Do you want me to stop here?
How many times do you lie to me, chase the chance now eyes to eyes
I am not gonna tell you. Play a mind game

The song may be a bit risque, but hey, the man’s 30 years old. Sex is very much on the menu, and there ain’t a damn thing wrong with that.

In the same vein, we get “BANG!”, a track that’s a bit of a nod to later Michael Jackson, à la Invincible. There’s an interesting melodic break after the chorus; however, the drop is a bit jarring in terms of what the song is compositionally. A very high-energy track with heavy influence from ’90s dance music, the sudden drop, while an intriguing means to soften the roughness of the electric guitars and drum machine, can easily pull a listener out of the song and is quite nonsensical. I’m not entirely sure there’s anything intrinsically wrong with the up and down of the song’s composition, but it is something that had me sort of doing an aural double-take.

I’ll admit when I first saw the PV for lead single “Burning Down,” I wasn’t convinced Yunho had the vocal chops to carry a song without Changmin, his TVXQ partner, let alone an entire mini-album. However, the next track did a decent job of erasing some of my hesitancy. A song that’s no doubt meant to reintroduce listeners to his tenor vocals, “Tethered Boat” is a pretty love-lost song in the tradition of all TVXQ ballads: sweeping strings and a dramatic vocal arrangement (one we’ve heard in most of their ballads following Mirotic). A song about a man who put all his heart and soul into a relationship, only to see it disappear. His heart is a boat forever moored to a pier. He’s incapable of moving on from the one he loved more than anyone else:

Don’t just call me when you are lonely
You are the one who ended our love
Why are you still making me suffer?
Do you know how I’ve suffered sleepless nights,
in order to forget you?
If you do know, please just leave me alone

It’s good to hear Yunho’s range. Though his tone is a bit muddled, his head voice more in his nose, there is a sweetness there at the highest point of his tenor. The song’s composition did tend to swallow Yunho’s voice at its climax, but it’s simple enough that we can at least hear where he’s improved over the years vocally.

From sweet to flirtatious, we get “T-Style.” While listening to the song, it hit me that the star of the album is really the song composition. While the sound isn’t a stretch as far as TVXQ or Yunho, it is clean and does keep the listener intrigued. The use of horns and a smoother R&B underbelly make this song one of the best on the mini. Again, we have another instance in which composition overpowers the actual artist. There are moments at the song’s bridge where we get a lovely bit of overdubbing harmony that goes quite beautifully with the chord progression, but other than that, the song itself outshines Yunho’s contribution.

Much like “Tattoos & High Heels,” “T-Style” is more or less an ego trip: a man flexing to impress a female who’s caught his eye: “Come tonight, let me show you my perfect, precious time, baby you’re so beautiful. And I kiss your shoulder, love me baby, make me crazy, gimme sweet.” Using the conceit of a business, Yunho paints himself as the CEO, the big man who’s got the hots for his secretary. It’s very easy to think of this is your typical misogynist male ego masquerading as a bit of raunchy role play, but mostly it is a song with non-inventive lyrics that’s upstaged by its composition. 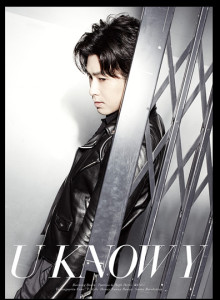 Of course, what Japanese album from a K-pop artist would be complete without a Japanese remake of a song from one of their Korean albums? This time around we get “Honey Funny Bunny” from Keep Your Head Down. Though many may find the song a bit on the smarmy side of sexy, I still have a soft spot for it. There’s something in the song’s construction and Yunho’s vocal that gets me every time, and this Japanese rendition is no exception. In fact, I may be inclined to say the harsher consonance of the Japanese language brings an added dimension of sensual aggression to the song that hits all the right spots for me. Lyrically, it’s nothing interesting, but Yunho’s falsetto moments and the driving pulse of the song works perfectly together to get a girl’s toes to curl.

Now, I’m all for variety in an album. I adore when an artist experiments with his sound. That being said, not all experiments are a success. “Santa Revolution” is a bit of an unfortunate addition to the album. While it’s cute that Yunho flexed his vocal muscle to tackle a bit of J-rock, it just comes off as trying a bit too hard to make a point. I could make an argument that because time is limited when it comes to a mini-album, Yunho wanted to get as many genres and as much work out of his voice as he could, trying to impress upon his fans that he’s a versatile artist. However interesting the song is—and it is technically the most interesting track on the album, if for nothing else it strays from the typical pop/R&B/dance construction we get from TVXQ and certainly expect from Yunho—it really is an odd choice for the end of an album, seemingly tacked on as an, “Oh yeah, and I can do rock too.”

The lyrics themselves confirm how muddied the song actually is, sort of an angel-devil construction, where on the one hand he’s trying to be this contrived “cool” facade of himself, while the other he wants to please his fans:

Ya ya ya ya! Stop, stop, Yunho, stop!
Ah, what’s wrong with you again?
You keep trying to be cool everyday
Yah~ for the 10 years shouldn’t you’ve come to your senses, eoh?

No, Yunho-yah, what are you talking about?
You have to keep trying to be cool
So then you’ll keep doing great

No, Yunho-yah, just for now please think about it well
The fans wish you to show something
Don’t listen to that bad Yunho

It’s really meant to be a fun, silly song, and it succeeds—but that’s not necessarily a good thing.

Overall, U KNOW Y is nothing incredibly special. Some of the songs definitely have a distinct groove, and Yunho definitely manages to show us some of his renewed vocal color. I’m still on the fence regarding him as a solo singer. However, this mini is proof positive that his voice has improved in the past six years. I’ll never buy him as a rapper, but he does manage to hold his own vocally, especially when resting nicely in his lower tenor. There’s warmth there, and it’s obvious that’s where he feels most comfortable.

That being said, as seems to be the trend this summer, U KNOW Y is just another decent release to get lost among other decent summer releases. Granted it is the K-pop veteran’s first attempt at solo work, and this really is just a gift for his fans, it doesn’t really tell us much that we don’t already know about Yunho. A decent effort, but nothing really remarkable.