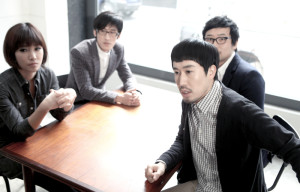 I once read a little poem about the omnipresence of music; one particular set of stanzas continuously prance around in my head the way a danseur makes a masterpiece out of lifting a silhouette in a thin gown and making it the most beautiful thing in the world. “Music, when soft voices die, vibrates in the memory.”

In my mind, the stanzas do the same thing with a few exactly resplendent, equally unrestrained forces.

These two lines create a startling awareness in that they disclose the nature of music while elucidating its eternity. Hence music is an endless cycle; music is enlivened by soft voices and music is subdued by the dimming of soft voices, yet music continues to prevail and pulsate in memories without end. While music itself is subliminal, it takes a magnificent voice and sound to keep it from perishing and losing its eternity. In this Indie Gem, readers, we will find ourselves deep in the endless cycle of a euphony incited by Peterpan Complex; a band whose music has evolved to accommodate, allure, and assure meaningful memories. 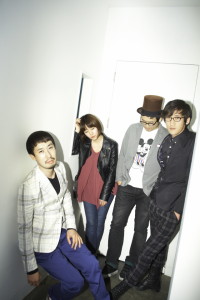 It is an evident fact that the name a band chooses to take is wholly representative of its self-cultivated ideals and melodic mission, so upon exploring Peterpan Complex’s sound I found myself on the cusp of something not only phantasmal, but of something that exudes the acquiring of maturation. The band’s name is a sort of allusion to a perpetual innocence and childishness, in which one is unfazed by the harshness and brusqueness of reality and inhabits a self-styled paradise full of joy and vigour.

On the other hand Peterpan Complex also represents a restyled, firm, and ardent musicality full of sympathy and sensibility. From their days as campus buskers to the departure of old members and their formal conversion from rock to electronica, this band embodies through their music the effervescence of relaxation and ease, and the solidity of change and true growth.

Peterpan Complex was first formed in 2002 when an advertisement the band had placed outside Seoul University of Art’s campus performance center garnered them a small crowd in front of whom they performed for the first time with four original members on guitar, vocals, bass, and drums. After winning the grand prize at Soyosan Rock Festival the very next year, they devoted themselves to their music in full time.

The future for Peterpan Complex had strewed several changes in lineup across the dais but fortuitously allotted them entry into the club scene and at large events as an opening act. The band members at the time of this beneficent advancement included vocalist Jun Ji-han, guitarist Lee Chi-won, drummer Kim Kyung-in, and bassist Jun Ji-il. With admittance into a higher musical setting, experience gathered through performing at various music festivals, and with the prizes won for song compositions in tow, the eternity of Peterpan Complex had elatedly laced up its metallic boots ready to make a quantum leap. 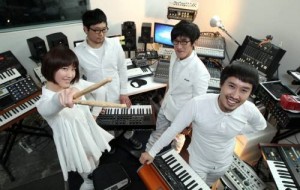 The frigid silence of winter 2003 dissolved at the sight of a glowing hub of creativity when the band released their very first full length album titled Radiostar in February, and a second mini-album 2-0.5 in December. Less than a year after the revelation of two mini-albums and one full length album with 15 complete songs, Peterpan Complex worked diligently to unveil their second full length album called Transistor.

Several more years came and went with an abundance of fruition in the form of albums I’m a Beautiful Man in 2006 and Love in 2008. As all artistry seeks a fount of inspiration, the eternity of Peterpan Complex arrived at the other side of the quantum leap after a three year hiatus, where the K-indie rock genre that defined their nascent years matured into a K-indie electronica and synthpop genre that would define the years to come.

Their fifth album in 2012 O[óu] was a testament to reformation and the perceptiveness of pure amusement. The eleventh track on the album “Swallowing Emotions” reels in a raw melancholia in peppery tones while accommodating the purity of a once-love; Ji-han’s vocals play on the tenderness of broken relationships, endless questions flooding in hopes of attaining reassurance. Simultaneously we hear the strong guitar instrumental and climbing electronic beats mingle to create a neutral platform delicate enough to lodge the beautiful singing and heartrending lyrics.

Track eight “Love Me Good” is by far the most spirited on the album with its Nintendo-reminiscent electronica and clustered harmony swishing in the background. The focus of the song is not particularly on the vocals nor the instrumentals, but smoothly spreads a fine layer of balance atop the chorus and bridge, sparing the song from rhythmic excessiveness.

“Love Me Good” is sweet and short, and makes a case for Peterpan Complex in that they are a K-indie band capable of delivering a fun and frivolous message without having to tap undue depths. The second song of the album “Can’t Take My Eyes Off You” wills feisty romance into a comedic and synthpop-hued skin, and with the clarity of the vocals and resonance of electronic beats emanates the fun-loving spice and fluid subtlety of Peterpan Complex’s sound.

In the past year Peterpan Complex has been active with the release of their single Flights to London which features memorable tracks like “You Know I Love You,” with its rustic nostalgia, desperate pathos, and ballad-esque sympathies. In the K-drama scene they entranced viewers with their OSTs “Spring” and “Do You Even Know How I Feel” for tvN’s 2014 drama Plus Nine Boys. “Spring” is an absolute favorite of mine because of its perfect ruddiness and illustration of young love, and “Do You Know How I Feel” is an endearing song with its simple instrumentals and pure emotiveness. 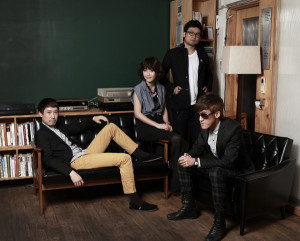 After listening to the array of wonderful songs presented by this band, one is confronted by the fact that the eternity of Peterpan Complex is still turning and will continue to turn; they have a fantastically cheerful side and a masterfully mellow side that meld together at times and disperse at others.

Either way, the two sides of Peterpan Complex serve to display their versatility and flexibility as a K-indie band and that even after Ji-han’s soft voice and the amazing instrumentals of the other members die down, the song will continue to reverberate in our ears happily.