Series Overview: An "Angry Mom" Is a Force to Be Reckoned With 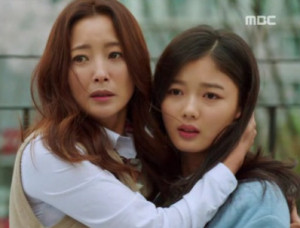 Angry Mom finished its run in May, standing just behind its time slot competitor Girl Who Can See Smells in ratings. The drama revolves around a mother, Jo Kang-ja, who poses as a student and attends high school in order to protect her bullied daughter, Jo Ah-ran. Though seemingly comedic from the synopsis, the plot deals with a lot of confronting themes from bullying, class inequalities and corruption to violence, murder and loss. It deals with these themes in great detail through its diverse range of characters, painting their struggles in vivid color.

Personally, I would compare this drama to Game of Thrones; it deals with power struggles, a large cast of characters and the fact that you know if something is going well, it won’t for long. It will definitely have you glued to the screen in suspense, though the first two episodes are sort of like the first season of Game of Thrones where you are getting to know the characters, and everyone is doing a lot of talking. It’s admittedly slightly boring as you wait for the first major problem to occur, but, after it happens, it definitely turns into a situation where you have bitten off more than you can chew. But don’t worry — there aren’t any weddings. Most of the drama’s vast range of characters are complex and fully fleshed out, with few characters falling back on stereotypes. In fact, some break stereotypes all together. The main character, Kang-ja, is incredibly complicated despite having the simple goal of protecting her daughter as a mother. She is definitely an ‘Angry Mom,’ a tough mother who fights for her family and what she believes in. This is a character that can make up her own mind on what she needs to do, isn’t afraid to become ugly doing it and will most definitely follow through. She is that strong female character that a lot of us have been waiting for, free from romance and wrist-grabbing.

Furthermore, though she is definitely ‘strong’ physically, as she is no novice to fighting, she is not giving up her identity as a mother and a woman because of it. She refutes the ideas of the feminists that think negatively about females as housewives and mothers. Some people might be reluctant to call this drama ‘feminist,’ and the association may even make some angry. That’s fine; everyone is entitled to his or her own opinion. Though Do Jung-woo’s comment to Kang-ja to ‘go back to her kitchen’ and her subsequently ruining his career stands out as one of the many awesome moments in the show where the feminist stamp could come into play. This isn’t a female character we get to witness frequently in K-dramas, and it is diversifying roles for women. It really is a treat to watch her story play out. 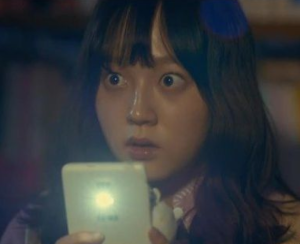 The role of parents is central to the drama and its characters, showing how that relationship reflects onto children. For instance, Jo Kang-ja’s fighting spirit is reflected in A-ran’s will to stand up for her friend, the education minister’s neglect and mistreatment of his illegitimate son, Teacher Do Jung-woo, is reflected on how Jung-woo abuses power and people, and the mafia-like boss Han Gong-Joo’s wish to be a princess likewise is reflected on her ‘sons.’ Parents shape children, whether it is intentional or not, and every character reflects this, even the minor ones. How the children deal with their parents is what stops or allows them to develop. At the same time, a parent’s effect on their child can also be reversed; children can shape their parents lives.

One of the most resonating moments in this entire drama is the on-screen depiction of the grief a parent experiences in losing a child. Yi-Kyung’s mother’s development stood out to me as she deals with her daughter’s supposed suicide. First distraught, defeated, protective and then vengeful, the horrific affect it has on her is clear. It is hell for parents to bury their own child. The drama does justice to hard hitting themes such as this, the psychology behind them and their effects on characters. This particular portrayal makes the neglect of some characters that have no care for the lives of children and the effect of losing them especially powerful. 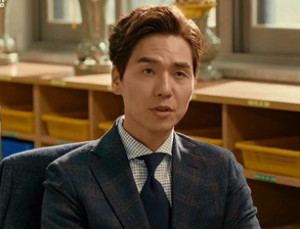 If there were only one person that is ‘evil’ in this drama, it would be easy for Kang-ja to protect her daughter. However, by cutting the head off one snake, she finds more heads grow in its place: There are more people behind each character involved in the main scheme to launder funds from the school. Most of the evil characters seem two dimensional, fueled by their greed for power, like the heads of the scheme, the school’s President Hong Sang-bok and the Education Minister Kang Soo-chan. The seemingly perfect, intelligent and outstanding teacher, Do Jung-woo, is one of them.

From the beginning, he left me, as a viewer, undecided on his role. At first, he seems like he could be an ally to Kang-ja and the students, but at the same time something about him isn’t quite right. Underneath all his layers, we learn, he has been hiding some horrifying secrets. Never have I hated a character more than this one in a drama. His manipulation, abuse and even murder of the people he interacts with make him a character that is hard to forgive. Despite all his discrepancies, every time he is seemingly caught by Kang-ja he would somehow avoid prosecution. As a viewer, I was frustrated to the point that I would’ve been happy with something as simple as seeing his perfect hair messed up for once. Hatred for this character and the other perpetrators was ultimately the force that made the drama incredibly addictive for me while watching. 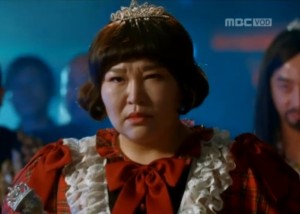 If there is one negative aspect, it is that the writers tried to stuff too much into one drama. For instance, there is a clash between dramatic and comedic themes. Humor is something that seems promising in this drama from the start, but in the sea of confronting themes it falls flat a lot of the time. It is especially hard to think of something as funny after a scene where something traumatic has happened, particularly if there is no transition. This is capitalized on by the random use of music that sounds comedic when the scene isn’t. Sometimes, it seems like the drama is trying too hard to be funny. However, these clashes don’t mean that the drama doesn’t have its funny moments.

Some characters are absolutely hilarious and basically carry the entire comedy aspect of the show. The mafia-like boss who cosplays as a princess, Han Gong-joo and her two Conchita Wurst-like cronies are a great example. Their comedy is eccentric, characterized by their comic book characters. They may be the most bizarre characters, but they are not the funniest characters. That title belongs to naive new teacher Park No-A. He provides a much-needed breath of fresh air within a cast of characters that are at either the instigating or the receiving end of violence. As a naïve character, he believes the best of everyone and always acts before thinking. This leads him to the center of many fights as he tries to break them up. This allows the fights to be funny instead of shows of horrific violence, providing a transition between comedic and confronting themes.

Though I would not recommend this drama for those that are faint of heart, it is definitely a strong contender for drama of the year. So much detail and depth was put into it, giving it the ability to make you gasp, laugh, cry and, of course, yell at the screen in anger. Even when tired, your eyes will be glued to the screen.

Unfortunately, not every aspect can be addressed when a drama as incredibly detailed as this one. So, readers, what did you think of Angry Mom?