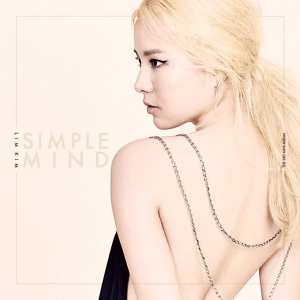 Lim Kim has finally released her 3rd EP, Simple Mind. The album is filled with a wide range of music to catch your attention while still retaining Lim Kim’s quirky and intriguing style. Encompassing the theme of honestly expressing your feelings in a romantic relationship, Lim Kim tries to provide us with a more realistic representation of love.

Starting off the album is the pre-release track “Awoo,” which was composed and written by Primary. This is the stand out track on this album, with every element of this catchy song fitting together to reflect the meaning of the lyrics. The song gives us a mischievous insight into the beginnings of a relationship. It is presented in the form of Lim Kim’s inner monologue as she promises to ensnare the person of interest.

I’ll flirt with you
You’ll get hooked on me

She makes the promise with complete self-confidence; And it becomes fact with the song easily being able to capture the listeners attention.

Each element in this song has been used effectively to create an incredibly catchy techno-influenced tune. The electric line, base line, drum line and vocals all fit together incredibly well yet still hold onto their distinct presence within the song; The electronic beat flows through with the vocals at the start as if pushing the piece forward with anticipation for what will happen next. The chorus brings the song to a climax with a laid back approach and lyrics sung with complete self confidence. Of note is that in the points when the beat is slow, the vocals speed up; then when it is fast, it slows down. It’s as if the song is playing its own game of cat and mouse, trying to lure the beat to catch up with the vocals or vice versa. This dynamic suits the message of the song, adding it to its attractiveness and catchiness. 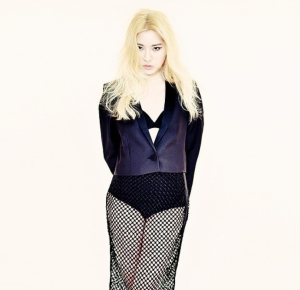 The chase is flipped in “Love Game” as instead of Lim Kim being the chaser, she is the chased. The lyric play shows the contrast between the two peoples desires: one who wishes for the relationship to develop slowly and the other for it to go fast. It is almost a fight for control, with Lim Kim warning,

Don’t fall for me too quickly, don’t allow me too easily
Take it easy, one by one
Filled with curiosity, filled with caution, I like this time

This wish for slow and steady is woven into the music, creating a programmatic piece that is developed through the pace of the song. It starts off slower, with the vocals coming out in short bursts followed by pauses after each line; It’s as if she is waiting for an answer to her questions and warnings. It speeds up throughout the middle of the song, with the pauses ceasing to exist, then slows down again at the end as she gets what she wants. The push and pull relationship is really accentuated in this song, as it was in “Awoo”.

The next song, “Barama,” has to be one of my favorite songs on the album, bringing the genius of Beenzino to the mix. It combines the talents of these two musicians, with both being involved in the production of this song, to bring us a lighthearted, relaxing tune. While the combination between Lim Kim’s light voice and Beenzino’s rough one has the possibility to become grating at times, the contrast of the two in the call-and-response manner of the song gives the song life. The song makes use of the ‘wind metaphor’ with the man trying to convince the woman to just go with the flow and fall in love. It makes love seem effortless and reassuring, as it should be.

“You First” is where the album flips to the darker side of love as the first of the break up songs on this album. It is progressive in its story matter with Lim Kim speaking to a now ex-lover that has just broken up with her. The song seems like a lullaby, something to mark the end of a relationship. Melancholic in nature, the song speaks about the anger towards her ex-lover and how she is given no choice but to accept the end. The ending line of the song, ‘Fuck you, Ex-my love’, makes a large impact, rounding off the passive-aggressive nature of the song. 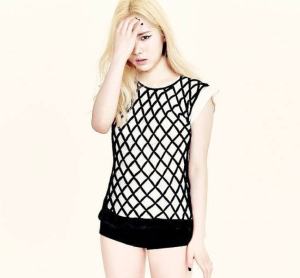 While the hurt is still felt in “You First,” “No More” is practically indifferent to the ending of a relationship, with Lim Kim taking an active role in the break up. Jazzy and upbeat, this is not someone that is lamenting over a lost love but one who instead chooses to say ‘Even when I see you, I feel nothing.’ It is a mature and realistic representation of the end of a relationship that isn’t addressed often due to the high stakes associated with romance.

So far there has been a strong musical element throughout the album where each song and its message flows with the beat to meet an end. The next two songs lose that feeling of working towards something and instead get lost in their own contrasting elements.

“Upgrader” is one of those songs as it seems to get lose itself in its components. It starts out with a simple electronic melody, but as more elements are added, all the different sounds start to blur together and not in a good way. This is not what you would expect from a song that tells the story of someone who has learned from their previous relationship and doesn’t regret the relationship and learning experience at all. Though Lim Kim’s vocals stand out and try to save the song by giving it direction, it sounds like she is working separately from the backing. The song is upbeat and optimistic, which fits the message, but it just seems to lose its direction when melodies start to blur. 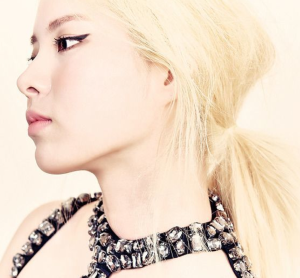 “Paper Bird” is another song that has elements which seem to drown in each other despite it being a simple acoustic piece. There are two elements to this piece: voice and guitar. Each element is enchanting to listen to on its own, as shown by the guitar solo in the middle of the song. However, together it feels like they’re competing for the attention of the listener instead of working together. The two contrasting elements are like two sound waves that peak in different places but occasionally meet in the middle for musical clarity. As a result, this song doesn’t feel needed on the EP.

While the EP has some stand out releases like “Awoo,” “Love Game” and “Barama” that I would gladly play on repeat for days, it is not the sort of album that I could fall in love with altogether. Though Lim Kim does address a wide range of romantic points of views, all the different songs feel like they are competing with each other. Though this does not discredit the songs on their own. However, for that reason I give this album the rating of 3.8 out of 5.

Readres, which tracks stood out or fell flat for you?