SNSD Change Direction in "Catch Me If You Can" 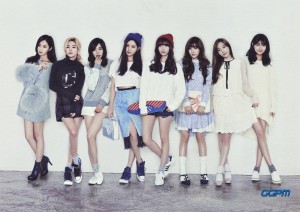 SM Entertainment is going through a self-inflicted period of transition, having to reshuffle some of their groups after members’ departures. First, it was Exo who recently came back after losing two members. The next challenge for the company was the legendary SNSD. Without one of their most prominent members, Jessica, all eyes were turned expectantly to the group to see how they would fare as 8 members.

Seeing as “Catch Me If You Can” is the group’s first MV since Jessica’s departure, it marks a turning point in their career. The song has been released in both a Korean version and a Japanese version, although it is primarily meant for the Japanese market. In many ways, the song and video go in a completely different direction to SNSD’s usual formula, which is appropriate for this transitional period.

From the very beginning, the setting of the MV draws the viewer into a different world, being the first sign that it was going to be different to previous SNSD releases. The video opens with a bustling urban landscape, focusing on posters promoting SNSD stuck all over a dingy underpass. Traffic and car headlights dazzle at the start, before the camera pans to reveal the members. Here’s where things go in a different, and refreshing, direction to SNSD’s usual fare. 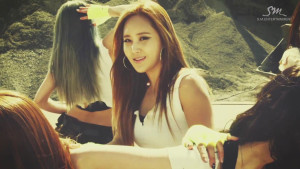 “Catch Me If You Can” packs attitude right from the beginning. This EDM track pulses with energy and grabs your attention immediately, and is a development of their recent dance-inspired songs such as “Mr. Mr”.

The lines are distributed in a different manner than usual with the lead vocalists amping the song up but other members like Yuri, Sunny and Hyoyeon actually getting a chance to sing. The song is at times confusing in the mood that it expresses, resembling the mish-mash that was “I Got a Boy”. “Catch Me If You Can” starts out edgy and a little aggressive with Yuri and Hyoyeon starting off in low, husky voices. The bridge, however, falls flat and does not suit the rest of the song, featuring the rather saccharine line “I’m going to find my heart.” 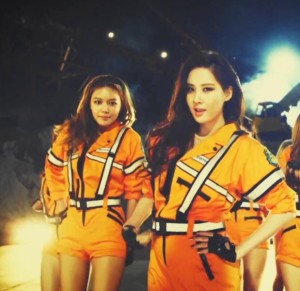 Things suddenly pick up again as the girls challenge the listener with a huskily whispered “Catch me if you can,” before the electronic beat drops again. Taeyeon‘s beautiful high note and the layers of harmonies towards the end are particularly magical. This song has a lot of potential to be remixed into an awesome club track, but its inconsistency can also be a turn-off for some listeners.

The lyrics tell a story of adventure and self-development, with the protagonist wanting to race ahead and experience new things, but also warning her lover that he might struggle to keep up with her. For her, a fast-paced, thrilling lifestyle is appealing despite the insecurity and risk it poses, with the chorus expressing her excitement to explore the world:

Don’t stop, go past the limit, look at the changed me
I’ve got a feeling
Suddenly, even this moment will become the new past 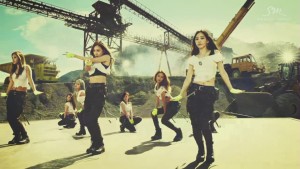 Throughout the video, the girls alternate between wearing boots and cargo pants, or construction-worker styled clothes. The edgy look suits them, and is arguably more trendy and more appropriate for the group at this stage in their careers and at this point in the general trends of the K-pop world. The girls’ visuals are stunning yet simple with everyone looking effortlessly gorgeous.

One of the key ways that this MV differs from SNSD’s earlier works is that it is more about the choreography than the story line. The choreography absolutely steals the show, with its swiftness and strength being something new and interesting to see from SNSD. The latter half of the MV is much more interesting in terms of the choreography and camerawork as the group divides into units and the camera pans between all of them, allowing each unit to get a moment in the spotlight. 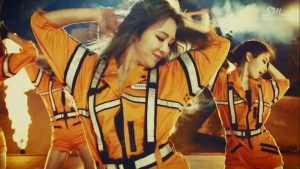 As usual, Hyoyeon slays the choreography, but members like Seohyun and Yoona also stand out in their ability to effortlessly keep up with the intense choreography. The wild nature of the choreography, especially in the chorus, allows for some unique moves that are a pleasant surprise to see.

The cinematography of the MV comes as no surprise to viewers. SM’s resources have clearly been allocated elsewhere (cough cough Exo’s comeback), and consequently, there is only one very basic set for the MV. The MV is at least filmed outdoors, getting outside the restrictive confines of the box set. That being said, the box setting can actually be forgiven to an extent as it allows the choreography to be the star of the show. The ‘one-take’ technique is also utilisied in some parts, focusing on individual members and transitioning between scenes. The camera flows between members, but zooms out flawlessly when it’s necessary to take in the whole dance routine. The only change of setting is when the scene suddenly transitions to a night scene with the bright industrial lighting giving a striking glow to the scene. 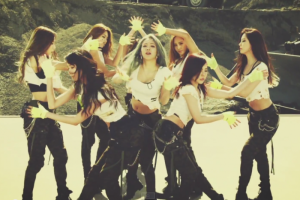 “Catch Me If You Can” is experimental and refreshing with a strong focus on choreography. It’s got all the hallmarks of an earworm song, making it sure to be a song that will blast across the dance floors of clubs around South Korea.