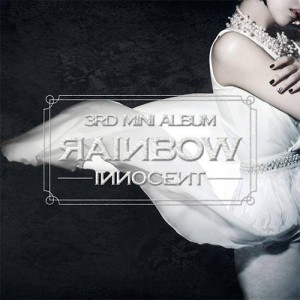 Following Rainbow’s delivery of the sultry and cobalt “Black Swan,” their 3rd mini-album Innocent prompts some pondering and makes a beautiful vignette that challenges our conceptions – both visually and musically, about what exactly innocence is. No bubbles, pastel skirts, sparkling eyes, or newfound crushes; just a dark, cascading iciness in search of lost innocence. After almost a year and a half of waiting and contrary to its album art, Innocent is a golden composition teeming with rhythmically relatable songs that do not disappoint.

The introductory track of the album is a testament to the impressive vocal abilities of Rainbow. “Bad Man Crying” unfastens with a sequence of attractive spoken words that are accompanied by solid drum beats and breathy vocals.

The rarity that is human composure breaking is explored in the lyrics as Rainbow recalls the memories of their “bad boy” crying and begging them not to leave. They are heartbroken, tired, and ready to move on but are prevented from doing so because their heart is still holding on, hanging on, and heaving on. The lyrics of “Bad Man Crying” hold brusque and aggressive sentiments, but primarily embody very vulnerable feelings of helplessness and once rapture. Hyun-young’s impressive vocal declaration serves as the pinnacle of the song and is melodiously encompassed by the softer vocal embroideries of Jae-kyung and Ji-sook; to add a smoother dimension to the song, Woo-ri’s dramatic rap accentuates with a quicker and raspier tone that is followed by a clear and sensitive rap from No-eul.

“Black Swan” is the shadow-laced and slightly garish title track following “Bad Man Crying.” The song is a K-pop commodity with its heavy disco, synth, and electronic beats, and the cumbersome chorus requires a good deal of adjustment. After listening to “Black Swan” a few more times with more thoughtfulness, the song morphs into a fancy and entertaining tune. The vocals of each member are showcased in “Black Swan” very confidently and make a lasting impression with their ranges and diversity. Sung-ah delves into a pained and rich range, and the broadening of Yoon-hye’s timid vocals can be heard throughout. The most unique aspect of the song is by far the lyrics themselves. Characterized by entrapment, transformation, and loneliness, “Black Swan” expresses the group’s desire to be accepted, loved, and protected from “bad dreams.”

Hug me, accept me

Hug me, accept me

I’m dancing on top of the moonlit lake once again

Next to perform on Innocent is the zesty and easygoing “Mr. Lee.” This track is quite simply a joy to listen to because of its musical modesty. Simple yet theatrical, consistent yet passionate, and terse yet resounding. Through “Mr. Lee” Rainbow crafts a story that embodies the timeless romance; falling in love, fixing up the lipstick, and wanting to be treated like a lady. 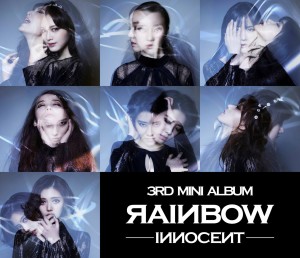 The initial melody of “Pierrot” for reasons unknown, reminds me of a crossover between a SHINee and 2NE1 song – and pleasantly so because the rest of “Pierrot” plays out very originally. The song has the metallic vigor of disco paired with the catchiness of electronic pop, which is primarily amplified through the chorus. The lyrics are enunciated and flawless in delivery, and this general clarity is what makes the song enjoyable. “Privacy” is the most instrumentally prominent song in Innocent with electronic drum beats, cymbals, and keyboard heard in the introduction and then continuing throughout the song. The correlation of vocals in “Privacy” save the song from dullness and repetition; elaborate, communicative, and refined, the unexpectedness of “Privacy” lies in the animated and engaging tune, and is a great spin on a song we would expect to be a dramatic and teary ballad (based on the title).

Embellished in nocturnal sensitivity, the last track on Innocent, “A Little More,” is just as mischievous as you think. A treat for the wandering heart seeking some warmth, the song melds the sleekness of silence with minimalist instrumentals and more focus on the progression of the husky vocals. Like the rest of the songs on Innocent, the complexly classy vocals of each Rainbow member add an unforgettable gravity to “A Little More.” 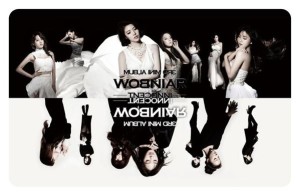 As a relatively new listener of Rainbow, Innocent is the album that is bound to make anyone gasp in shock at how versatile and talented of a girl group Rainbow is. In my case, it was the vocals that pulled me in and refused to let me free. Innocent is a poignant and amusing album that marks Rainbow’s ascent into maturity and intricacy – it’s all in the name; “Rainbow” clearly solidifies that this girl group is multi-talented and colorful beyond any other.