SPY Episodes 5-8: The Enemy of My Enemy 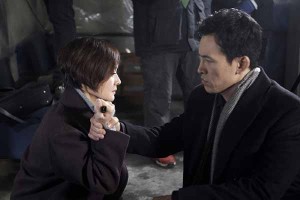 After episode four’s fiasco, we know Sun-woo’s mother, Hye-rim, has put her son’s safety in jeopardy — not to mention caused his mission to fail. Some of the excitement of the first four episodes, however, got a bit drowned in the glut of information writers Han Sang-woon and Lee Kang stuffed in them. Luckily, the following four episodes did much to smooth out the roughness of the first two weeks.

What seemed to be a jumble of intrigue has become a clear-cut game of cat and mouse between Hwang Ki-chul and the NIS. Though not the most chilling villain I’ve seen in a spy thriller, he’s most definitely a nasty character who lets nothing get in the way of his goal. We find out a bit about his nefarious past and the evil he’s truly capable of in episodes seven and eight.

But before all that, we get a taste of his unforgiving nature regarding those who dare to double-cross him. Ki-chul sees any attempt at disobedience, no matter how innocent, as a direct betrayal of the country. After Hye-rim’s lapse in judgment — rather, her belief that she could even remotely outsmart Ki-chul — he smacks her around a bit, giving her a bloody lip for her trouble, then tells her to bug Team Leader Song Joong-hyuk’s phone. Apparently a woman coming home with a mysteriously busted lip isn’t unusual in a Korean family, because no one sees fit to say anything about it, or at least it’s not something the writers felt needed explanation.

What holds Ki-chul back from being as cold-blooded as I’m sure the writers intended him to be is his apparent soft spot for the females he has in his charge. After all, he does let Hye-rim off with what essentially amounted to a warning not to cross him again. Thanks to Hye-rim doing a bit of freelance spy work, we find out Yoon-jin is indeed working for Ki-chul. When she gets lost in her feelings for Sun-woo and decides to try to get out of her task of following him, Ki-chul’s first response is to remind her of her family back on North Korea, then to essentially pat her on the head and tell her to behave like a good puppy. 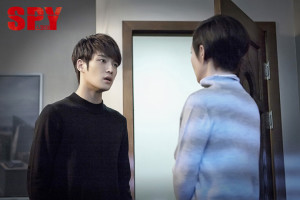 The females of the show, while not sticking strictly to the tropes inherent in Korean dramas, are very archetypical in action and character development. Hye-rim may have started out seeming like a strong-headed badass, but she’s simmered down to a simple housewife with lingering splashes of her former ruthlessness, but who ultimately thinks nothing of getting slapped around and begging for forgiveness.

Finding out Sun-woo’s girlfriend is working for her enemy of course only solidifies Hye-rim’s distrust in Yoon-jin—as if breaking into her apartment and snooping through a mysterious cell phone she found hidden in a clothes drawer (which, by the way, is probably the most preposterous place to keep something you want hidden) wasn’t any indication. While her suspicions may have been founded, in my eye — and in the eyes of her son — she appears to be nothing more than a jealous mother, desperate to keep her son’s affections for herself.

That may be a bit unfair, and maybe it’s just Bae Jong-ok’s execution of the character, but I’m still not completely convinced of her former spy glory. That being said, she does have the characterization of a caring mother and wife down. And quite frankly the relationship between Hye-rim and Woo-seok is just too cute to be true.

Yoon-jin is read too easily; There’s very little complexity to her character. Granted, anyone in her situation would do whatever they could to ensure their family’s safety. Obviously Yoon-jin’s connection to Ki-chul does nothing to assuage Hye-rim’s or the audience’s suspicions. She was suspect from the moment she walked on screen, and her actions don’t become any more subtle as the series continues. As in IRIS, we have a computer analyst who’s the typical pretty girl. However, unlike Hyun Jyu-ni’s character in the previous spy thriller, Ryu Hye-young’s Eun Ah appears to be nothing more than a girl desperate for a boyfriend, competent as she may be. 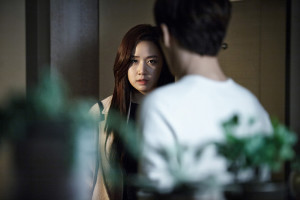 Many viewers are still skeptical of the casting choice of Ko Sung-hee. For my part, I wasn’t convinced the relationship really had a place in the show to begin with other than to serve as a device to propel Sun-woo’s character development. However, it’s clear it was written into the show to set us up for trauma: something big’s about to happen, and Sun-woo’s probably going to get caught in the crossfire.

It shouldn’t be a surprise that SPY’s complexity comes almost exclusively from the male cast; however, it still smarts a bit given some of last year’s female characters had a bit more depth. The show that provides the perfect prototype of how to give female characters more agency is only seemingly referenced as far as how to set the show up for exposure of political intrigue, which will inevitably end up being a plot between Korea’s governments for some type of nuclear superweapon, absolute governing power over Korea, or some other such outlandish power play.

In the midst of all this, of course, we have Sun-woo still diligently searching for the man who has a history of brutality. It’s revealed Ki-chul was part of an organization in North Korea spying on traitors to the party before he defected back to South Korea after a botched assignment, resulting in the bombing of a restaurant. The NIS computer database matches an old picture of him in the North with a fuzzy picture from the alley adjacent to where Soo-yeon was murdered. However, the software also captures Hye-rim’s picture. It’s enough to make Sun-woo do a double take, but he doesn’t follow up on it.

That, of course, ends up being of no consequence. The family has dinner with Sun-woo’s colleagues as a means to fulfill Ki-chul’s wishes of planting a hacking device in Team Leader Joong-hyuk’s phone. It’s truly one of the most uncomfortable affairs in the world. Tension is high, and it seems Hyung-tae recognizes Hye-rim. When Yoon-jin comes to dinner at Sun-woo’s request, the tension is especially thick between Hye-rim, Sun-woo, and Yoon-jin. 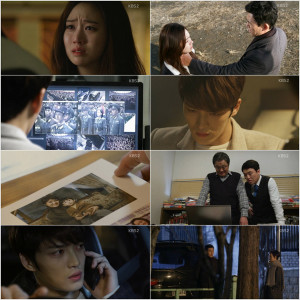 After the meal Ki-chul tells Hye-rim to call Joong- hyuk to her husband’s office for her final “mission.” He then promises he’ll leave her and Sun-woo alone. That passing niggle of suspicion at the back Sun-woo’s mind is realized when he sees his mother and Ki-chul talking out in the open (smart stuff, that).

SPY’s director, Park Hyun-suk, is definitely a master of photography. Some of the shots in the show are simply gorgeous. In episode five, we get a stunning shot of Yoon-jin submerging her face in water. The image is no doubt meant to symbolize both her need to collect herself and her ability to steel her resolve.

Some of the captivating camerawork aside, there are a few instances in which the show’s writers want the viewers to stretch their suspension of belief a bit further than may seem acceptable. For instance, during the investigation interview following the botched mission, Sun-woo is being recorded, yet he takes a phone call from an agent he’s using to get Soo-yeon’s family out of North Korea. He does this with at least a sneaking suspicion the NIS is trying to pin the death of an agent on him. Of course, why not? How exactly is it possible he has his phone on him during an investigation into a failed operation that he fronted in the first place? Wouldn’t they have confiscated it prior to a taped interview?

Though there are a few things still dangling in the air after the eighth episode, it seems the show is quickly starting to reach its climax. The audience is probably left wondering exactly who to trust beyond Sun-woo and his father, who’s still the most honorable character halfway through the show. However, Sun-woo catching his mother talking to the man he knows killed his partner and their allied undercover agent got the biggest gasp of the show thus far. There’s no doubt, it’s about to get real!